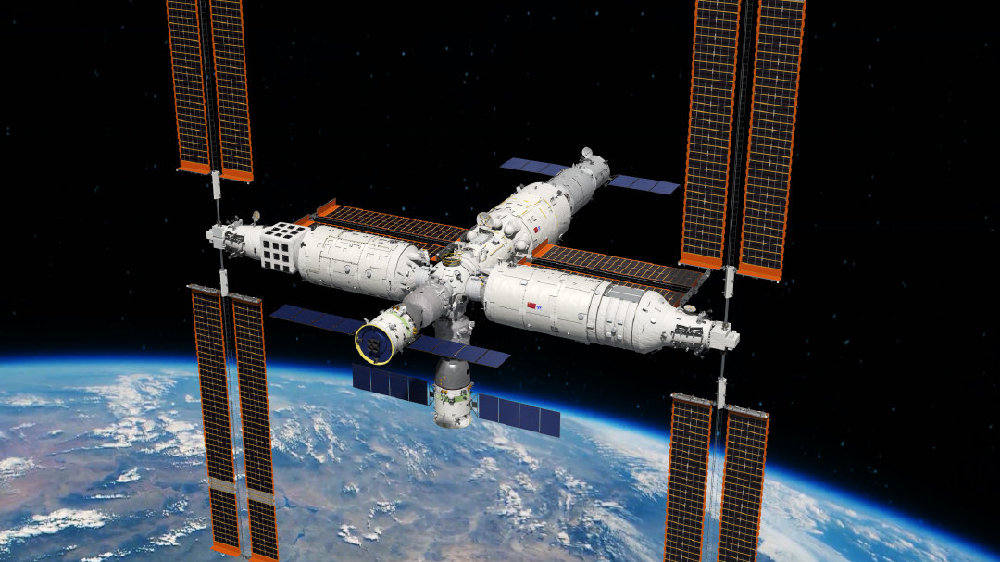 In order for Takionauts to have a “feel good” experience on the space station, the environmental control and life protection system of the space station must first have the necessary guarantee conditions for manned people, that is, the basic environmental control function that has made great contributions from the beginning of the Shenzhou spacecraft mission. Including the environmental control of the Takionauts activity area, such as air supply and pressure regulation in the cabin (total atmospheric pressure, oxygen content), ventilation and purification (wind speed flow field, carbon dioxide and various trace harmful gas concentrations, atmospheric cleanliness) and temperature and humidity control It also includes life support functions such as bedrooms, toilets, domestic water, and collection and management of excretion wastes, which are necessary for daily life . At the same time, a lot of noise reduction optimization work was carried out in the cabin. By adding sound-absorbing covers, sound-insulating panels, vibration isolators, and shock-absorbing pads, a quiet and comfortable environment was created for the Takionauts.

Not only that, from the perspective of the development process of manned spacecraft, it is the consensus of the international manned spaceflight development to build a space station, make astronauts stay in the space station sealed cabin for a long time, and conduct various space science experiments (experiments). To achieve this goal, the most critical core technology is the physical and chemical regenerative environmental control and life insurance (referred to as “regenerative life insurance”) technology . The Shenzhou spacecraft and space laboratory use non-regenerative life protection technology, and in order to achieve the goal of long-term economic operation of China’s space station and long-term astronaut residency, so that resources such as water and oxygen can be recycled, the project has developed a key technology of regenerative life protection technology. Validated and successfully put into use.

The regenerative environmental control and life protection system of my country’s space station is to establish a recyclable system similar to the earth’s environment in a sealed cabin. The Takionauts’ sweat and exhaled water vapor are collected through condensation and drying components, and purified into regenerated water for drinking. Collect and process it into drinkable pure water; use the circulating water to electrolyze oxygen through the electrolysis oxygen system; react the carbon dioxide collected in the cabin with the hydrogen produced by the electrolysis of water to obtain water again. Currently, the system includes 6 regeneration subsystems , namely, electrolytic oxygen production subsystem, carbon dioxide removal subsystem, trace harmful gas removal subsystem, urine treatment subsystem, water treatment subsystem and carbon dioxide reduction subsystem.

In the previous manned flight missions during the verification phase of the key technologies of the space station, the regenerative life support system has achieved the regeneration and utilization of resources such as oxygen and water in the space station through the operation of the first five subsystems, making the material closure of water resources more than 80%. After the Shenzhou 14 Takionauts crew entered the space station, the three Takionauts completed the assembly and testing of the carbon dioxide reduction subsystem carried by the Tianzhou 4 upward with the cooperation of the ground personnel.

The carbon dioxide reduction subsystem can further reuse the carbon dioxide produced by Takionauts’ breathing and act on the space station. Through the stable operation of the system, about one kilogram of water can be recovered in the space station every day, increasing the material closure of water resources to more than 90%. That is to say, more than 90% of the drinking water of Takionauts in orbit is produced by reclaimed water, and less than 10% is supplied by the ground through the cargo spacecraft .

The technological development of the environmental control and life protection system has always been aimed at the further improvement of the material closure. The researchers are conducting research on a new generation of physicochemical regeneration technology, such as further extracting water from the urine residual liquid produced by the urine treatment system, further recycling the water, and improving the The material closure of water resources; in the future, new technologies, such as biological regeneration technology, will be used to achieve food regeneration and achieve a higher level of environmental control and life protection technology, so as to maximize the recycling of space station materials.

The Shenzhou 14 Takionauts crew recently completed the installation and testing of the on-orbit assembly equipment for the environmental control and life protection system in the Wentian experimental cabin. As the backup of Tianhe core module, the Wentian experimental module cooperates with the core module to manage and control the manned environment of the entire space station in a unified manner during the daily operation of the space station, including the function of regeneration and life support. The core module and the sky-questioning module are connected to form a combination, which achieves the effect of perfect combination and efficient integration. It can not only play the role of double insurance as a “fixing sea god needle”, but also lay a solid foundation for the future reliable operation of the space station.

With the life “guardian umbrella” of the environmental control and life protection system, Takionauts can carry out a series of tasks such as material handling, living environment arrangement, and space science experiments on the space station, so as to create a more reasonable, spacious and comfortable “space home”. Adapt to the needs of longer-term manned space missions in the future.