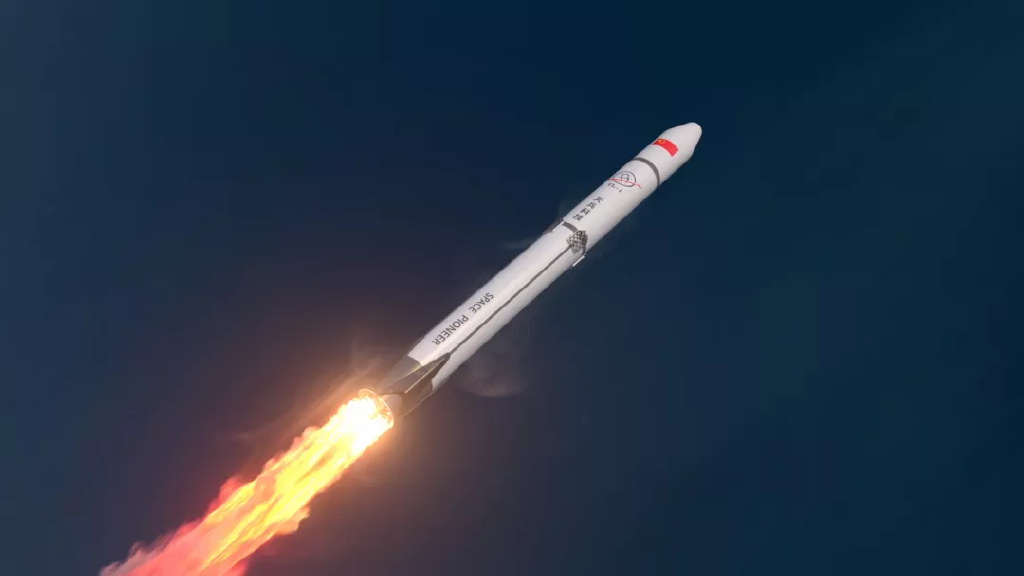 This test is to fasten the second stage of the “TL-2” rocket on the power system test bench for ignition and swing frequency sweep tests. Its purpose is to simulate the official flight state through ground tests, to verify the correctness of Tianbing Technology’s “TL-2” two-stage rocket scheme, as well as the booster delivery system, secondary engine, control system, measurement system, ground filling and distribution system, measurement system. The matching and coordination between the various links such as the sending and control system.

During the test run, the systems of the second sub-stage of the rocket worked normally and had stable performance throughout the whole process. All performance indicators met the design requirements. The systems participated in the test were efficiently matched. At present, the “TL-2” second-stage rocket’s final assembly test, hoisting and transportation, propellant filling and unloading, engine pre-cooling, electrical system measurement and control, engine swing and other links have been fully verified, and the entire system has successfully passed the test and assessment.

The engine used in this test is the only reusable supplementary combustion cycle liquid oxygen kerosene rocket engine in my country’s private aerospace industry. This type of engine is independently developed by Tianbing Technology, and adopts the industry-leading oxygen-enriched supplementary combustion cycle scheme, which greatly improves the utilization efficiency of propellant, and its performance is 10% higher than that of engines with the same thrust; at the same time, this type of engine not only has multiple ignitions It also has 50%~110% continuously adjustable thrust capability. It is the largest 3D printing engine in China, and it is also one of the representative achievements and core competitiveness of Tianbing Technology on the road of independent innovation.

At present, Tianbing Technology’s “TL-2” has completed the joint debugging of electrical systems, rocket assembly, and joint debugging of ground equipment. It is planned to carry out a full-system hot test run of the three-stage and one-stage rockets in the near future, and will make its first flight within this year…

Images and visuals are from their respectives also天兵科技 – 北京天兵科技有限公司Tianbing Technology- Space Pioneer..