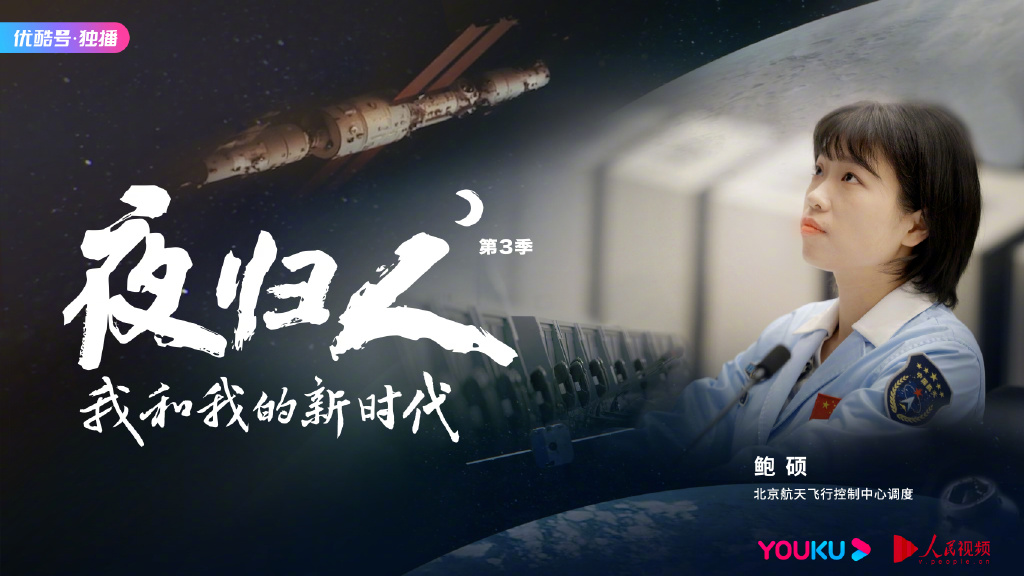 CNSA –China National Space Administration ….. Returning to the Television and media Screens on Youku Documentary Variety is   Searching for the night returner the latest preview of the third season of “The Night Returning” is coming. Bao Shuo, the chief dispatcher of the Beijing Aerospace Flight Control Center, is about to show her night return story. In order to say “Beijing understands”, she repeatedly practiced a calm voice and more the ability to parallelize tasks, work hard to exercise, and hope to better stick to the post. One person’s experience condenses the efforts of generations of predecessors. Let’s witness her space dream together

Bao Shuo, a “post-90s” girl, is the first female dispatcher at the Beijing Aerospace Flight Control Center. From “Chang’e 5” to “Tianwen No. 1”, the excellent completion of the mission has made many people remember this young but calm face. Bao Shuo said that every time She said the words “Beijing understands”, there was an extremely difficult responsibility behind it. #searching for Yeguiren… In the third season, see how the Beijing general dispatcher who ordered “Bafang” was made?  I didn’t expect the working with of Takionauts to be like this. Bao Shuo, the first female dispatcher of the Beijing Center, said: “We are more like a big housekeeper, guarding our spacecraft and Takionauts on the ground.” The spacecraft is regarded as a child, and she refuses to rest until he sees a safe landing. It can be seen that the astronauts have a very deep affection for the spacecraft. I look forward to the launch of the program at 10:00 tomorrow morning….. on Youku and People’s Daily..