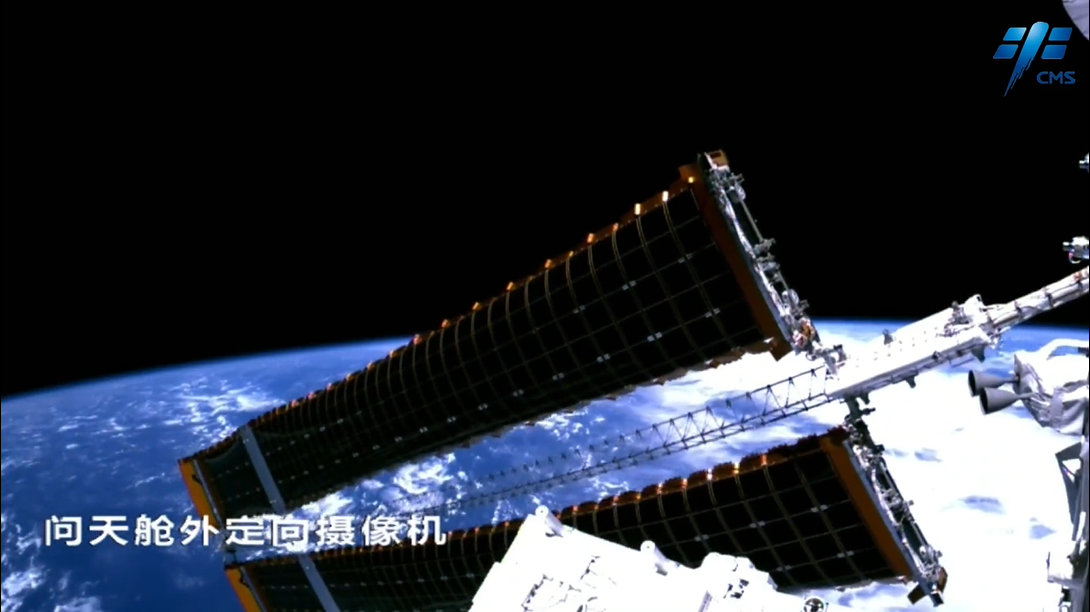 CNSA –China National Space Administration After Wentian experimental module entered orbit, the status setting was successfully completed. At 3:13 on July 25, 2022, Beijing time, it was successfully connected to the forward port of 天和 Tianhe Core Module. The entire rendezvous and docking process lasted about 13 hours. . This is the first time that two 20-ton spacecraft in my country- China- People’s Republic of China have achieved rendezvous and docking in orbit. …According to the mission plan, the Shenzhou 14 Takionaut crew will then enter the Wentian experimental module….. In which finally docked in early morning time of the 25th July 2022 in with CNSA –Beijing Aerospace City in which co-ordinated the docking maneuverers have achieved rendezvous and docking in orbit.…   in which the crew of the Shenzhou 14 staying for six months in construction of the stage one of the China Space station with the additional Mengtian experimental module in which will be delivered on the October 2022 Launch Schedule calendar..

The wingspan of the solar wing of the Wentian experimental module exceeds 55 meters, which is comparable to half a football field. The unfolded area of ​​a single wing can reach 110 square meters, which is equivalent to a three-bedroom, one-living apartment. The flexible three-junction gallium arsenide battery configured by Sunwing has a power supply capacity of more than 32kW, and a day’s power generation is enough for an ordinary family to use for one and a half months. In terms of deployment area and power supply capacity, the pair of “wings” is twice as large as the solar wing of the Tianhe core module.