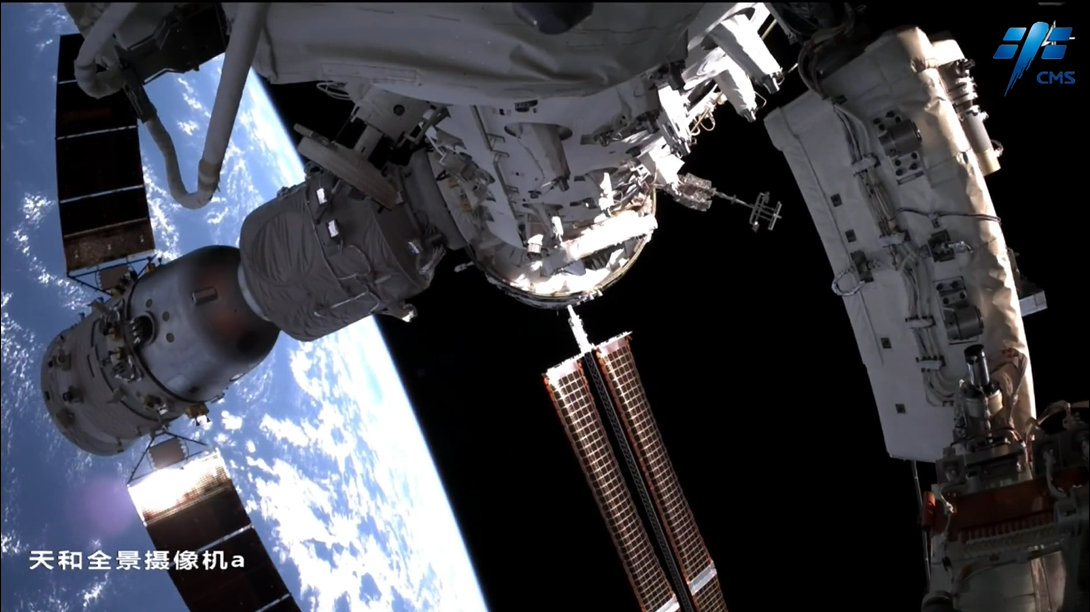 On the week of the 9th August 2022 the Takionaut Crew of the Shenzhou 14 vlogging Panoramic experience of the beauty outside the cabin from the Wentian experimental module….. module docking with the Tianhe core module, there are several more “viewing spots” outside the Chinese space station. Today, let’s take a look at the scene of Wentian’s sun wing slowly rotating against the background of the earth from the perspective of Tianhe and the beautiful view of the earth from the first perspective of Wentian….

Images and Visuals are from their Respectives ..