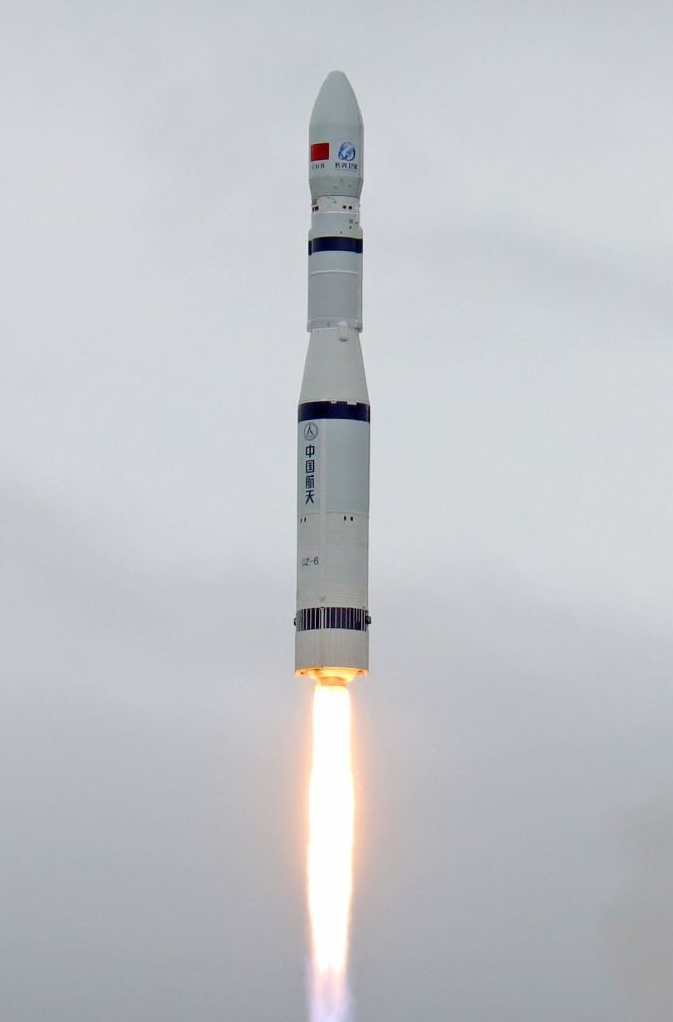 The Chang Zheng –Long March 6 Y10 Carrier Rocket sending the sixteen satellites, in which under the skirt of the flaring is satellite groupings including Jilin-1 Gaofen 03D09 and Yunyao 1 04-08 The satellites are mainly used in commercial remote sensing, atmospheric imaging and other fields deployment at Synchronous orbit, the launch mission was a complete successfully The sixteen satellites launched this time are provided by the aerospace science and technology group Great Wall Company as the general contractor to provide launch services, and the 16 satellites are all developed by Changguang Satellite Technology Co., Ltd.
…

The sixteen satellites launched this time are provided by the aerospace science and technology group Great Wall Company as the general contractor to provide launch services. The 10 Jilin-1 Gaofen-03D satellites are mainly used to obtain high-resolution optical remote sensing images, and the 6 Yunyao satellites are mainly used to image the atmosphere. This is the 432nd launch of the Long March series of launch vehicles.

The Gaofen series Remote Sensing Earth Sciences Satellite manufacturer is CAST – China Academy of Space Technology also in collaboration with its associate agency with CHEOS- China High Resolution Earth Observation System in which is design Built on a CAST 2000 Design Heritage Earth Sciences, in which is design for Translating Gaofen is High Resolution, also known as CHEOS- China High Resolution Earth Observation System, in which provisions in the real time observational data analysis of with high resolution multi spectra equipment imaging system in analysis for assessing environmental disaster warning, emergency response also for the protection for ecological, also providing support for infrastructure construction, transportation for various purpose of the Belt And Road initiative  … one of many specifications of the Gaofen 10 Earth Sciences satellite is The high-resolution satellite is a large-scale remote sensing satellite system for the national science and technology major special arrangement of the microwave remote sensing satellite, the ground pixel resolution is up to sub-meter …