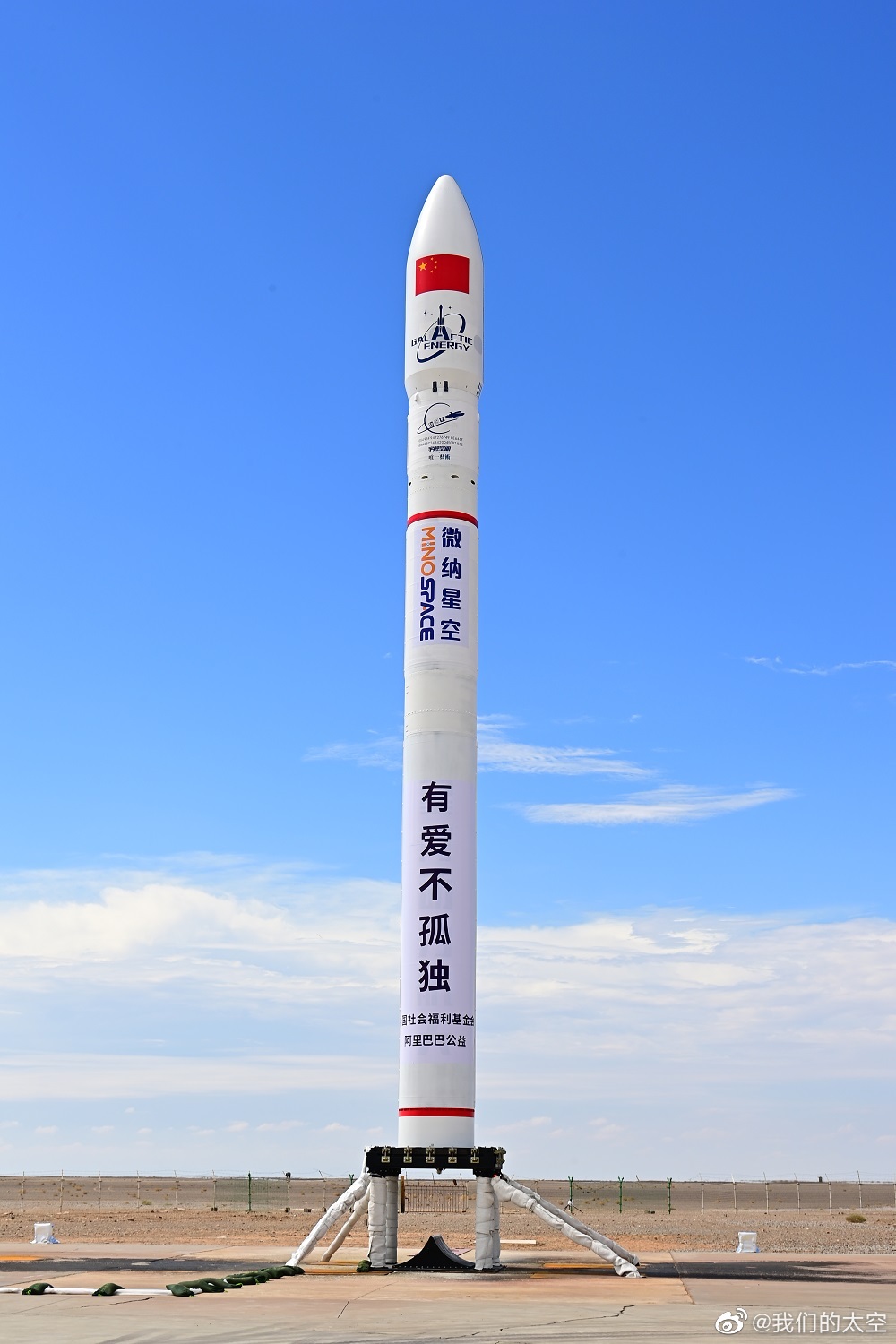 星河动力空间科技有限公司 Galactic Energy-  Galaxy Power (Beijing) Space Technology Co., Ltd. Located in Block D, Aviation Technology Plaza, E-Town, and Beijing – Beijing – China – People’s Republic of China ….Galaxy Aerospace is the first private aerospace company in China to achieve successful continuous launches, the first to send commercial networked satellites into a 500km sun-synchronous orbit, and the first to master the ability to launch multiple satellites with one carrier rocket. At present, Galactic Energy’s research and development team has a total of more than 100 employees, including 8 doctors and 20 masters. 90% of the staff has more than 5 years’ working experience in spaceflight industry with solid theoretical foundation and rich engineering experience.
Moreover, according to the needs of launch vehicle development, Galactic Energy also invites the experts in rocket integration, pneumatic, attitude control, engine, structure, policy, launch site, security and other aspects of the industry as our advisers. In addition, Galactic Energy also has a professional management and scientific research support team to ensure the whole process of rocket research, development, supply chain, support chain to be in a smooth operation condition.

Successfully launched at the Jiuquan Satellite Launch Center in China….  The satellite No. 01/02 and the Donghai No. 1 satellite, a total of three satellites, were successfully put into the predetermined orbit, and the launch mission was a complete success….. . The Taijing-1 01/02 satellite is mainly used to provide commercial remote sensing services, and the Donghai-1 satellite is mainly used to verify the multi-mode remote sensing detection technology of micro-miniature polarized light cameras. This mission is the third flight of the Ceres-1 launch vehicle.

In this mission, in order to better meet the needs of commercial satellite customers for carrying capacity and space envelope, the Ceres-1 rocket further the upgrade of the fairing and the rail attitude control power system was carried out. The diameter of the upgraded fairing was increased to 1.6 meters, the length was increased to 5.2 meters, and the total space inside the cover reached 8.1 cubic meters, which further optimized the loading space and improved the overall Carry and launch service capabilities.

Ceres-1 is a four-stage light commercial launch vehicle independently developed by Galaxy Aerospace. The first, second and third stages use solid power, and the fourth stage uses integrated liquid power for orbit control and attitude control. The rocket is 1.4 meters in diameter and has a total length of 1.4 meters. About 20 meters, the take-off weight is about 33 tons, and the maximum capacity of the 500-kilometer sun-synchronous orbit is 300 kilograms.

The “Ceres-1” carrier rocket is a four-stage light commercial launch vehicle independently developed by Galaxy Aerospace. The first, second and third stages use solid power, and the fourth stage uses integrated liquid power for orbit control and attitude control. The diameter of the rocket is 1.4 meters, the total length is about 20 meters, the take-off weight is about 33 tons, and the maximum capacity of the 500-kilometer sun-synchronous orbit is 300 kilograms. Innovative designs such as control, distributed orbit and attitude control power system, 3D printing orbit and attitude control engine, and vertical self-alignment are the most cost-effective and competitive light launch vehicles in the commercial launch market. Customized launch services such as flexible exclusive, shared, and onboard satellites.

The Ceres-1 (Yao-3) carrier rocket launched a total of 3 commercial satellites, “Taijing-1 01 satellites and 02 satellites” developed by Beijing Weinan Xingkong Technology Co., Ltd. Implement optical remote sensing and image data backhaul and ground image processing, and provide commercial business data services for forestry, agriculture, marine and other users. The satellite is used to verify the multi-mode remote sensing detection technology of micro-miniature polarized light cameras. At the same time, a number of domestic independent and controllable key technologies are carried out on-orbit verification, which lays the foundation for the provision of space-based satellite services and applications in oceans and other remote areas. In addition, this mission also carried the digital art logo of the partner Yujian Space, the sculpture “New Journey to the West” by artist Ren Zhe, and the group logo of Nuno Health Science entered space together.

This launch achieved three consecutive successful launches of the “Ceres-1” commercial rocket, and Galaxy Aerospace has maintained a 100% success rate. It has created a new record for the development of private rockets in China