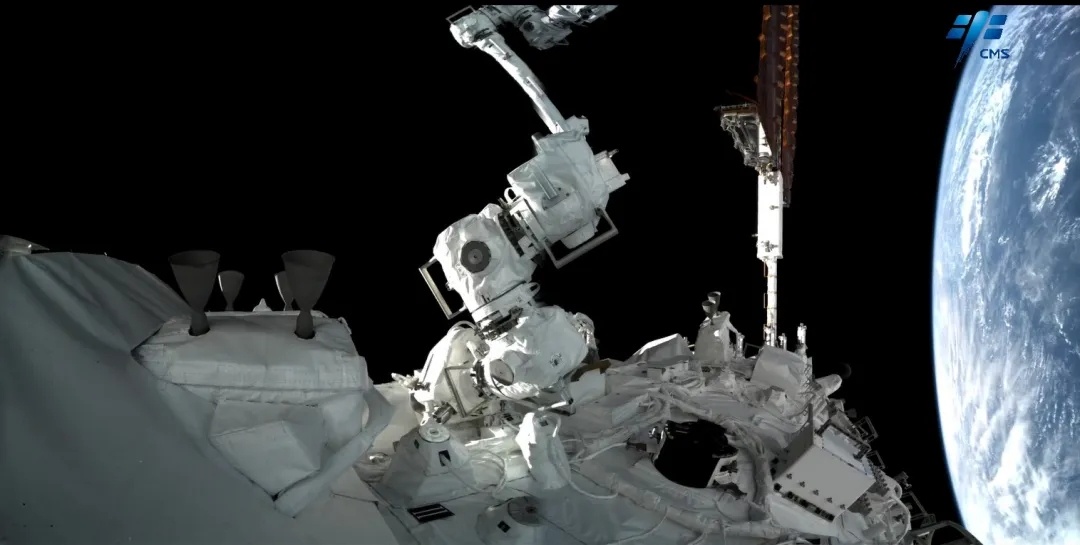 On  the 3rd August 2022 China Space Station’s little robotic arm is officially launched and the newest cutest worker,  The small robotic arm installed outside the Wentian experimental cabin shoulders the heavy responsibility of independently completing the installation and replacement of external loads and other care operations. Recently, the small robotic arm successfully completed the on-orbit test with the support of the ground personnel. Let us look forward to its wonderful performance in the future…

Wentian experimental cabin small manipulator completed the on-orbit test – Wentian experimental cabin small manipulator arm is more sophisticated, adopts a 7-DOF symmetrical configuration, and has an end effector at each end; its arm is nearly 6 meters long and can be operated effectively The space is about 5 meters, and the maximum load is 3 tons; it can be used alone or form a combined robotic arm with a large robotic arm; it supports Takionauts’ out-of-vehicle activities, extravehicular status inspection, extravehicular cargo transfer and installation, extravehicular maintenance and repair, and load 6 application tasks including care and maintenance of optical facilities….