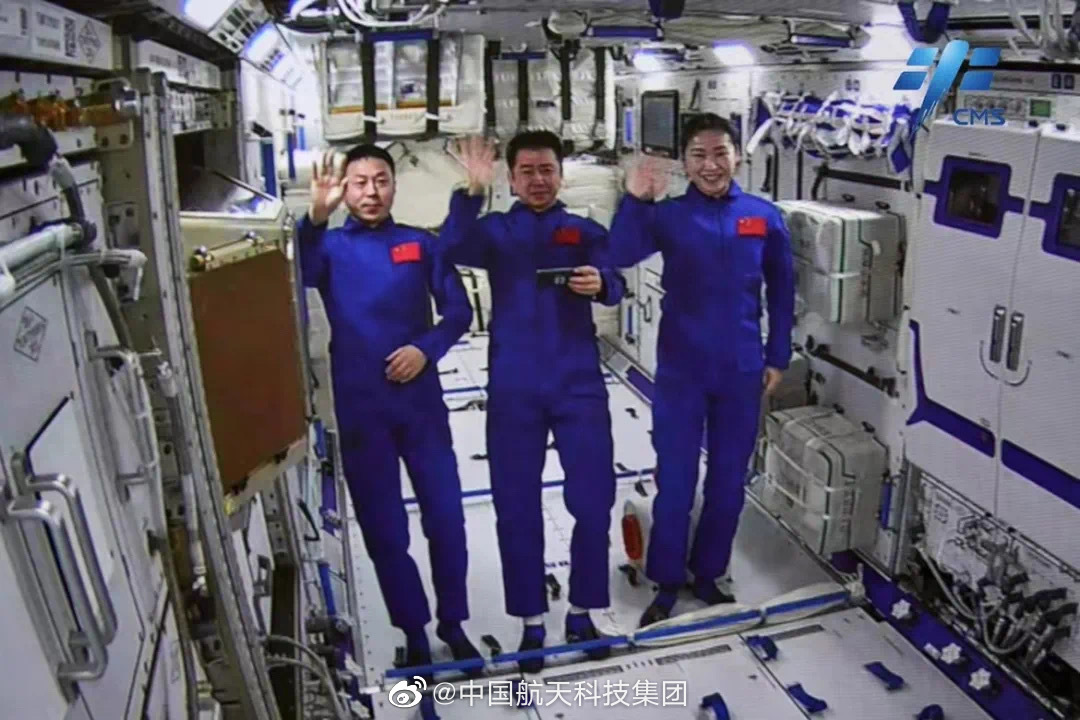 After Wentian experimental module entered orbit, the status setting was successfully completed. At 3:13 on July 25, 2022, Beijing time, it was successfully connected to the forward port of  天和  Tianhe Core Module . The entire rendezvous and docking process lasted about 13 hours. . This is the first time that two 20-ton spacecraft in my country- China- People’s Republic of China have achieved rendezvous and docking in orbit. …According to the mission plan, the Shenzhou 14 Takionaut crew will then enter the Wentian experimental module….. in which finally docked in early morning time of the 25th July 2022 in with CNSA –Beijing Aerospace City in which co-ordinated the docking maneuverers have achieved rendezvous and docking in orbit.…

On a successful day of the 25th July 2022 the Shenzhou 14 Takionaut Crew 刘洋 LiuYang 陈冬 ChenDong、蔡旭哲CaiXuhe successfully entered the Wentian experimental module …According to the China Manned Space Engineering Office, the Shenzhou 14 Takionaut crew successfully opened the Wentian experimental module at 10:03 Morning Hong Kong SAR- Beijing Time on July 25th, 2022 The cabin door and smoothly entered the Wentian experimental cabin. This is the first time that a Chinese Takionaut has entered a scientific experimental cabin in orbit. In the follow-up, on-orbit work such as combined body attitude fusion control, small robotic arm crawling, and combined testing of large and small arms will be carried out as planned, and astronauts will be carried out by using the airlock cabin and small robotic arm for Takionaut exit activities…..