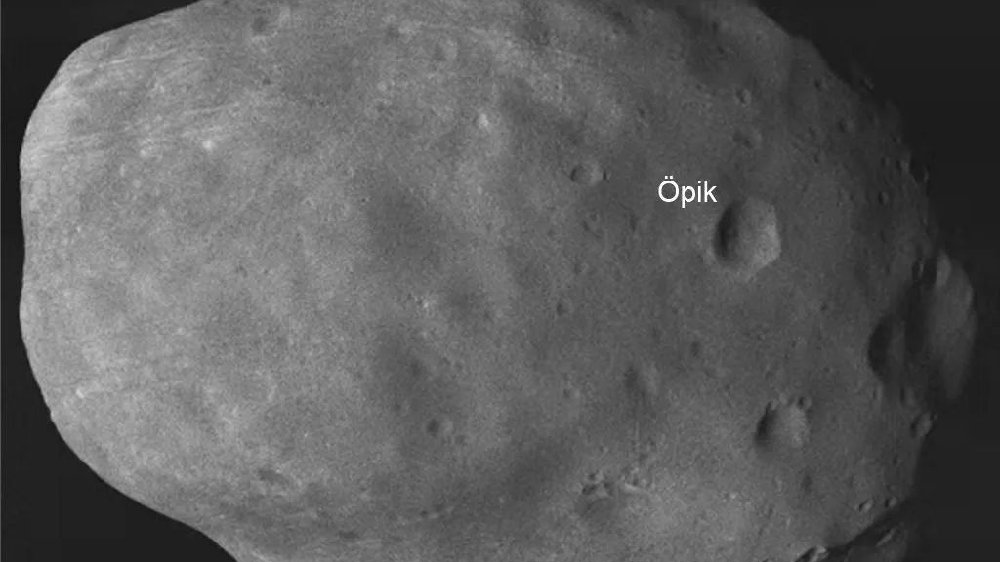 23 July 2022 Today is the second anniversary of the launch of the Tianwen-1 mission, and the orbiter returned Phobos images. Recently, the Tianwen-1 operation team seized the opportunity when the orbiter was relatively close to Phobos, used a high-resolution camera to image Phobos, and obtained a clear image of the “full moon” state.

The image shows that Phobos is a small celestial body with irregular shape, in the shape of a potato. The stripes on the surface can be seen in the upper left of the picture, which may be formed by the impact of the impact process. There is an obvious impact crater in the upper right of the picture, with a diameter of about 2 kilometer, named Öpik crater (Upik was an Estonian astronomer, known for his research on asteroids and meteorites).

Another satellite of Mars is Deimos (Deimos), with an average radius of only about 6.2 kilometers. The two satellites are named after the two sons of Ares, the god of war in ancient Greek mythology. The Greeks used to call Mars by Ares. Both moons are small irregular objects that many scientists believe were captured by Mars’ gravity into Mars’ orbit, but their origins remain controversial.