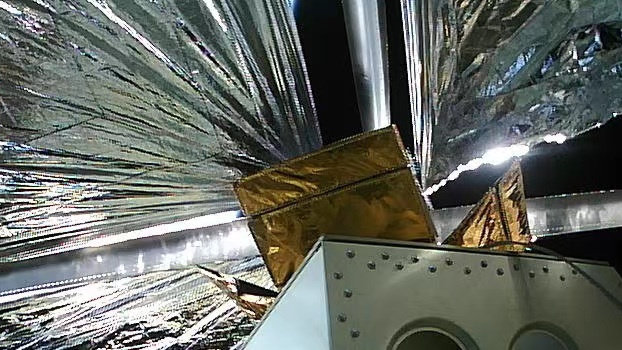 On that day also On June 23th 2022, the Chang Zheng Long March 2D Yao 64 carrier rocket was successfully launched. On June 26, the de-orbit system configured on the rocket load bay successfully deployed the de-orbit sail device in orbit. This is the largest off-orbit sail product in China at present, with a sail surface area of ​​25 square meters in a fully unfolded state. With its pilotage, the launch vehicle load bay weighing about 300 kilograms will re-enter the atmosphere within 2 years, releasing valuable orbital resources and reducing space debris.

The off-orbit sail is a thin-film structure that can be deployed on a satellite (or spacecraft) and can be deployed autonomously in space. The windward area uses the aerodynamic resistance formed by the thin atmosphere in the low-orbit environment to slowly decelerate the satellite and gradually leave the original orbit.

Without de-orbit measures, a 700-kilometer-high, 15-kilogram satellite will occupy orbit for 120 years or more after the end of its life; if de-orbit sails are configured, the orbit time can be shortened to less than 10 years . Moreover, the de-orbiting sail is used to implement de-orbiting without consuming fuel. Even if the spacecraft fails or is out of control, de-orbiting can be effectively implemented.