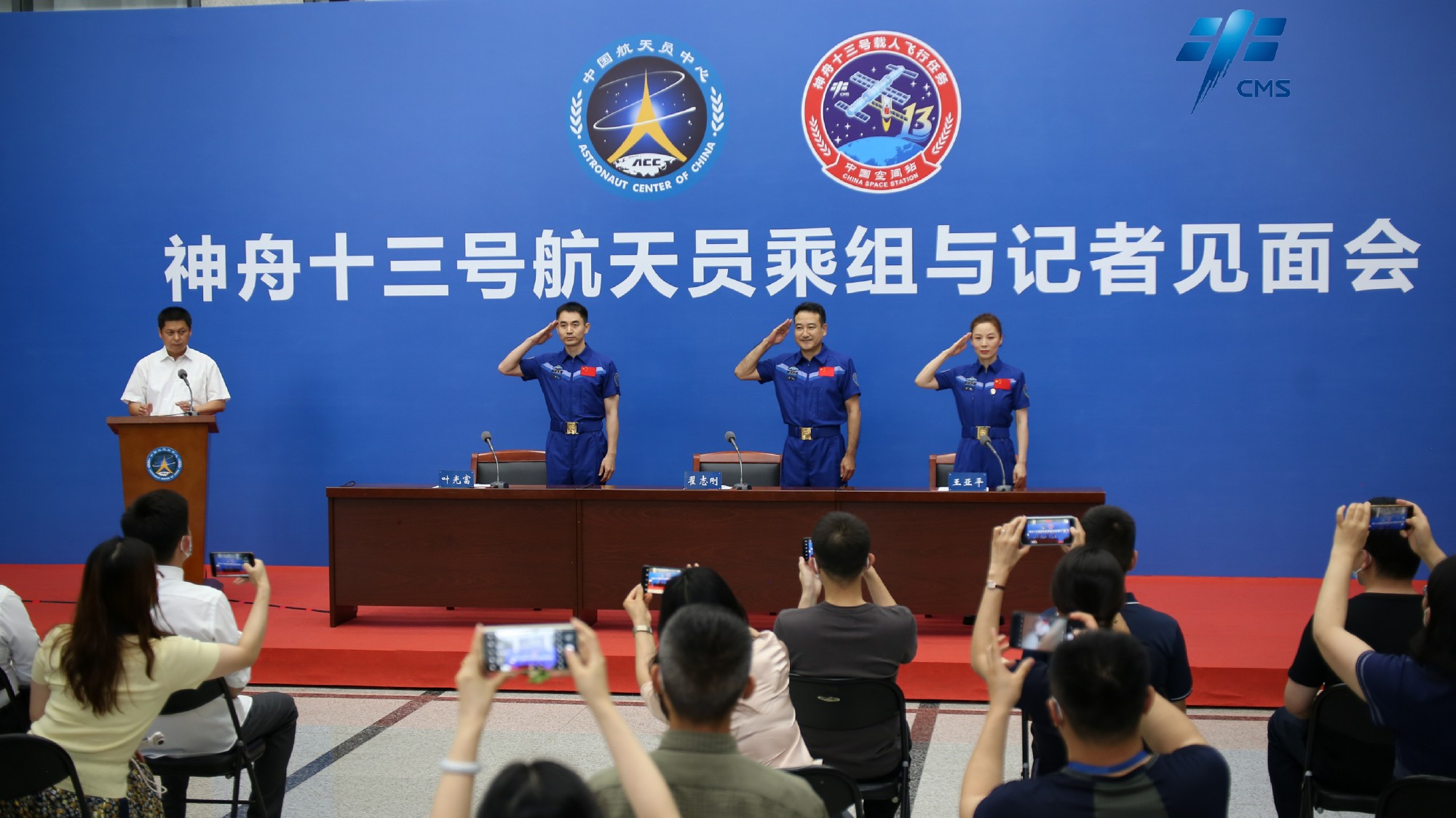 中国空间站 On currently on 28th June 2022, the Belt and Road Initiative CNSA –China National Space Administration  CSS China Space Station in which on a three to six months setting up a new home of the first three Shenzhou 13 finally came home back now at the moment of 28th June 2022 the crews  Meet for the first time 74 days after returning to Earth! # Shenzhou 13 crew and reporters meeting held Takionaut On the afternoon of June 28, 2022, the Shenzhou 13 Takionaut crew Zhai Zhigang, Wang Yaping, Ye Guangfu returned 74 days later, and met with media reporters in Beijing Aerospace City –Beijing – China – People’s Republic of China. This is the first time the Shenzhou 13 astronaut crew has officially met with the media and the public after their return after their six months stay in preparing for the construction of the China Space Station – Tiangong Space Station..

At the meeting, Jing Haipeng, captain of the astronaut brigade and deputy commander of the Takionaut system, introduced the recovery situation and follow-up plans of the astronaut crew after their return. According to reports, after the astronaut crew returned, they completed various tasks in the stages of isolation and recovery, recuperation and recovery, and have been fully transferred to the recovery and observation stage. At present, the Takionauts are in good physical and mental state, the results of various medical examinations are normal, the exercise cardiopulmonary function has basically recovered, and the muscle strength, endurance and bone density have been well recovered, achieving the expected results. After completing various tasks during the recovery period and conducting a recovery and health assessment summary, the three astronauts will be transferred to normal training.

At the meeting, the crew of Shenzhou 13 Takionaut answered questions from reporters on the stage of their stay in the space station and after their return…..