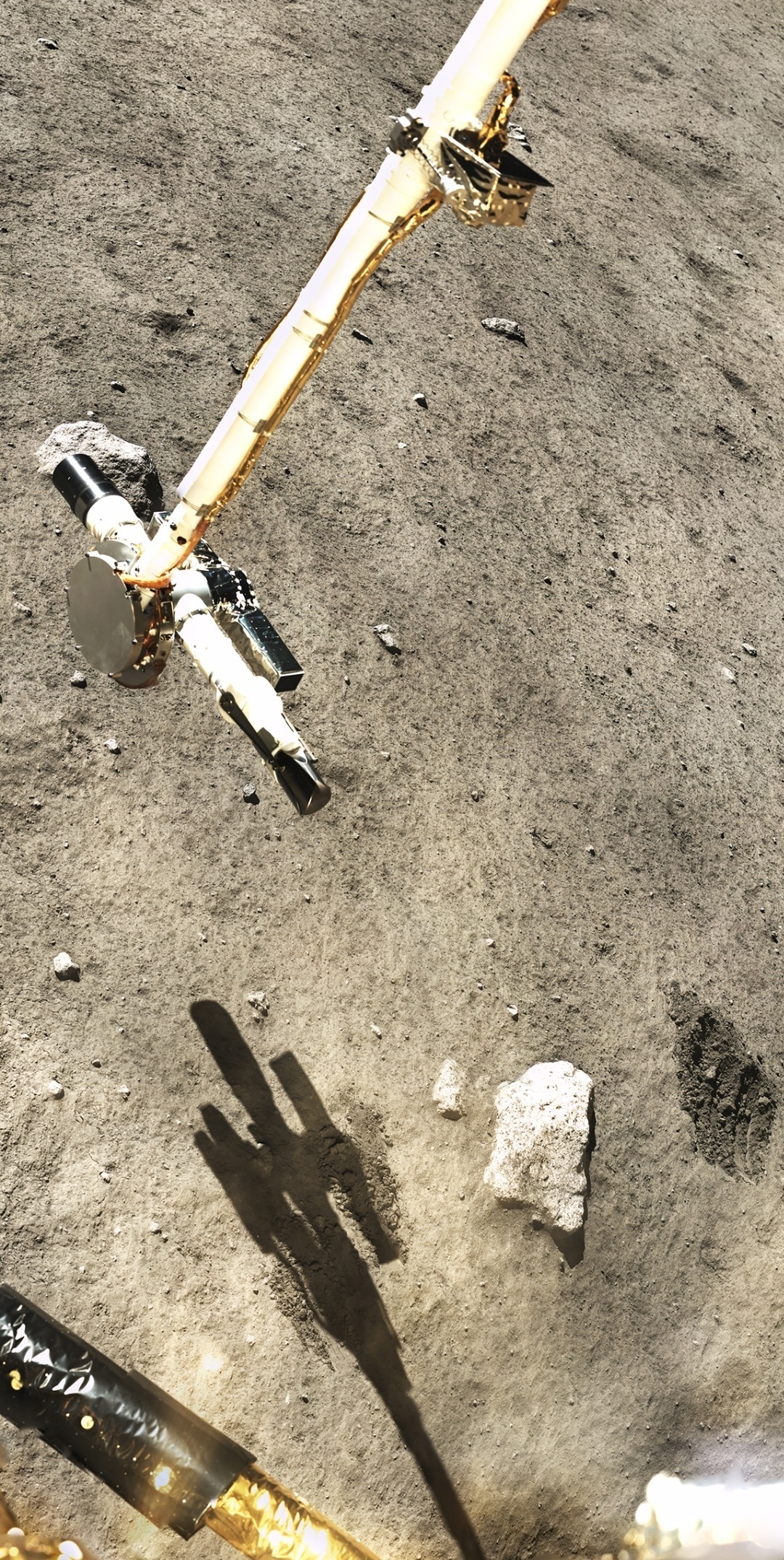 [The new results of Chang’e 5 reveal the distribution characteristics of lunar surface water in the landing area. The lunar soil contains water in the form of hydroxyl groups]

On June 15, “Nature Communications” published an important research result of my country’s Chang’e 5 online.
Whether there is water on the moon, how much water there is, what form of water it is, and where the water comes from is controversial, and it has always been a research hotspot in lunar science. At the beginning of the Chang’e-5 mission project demonstration, the research team proposed to extend the spectral range of the lunar mineral spectrometer on the lander to 3.2 μm, and realized the first in-situ detection of the spectral absorption characteristics of lunar surface water in the world. In order to avoid the impact of the dynamic “water” (hydroxyl OH) when the engine plume and the solar wind bombard the lunar surface on the in-situ spectral analysis, the research team carefully designed the timing of acquiring the in-situ detection spectral data. The detection timing was selected 6 hours after landing to avoid the influence of the engine plume composition when the CE-5 probe landed; The dynamic “water” of the lunar surface; the moon (landing zone) is under the protection of the earth’s magnetic field during the spectral measurement, which shields the solar wind and avoids the dynamic “water” (hydroxyl OH) factor produced by the bombardment of the solar wind. In this environment, the Chang’e-5 spectrometer can obtain a “clean” absorption spectrum of “water”. After strict correction and analysis, the research team found that the lunar soil in the Chang’e-5 landing area obviously contains “water” in the form of hydroxyl groups. But the average content is low, only about 30ppm.

At present, it is believed that there are three main sources of lunar “water”: one is (dynamic) hydroxyl substances produced by the interaction between solar wind particles and lunar surface materials; the other is water and hydroxyl-containing substances brought by comets or meteorites that hit the moon; Lunar primary (internal) water. After the lunar samples were returned to Earth, the research team conducted a systematic analysis of the returned lunar samples in the laboratory. The laboratory spectral analysis once again verified the clear existence of hydroxy water, but the research on the existence form, content and source of “water” requires detailed research. Mineral petrological analysis. The Apollo lunar sample study believes that the (impact) cemented glass in the lunar soil contains hydroxyl substances formed by the long-term injection of the solar wind, and the content of cemented glass is an important factor affecting the “water” content in the lunar sample. Laboratory analysis of the returned samples showed that the Chang’e 5 lunar sample is a type of young basalt with a very small content of cemented glass (less than 16%), which is only 1/3 of the Apollo 11 lunar sample, so it is estimated that the Chang’e 5 lunar soil sample The “water” from the solar wind injected into the cemented glass is not more than 18ppm. At the same time, the foreign impact sputters in the lunar soil samples of the Chang’e-5 landing area are very low, and their contribution to “water” can be ignored. Therefore, there must be primary water originating from the interior of the moon in the Chang’e-5 lunar soil samples. Laboratory analysis of the Chang’e-5 lunar samples found at least one hydrous mineral, hydroxyapatite, whose content was uneven, ranging from 0 ppm to 179 ppm (average about 17 ppm) in equivalent samples of hydroxy water, proving that The presence of “water” from the magma crystallization process in the Chang’e-5 lunar soil samples indicates that “water” not only existed, but also played a very important role in the late lunar magmatic activity.

The lunar in-situ detection spectral data of this research result were obtained by the Lunar Mineral Spectrum Analyzer developed by the Shanghai Institute of Technical Physics, Chinese Academy of Sciences. The operation management, data reception and processing of the scientific detection load were carried out by the National Astronomical Observatory of the Chinese Academy of Sciences (Lunar Exploration Engineering Ground Application System).