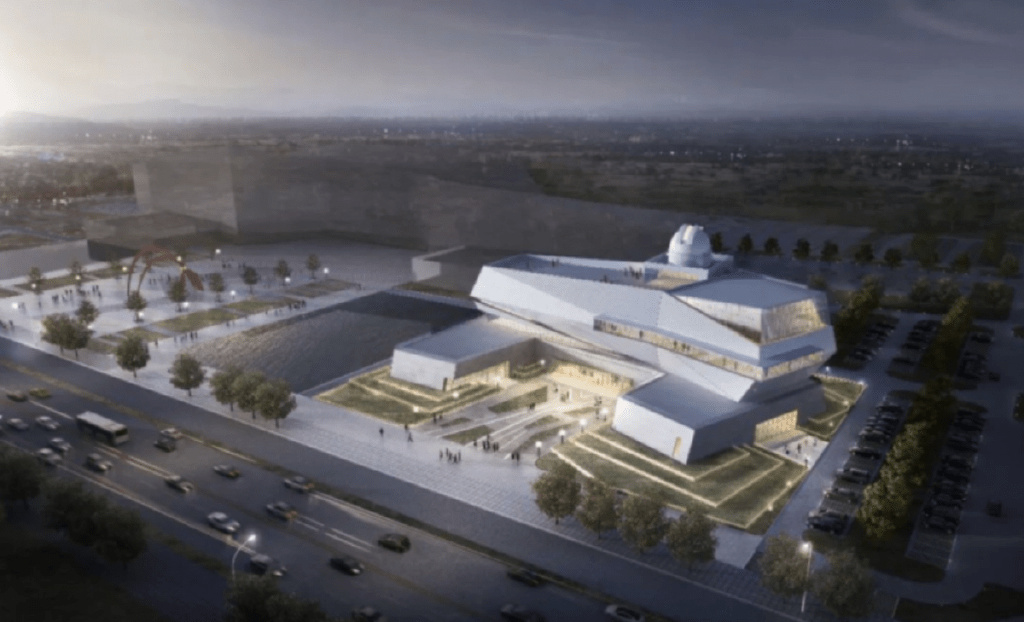 This one-meter-class refractor telescope can monitor variable stars, poor photometry of binary stars, and supernova monitoring. The scope of monitoring includes celestial bodies in the solar system, stars in the Milky Way, and even some nearby galaxies in the outer reaches of the Milky Way can also be observed.
In addition, in scientific research work, this one-meter-class refracting telescope will be used for space target observation, providing space early warning services for my country’s space launch activities and the on-orbit operation of spacecraft.

In addition, the Tibet Planetarium after its completion will also undertake a special mission, that is, to carry out astronomical science popularization activities that are easy for the public, especially young people to participate in and accept, and popularize astronomical science knowledge through exhibitions, training, experiments, video broadcasts, lectures, etc. , to spread scientific ideas.

”The world’s highest-altitude planetarium, coupled with the world’s largest refracting optical astronomical telescope, will have a huge appeal to local people, domestic and foreign tourists, and astronomy enthusiasts. The scientific and cultural literacy of the public plays a unique and important role.” Wang Junjie said that he believed that the Tibet Planetarium would become a new local Internet celebrity landmark, attracting local people and global tourists to visit.

Wang Junjie said that in recent years, the astronomical undertakings in Tibet have been developing continuously, from the Tibet Yangbajing Observatory, the first professional observatory in Tibet, the National Astronomical Observatory, to the Ali Observatory of the National Astronomical Observatory in western Tibet. The former has a submillimeter-wave telescope in cooperation with Germany, which mainly explores star formation, organic molecules, etc. The latter is still under further construction, including gravitational wave telescopes, optical telescopes and other equipment.