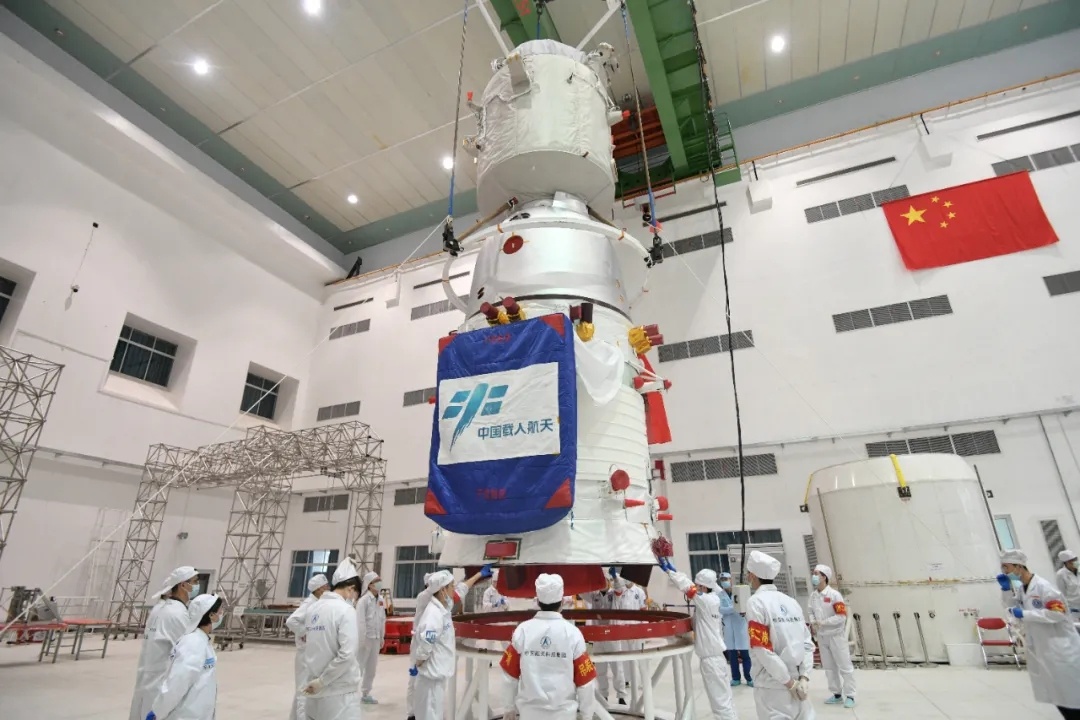 The “unchanged” and “changed” of the Shenzhou spacecraft ​​On June 5, the Shenzhou 14 manned spacecraft flew into space with three astronauts, Chen Dong, Liu Yang, and Cai Xuzhe . The first manned launch mission during the construction phase of China’s space station was successful.

​The key technologies of the space station and the Shenzhou 12 to Shenzhou 15 planned in the verification and construction stages adopt the group batch development mode.

Unchanged: Possess all eighteen martial arts in the construction and operation phases of the space station

Shao Limin, deputy technical manager of the manned spacecraft system project of the Fifth Academy, believes that the most important thing for a product to be developed in batches is to have a relatively robust design. Only when the product design is robust and the key projects are bottomed out can mass production be possible; mass production can form a scale, achieve stricter management, achieve high quality, ensure success, complete tasks with high efficiency, and meet the high-density launch requirements of space station missions.

Take rendezvous and docking as an example. Shenzhou 14 adopts a 6.5-hour autonomous rapid rendezvous and docking mode, which is exactly the same as that of Shenzhou 13. After the spacecraft is launched into orbit at the Jiuquan Satellite Launch Center, it will complete 6 orbit changes within 3 laps. After 4.5 hours, it will reach a position about 50 kilometers below the space station, and then pass through the mid-aiming point and the parking point. After adjusting its attitude to vertical flight, it will stop. Radial docking port below the space station. “The meeting is not difficult. The advanced technology has been verified and mastered. If the task requires, the speed of the meeting and docking can be faster.” Zheng Wei said.

Since the Shenzhou 14 spacecraft entered the Jiuquan launch site in August 2021 and completed the standby state setting, it has been on standby at the launch site for a total of seven months, the longest in history. During this period, the test team confirmed that the state of the spacecraft meets the emergency launch conditions through the first inspection of the “Beijing-Jiuquan” remote launch site, and verified the rolling backup mode of “one ship launches and one ship on standby”, laying a solid foundation for the continuous application of this mode in the future. foundation.

“Today, the team’s philosophy has changed from breaking through key technologies to ensuring mission reliability and astronaut safety. Looking at the world space stage, the safety of the Shenzhou spacecraft is second to none.” said Gao Xu, chief designer of the manned spacecraft system.

Looking back at the history of Shenzhou spacecraft, starting from the flight of Shenzhou-1 in 1999, every new spacecraft has contained exploration and breakthroughs in the past ten years. Today, the Shenzhou spacecraft developed in batches does not seem to have changed, and the development and production model has undergone tremendous changes.

With the characteristics of high density, normalization and diversification of manned space launch, the Shenzhou team will carry out the return, two rendezvous and docking, and three emergency rescue standby tasks as planned this year, involving Shenzhou 13th to Shenzhou 16th. There are a total of four Shenzhou spacecraft, and the ground development work of Shenzhou 17 and Shenzhou 18 will be carried out in parallel.

In this mission, the Shenzhou team adopted the scientific management mode of remote collaboration between Beijing and Jiuquan to maximize the role of the team and ensure that the launch model and the pre-factory model are developed in parallel. He Yu, the chief commander of the manned spacecraft system of the Fifth Academy, led the team to complete the launch site work of the Shenzhou 14th and 15th spacecraft; the chief designer Jia Shijin stayed in Beijing to grasp the flight control line and the support line, and led the rear team to prepare the follow-up models. The tasks of product delivery, final assembly testing and other work are racing against time, day and night.

“Even if the technical status remains unchanged, the people and processes related to the product will change. As a manager, we must analyze and identify the hidden risks brought about by these changes, and take measures to eliminate them.” Gu Gu, deputy commander of Shenzhou spacecraft in the Eighth Academy According to Side Feng, in terms of personnel operations, product details, etc., each task changes, and risks must be fully identified and processes must be continuously optimized.

For example, when Shenzhou No. 12 and No. 13 carried out leak detection in the propulsion cabin, the team found that the original operation of disassembling and assembling the front-end hoisting accessories may bring hidden dangers. After the team discussion, solid tests were carried out in Shanghai and Beijing, and the process was finally optimized, and the disassembly and assembly of accessories was eliminated, which not only reduced operational risks but also saved time.

The Shenzhou spacecraft developed by the group seems to be in the same technical state, but in fact there are many soft improvements and “invisible innovations”.

For example, when the Shenzhou 13 spacecraft returned, the return plan was changed from the originally planned 11-lap return to 5-lap return. After the improvement, the preparation time and on-orbit waiting time of the astronauts when returning were significantly shortened, and the return comfort was significantly improved. The astronauts also expressed their appreciation for this fast return after returning.

“Although the product design has been fixed, there are still many innovations in the application mode of Shenzhou spacecraft. The change in the return plan is a typical soft improvement, and the effect is very obvious. The team will continue to make breakthroughs in this area in the future.” Shao Limin said, “In addition, there are also There are many invisible changes, such as the continuous improvement of flight control contingency plans.”

For example, when the Shenzhou 14 and Shenzhou 15 spacecraft are in orbit at the same time, the principle of the flight control team is “seam connection”, that is, the two spacecraft will not be allowed to overlap and operate at the same time, and the program will be cut apart. But when preparing for the task, the team will choose “seamless connection” and prepare according to the most complex situation to ensure that the task is foolproof.

Such “invisible innovations” are also numerous in the Eighth Academy.

In the event of an emergency, what is the ability of the docking mechanism to withstand impacts? How does the sealing material perform? What is the adaptability of the energy system under different working conditions? How to further optimize the process of the solar wing deployment test at the launch site? Yang Huaxing, the chief designer of the manned spacecraft of the Eighth Academy, told reporters that the Eighth Academy is mainly responsible for the power supply subsystem of the Shenzhou 14 spacecraft, the docking mechanism subsystem, the structure and assembly of the propulsion cabin, the overall circuit, the three-cabin distributor and the propulsion cabin cable. network tasks. According to the risk analysis results, the team carried out a series of test verification and simulation analysis work, comprehensively and meticulously carried out technical risk control, and went all out to ensure the successful completion of the flight mission.