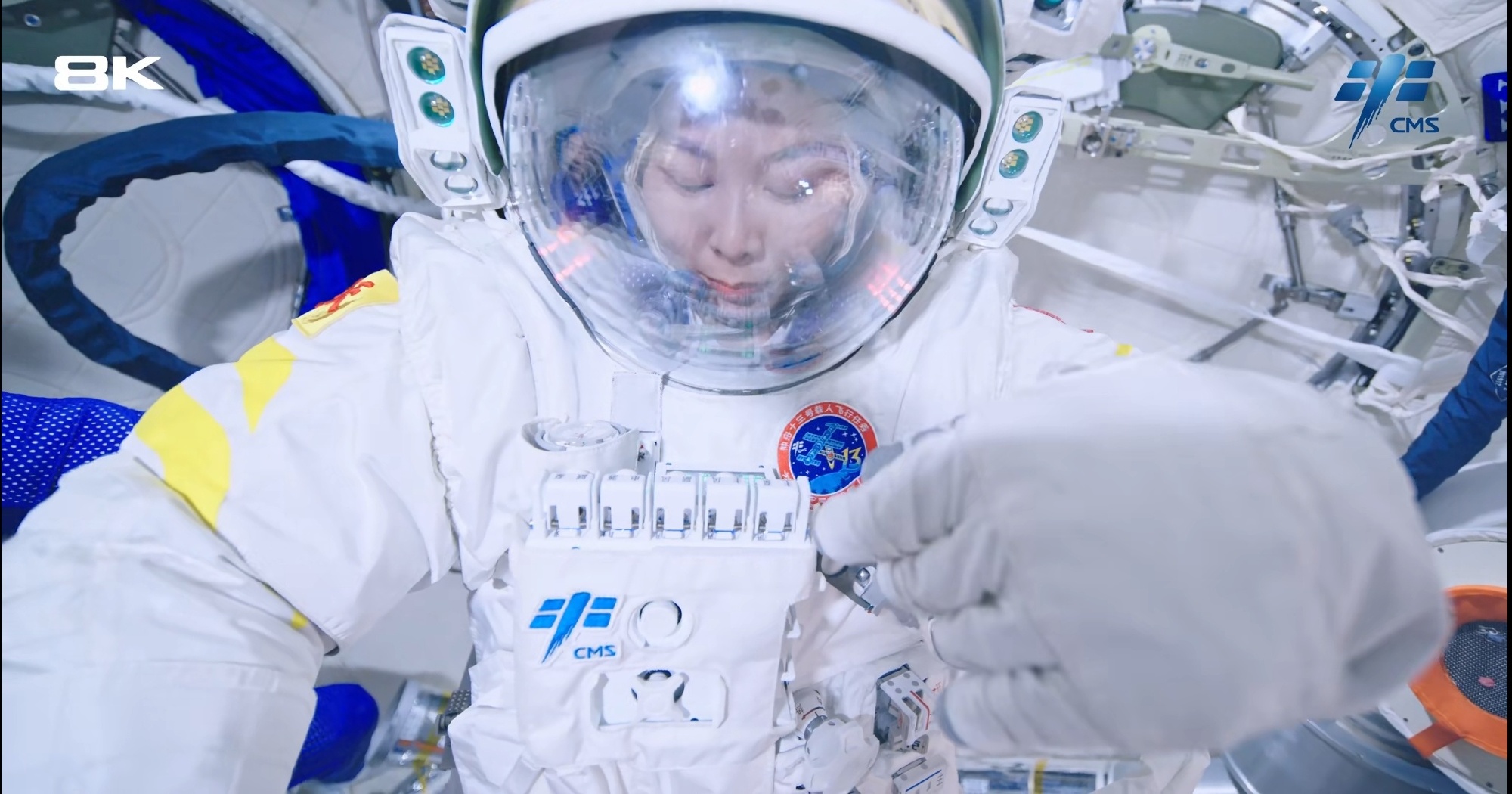 On the Day of the Dragon boat  3rd June 2022 released   immersed in the scenes…..!shooting in space enters the era of ultra-ultra-ultra-ultra-high-definition The first manned spaceflight 8K ultra-high-definition short film…. “Flying Over the Sphere” is online, Takionauts Zhai Zhigang, Wang Yaping, Ye Guangfu invite you to experience the wonderful moments in orbit! The Shenzhou 14 crew is about to perform a space travel relay and complete the orbital construction of the Chinese space station- China Space Station . Let us look forward to their wonderful journey together! chasing Shenzhou No. 14 together……!!!

The story behind the “8K photo card”? Shenzhou 13 What items were brought back by the return capsule Two ultra-high-definition cameras went up to the space station with the Tianzhou-3 cargo spacecraft. After the three astronauts of Shenzhou 13 entered the space station, they used these two cameras to record the scenes of their life and work. Are you looking forward to seeing these precious images?

According to the latest news from CCTV News; this afternoon, the Shenzhou 13 manned spacecraft return module opened in Beijing, including the 8k high-definition image memory card carried by the China Central Radio and Television Station and generated by the Shenzhou 13 astronauts on-orbit shooting.

On the afternoon 26th April 2022 the CNSA CSS China Space Station Shenzhou 13  Return Cabin Opening in which flown by the Takionaut crew 王亞平,  翟志剛 , 葉光富 , Wang Yaping Zhai Zhigang ,Ye Guangfu returned with the Shenzhou No. 13 manned spacecraft’s return cabin completed its opening in Beijing China National Space Administration Head Office. In which an Unboxing of the Command Module return Capsule contents was returned.. one of the many contents returned is

“also known as Tuen Ng, falls on the fifth day of the fifth lunar month. It commemorates the death of Qu Yuan, a Chinese poet and minister known for his patriotism and contributions to classical poetry and who eventually became a national hero.”

Though heartbroken to see his country being intruded, Qu Yuan never abandoned his faith and country. On May 5th(in Chinese lunar calendar), after writing down his last poem, Qu Yuan drowned himself in Miluo River(a branch of Yangtze River) as a gesture of dying along with his beloved motherland.

Why is it called Duan Wu Jie?

Where did dragon boats originate?

The use of dragon boats for racing is believed to have originated in southern central China more than 2500 years ago, in Dongting Lake and along the banks of the Chang Jiang (now called the Yangtze river).

How old is the Dragon Boat Festival?

The Dragon Boat Festival is a traditional Chinese festival. It has a history of more than 2,000 years, and is believed to have originated during the Warring States period.