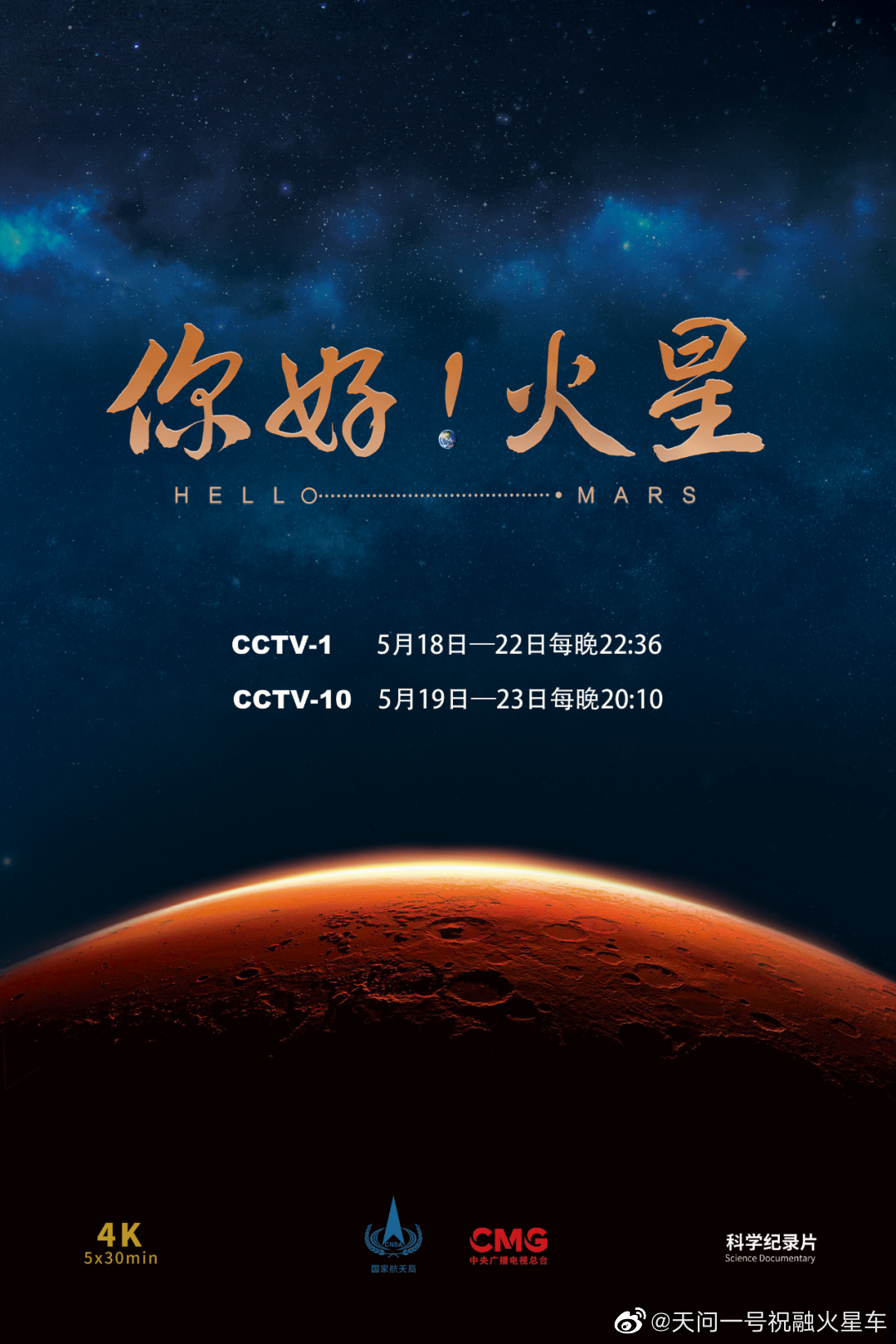 “Hello! Mars” Episode 5 What skills do you need to learn to drive on Mars? See how the Zhurong rover visits Mars Hello Mars…….!

On the months week of 19th May 2022   天问一号飞運騎遊達达3亿CNSA – China National Space Administration – ESA – European Space agency Belt and road initiative mars mission…first Mars exploration mission, Tianwen- Martian Probe One sent back stunning images of the Half Earth Mass size of the Rustic Planet Mars in which show stunning Martian landscape with its iconic polar caps of either southern or northern … With its timeless Stunning Mars Photography. Tianwen-1″ returned high-resolution images of the Mars inspection area The “Zhurong” rover is preparing for winter, and the orbiter continues to carry out orbital exploration….. in which one year ago it was it’s first landing on Utopia Planitia region on the planet Mars .. in celebrating a CCTV five part Episode was produced..

《你好！火星》Hello Mars Episode five  Two Driving on Earth pays attention to “there are thousands of roads, and safety is the first”, but on Mars, it becomes “there is no road, and safety is more important”. This place in the southern part of the Utopia Plain, although it is flat and open as far as the eye can see, is full of small pits and sand dunes. Driving in this place requires not only superb driving skills, but more importantly, a good car with eighteen martial arts skills. The rover’s design team finally designed this good car with experience and bold innovation.

Hello everyone, I would like to tell you some good news about the documentary “Hello!” about China’s first Mars exploration mission. “Mars” is finally on the air, friends who want to know more about Mars can stay in front of the TV tonight

“Hello! “Mars” is a large-scale scientific documentary jointly produced by the National Space Administration and China Central Radio and Television to commemorate the first anniversary of the Tianwen-1 Mars probe’s successful landing on Mars. It took three years to complete the filming and is divided into “Departure” and “Journey” “Surrounding”, “Landing” and “Patrol” have 5 episodes, each of which is 30 minutes long. They focus on the important stages of the Tianwen-1 mission, and describe a large number of astronomy, astrophysics, space applications, aerospace engineering and other disciplines in a simple way. Knowledge, in-depth analysis of Chinese wisdom and Chinese solutions in Mars exploration. Since May 2020, the co-production team has continued to track the key nodes of the Tianwen-1 mission, filmed many wonderful moments, and obtained a large number of first-hand precious materials. Many of the contents of the documentary were made public for the first time and were released authoritatively.