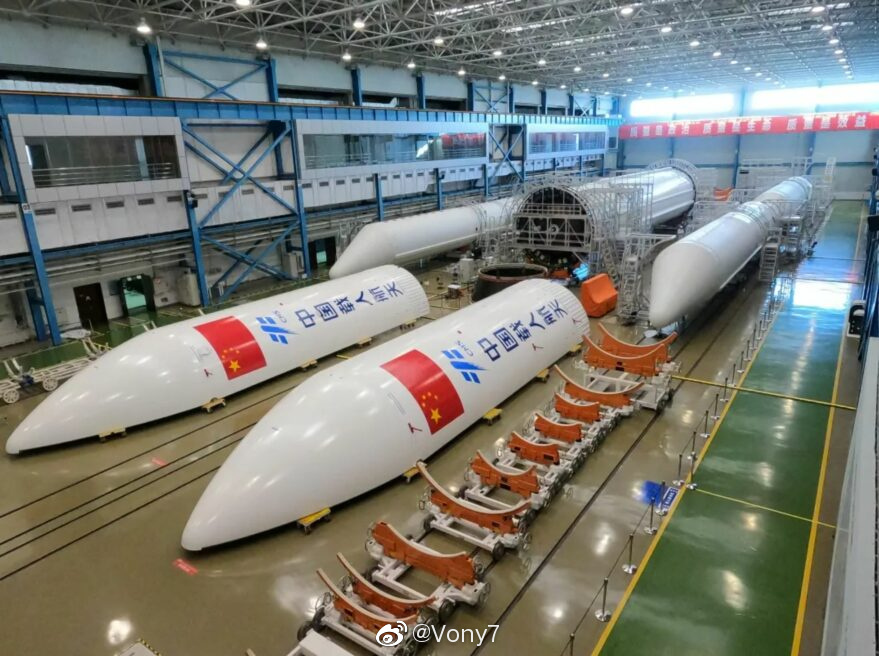 It was on at about 8:00 a.m. on 19th May 2022, Beijing time, two rocket carriers, Yuanwang 21 and Yuanwang 22, set sail from Tianjin Port, targeting Hainan Wenchang Qinglan Port, and are expected to arrive on the 24th.

Chang Zheng –Long March Carrier Rocket Cargo ship Yuanwang 21 and Yuanwang 22 transporting the Long March 5B Yao 3 carrier rocket are being loaded in Tianjin Port Yuanwang 21 entered the inner berth of Tianjin Port on 14th  May  2022  to load the rocket transport container, and completed loading and evacuated on 16th  May 2022  After leaving the berth, Yuanwang 22 then entered the berth to load the remaining containers, which are expected to be fully loaded by tomorrow morning.