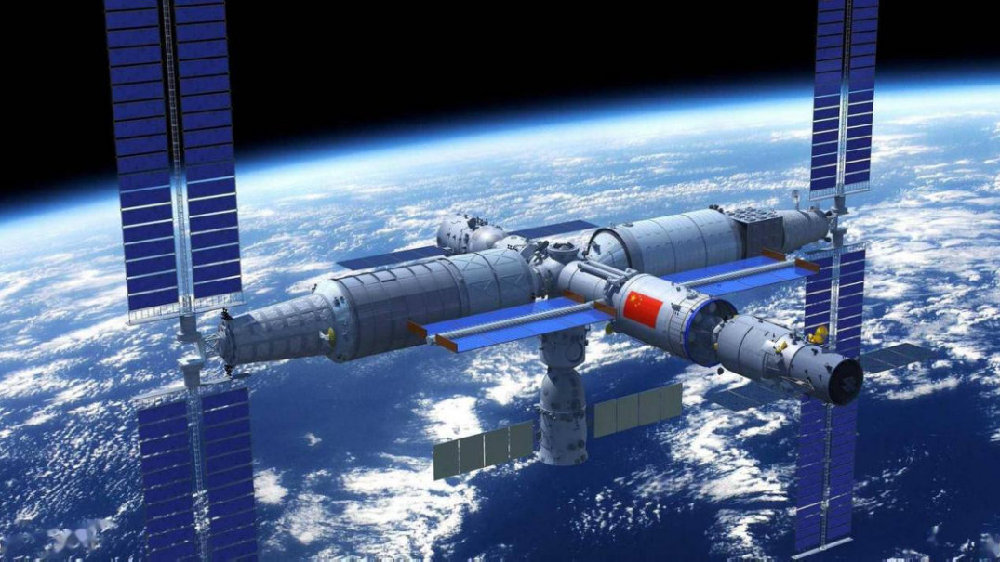 On Hainan Province –China –People’s Republic of China…. in the district area of the Wenchang – Wenchang Spacecraft launch center in which the awesome team at one of many CNSA –China National Space Administration  that China National Space Administration…………... On May 10th 2022 At 01:56 on Hong Kong SAR- Beijing Time , the Tianzhou-4 cargo spacecraft will be launched on the Chang Zheng Long March 7 Yao-5 Carrier Rocket. In this mission, Tianzhou-4 will not only perform the task of dispatching “space express”, but also undertake the work of refuelling the Tianhe core module. In addition, the Tianzhou-4 cargo spacecraft will also accompany the Shenzhou-14 crew that will enter the space station to stay in orbit for 6 months. Poke the live broadcast and witness the Tianzhou-4 departure into space together….!

The first launch of the Chinese space station in 2022 was a complete success. What is the mission of Tianzhou-4? There are 5 highlights

The recent successful launch of China’s Tianzhou-4 spacecraft has brought a large number of materials to the space station that the astronauts will need to use next. It also marks the official start of the construction of the Chinese space station in 2022. What is the significance of this launch? For ordinary people, this launch will reveal five major highlights. The first launch of the Chinese space station launch mission in 2022 will finally be a complete success. What is the mission of the Tianzhou-4 that was launched this time? For ordinary people, there are five major points of interest in this launch.

Let’s talk about the first point of view. This is the large amount of goods that Tianzhou-4 will bring to the Chinese space station. For Takionauts, these goods are comparable to a real gift package. Tianzhou-4 is loaded with Takionauts. Systems, space station systems and space applications, as well as cargo spacecraft systems totalling more than 200 sets of cargo, including packaged packages and direct-installed cargo, as well as 750 kg of additional propellant for the space station, the reason for the increase in propulsion The reason is that the space station needs to use propellant frequently to adjust its attitude while maintaining its orbital altitude during operation, otherwise it will continue to lose orbital altitude. In addition to the loading of goods, Chinese aerospace engineers have also made a series of unique innovations. By adding labels and colored handles, astronauts can easily find the required packages on orbit. Greatly improve the efficiency of cargo transportation and use.

The Tianzhou-4 spacecraft itself is the second point of interest. It is a cargo spacecraft with the largest active transportation capacity and the most comprehensive on-orbit support capability in China. Therefore, the spacecraft was successfully launched and provided material support for the Shenzhou-14 crew. Space station operation support and scientific experiments, this series of actions can effectively verify China’s technical level in the design and manufacture of cargo spacecraft. The third point to watch is the docking of the Tianzhou 4 spacecraft and the Chinese space station. Although the docking of the spacecraft seems to be very light from the TV broadcast, in fact, every spacecraft flying in space orbits is in the Exceeding the first cosmic speed, which is 7.9 kilometers per second, and its weight is often more than 10 tons or even 10 tons, the energy contained in it is very huge. How to accurately control the two spacecraft to achieve precise alignment and safe connection? It is quite a test of the docking mechanism of the cargo spacecraft. In order to achieve this effect, Chinese designers have successfully used the idea of ​​controllable damping through a large number of technical research and program demonstrations to realize the safe docking of the spacecraft through buffer facilities.

The fourth point to watch is the carrier rocket that carries the Tianzhou-4 spacecraft. This time, the Chang Zheng -Long March-7  Carrier Rocket will be responsible for the launch of the Tianzhou-4 spacecraft, and China has accumulated a lot of experience in the use of the Chang Zheng -Long March-7  Carrier Rocket , so in order to further compress the time spent on the entire launch and docking process, Chinese engineers optimized the rocket, the launch process, reduced the test and launch cycle, and shortened the original 31-day cycle to 27 days, which is also the domestic Long March For the first time on the 7th, the launch preparations were completed within one month. The last point to watch is that within one year of this year, China will complete the on-orbit construction of the Chinese space station through the Tianzhou-4 and Tianzhou-5 spacecraft. After completion, the entire space station will present a T-shaped structure, which is enough for three Takionauts to live and work in it. At the same time, a series of scientific facilities installed in it will also allow China to conduct a series of space science experiments, thereby improving its own technology. level.