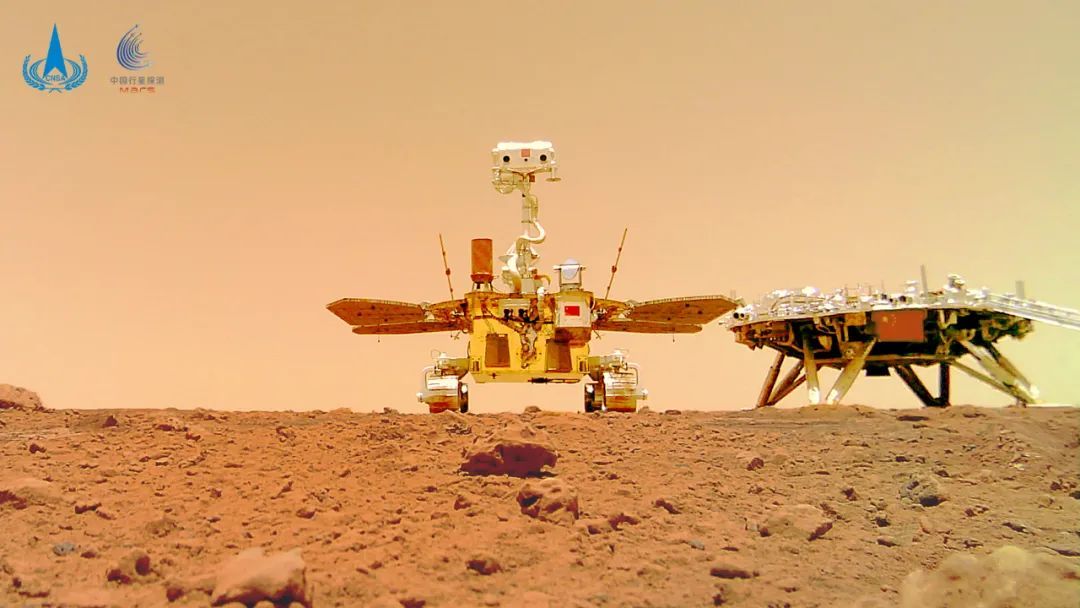 On today is of 15TH  May 2022   天问一号飞運騎遊達达3亿CNSA – China National Space Administration – ESA – European Space agency Belt and road initiative mars mission…first Mars exploration mission, Tianwen- Martian Probe One year anniversary…The first anniversary of Tianwen-1 landing on Mars….. Tianwen-1 successfully landed in the southern part of the Martian Utopia Plain, leaving China’s mark on Mars for the first time. So far, it has worked on the surface of Mars for 356 Martian days and has travelled a total of mileage1921 meters. The orbiter has flown for 661 days since its launch, and has continued to carry out remote sensing detection since it entered the orbit around the fire red planet Mars of least haft diameter of Earth.

The first anniversary of Tianwen-1 landing on Mars On May 15, 2021, from since then At present, the two devices are in good condition, and about 940GB of original scientific data has been acquired and returned. Teams of scientists are conducting data analysis, interpretation and research…. .

​Now we describe the one-year work process of Tianwen-1 through a long picture.

At present, the “Zhurong” Mars rover inspection area has entered winter, the highest temperature during the day has dropped to below minus 20 ℃, and the minimum temperature at night has dropped to minus 100 ℃, and sand and dust weather is frequent. Affected by the gradual reduction of the sun irradiation angle and the local sand and dust weather, the energy acquisition capacity of the “Zhurong” Mars rover has gradually decreased, and the thermal insulation consumption has gradually increased. To cope with this harsh environment, according to the design, the rover will switch to winter mode. The orbiter continues to carry out remote sensing exploration, and will soon achieve global coverage of Mars, while providing relay communication support for the rover.

Video review of Tianwen-1 – CNSA China National Space Administration Beijing Flight Control Center at the moment when Zhurong successfully landed on Mars, the achievement was hard-won, but the achievement was difficult, thank you for every effort and perseverance!

on May 15, 2021, the scientific research team confirmed according to the telemetry signal sent by the “Zhurong” Mars rover that the Tianwen-1 landing rover successfully landed in the pre-selected landing area in the southern Utopia Plain of Mars , China’s first Mars exploration mission to land on Mars was a complete success…..

As the first mission of China – People’s Republic of China’s planetary exploration project, Tianwen-1 has realized the leap of my country’s space exploration from the Earth-Moon system to the interplanetary system. It is the first time in the world to complete the orbiting, landing, and inspection of Mars through a single mission. It is China- People’s Republic of China’s aerospace industry. Another milestone in development.