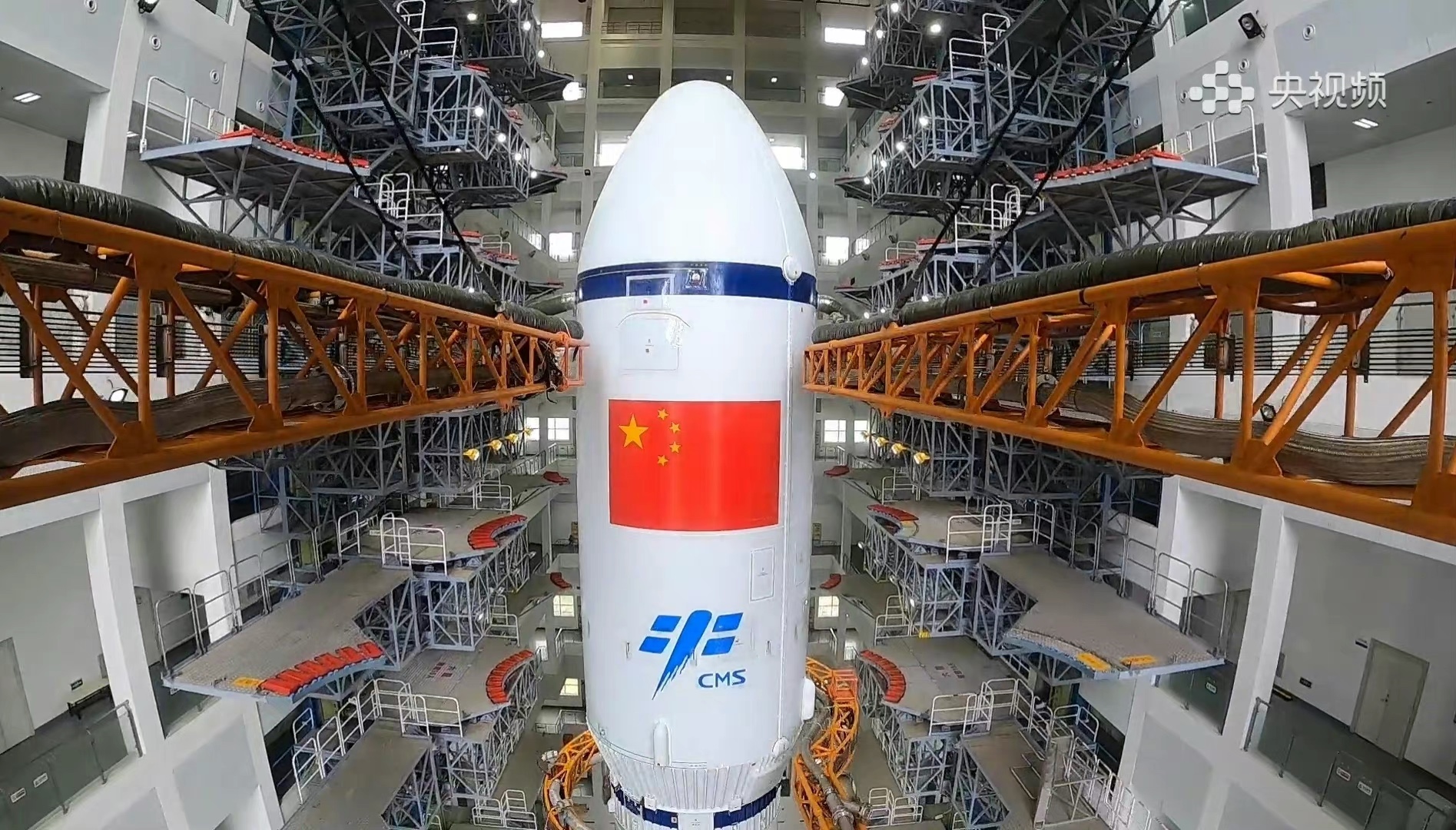 On an interesting day of 7th May Saturday 2022 in Hainan Province –China –People’s Republic of China…. Clear Day  in the district area of the Wenchang – Wenchang Spacecraft launch center in which the awesome team at one of many CNSA –China National Space Administration  that China National Space Administration………….. In which is preparing for the The starry sky is vast, and there is no end to exploration. On May 10th 2022, the Tianzhou-4 cargo spacecraft will be launched on the Chang Zheng Long March 7 Yao-5 Carrier Rocket. In this mission, Tianzhou-4 will not only perform the task of dispatching “space express”, but also undertake the work of refuelling the Tianhe core module. In addition, the Tianzhou-4 cargo spacecraft will also accompany the Shenzhou-14 crew that will enter the space station to stay in orbit for 6 months.

Shen Dan, deputy chief designer of the Chang Zheng Long March 7 Yao-5 carrier rocket Launch Vehicle Model Office of the Aerospace First: Even if the deviation from the standard take-off time is less than two minutes, it will find a suitable route by itself in the air, so that we can meet the space station according to the project. The given moment and spatial location of the general requirements.

In addition, it is worth mentioning that the Chang Zheng Long March 7 Yao-5 carrier rockets used the Beidou satellite navigation system as the first priority for navigation reception for the first time.

Shen Dan, deputy chief designer of the Chang Zheng Long March 7 Yao-5 carrier rocket Launch Vehicle Model Office of the Aerospace Department: That is to say, after the rocket takes off, the navigation is given priority by Beidou. We have also fully tested this change. The assessment is still very reliable. In addition, the reception of navigation can also be switched. When the positioning accuracy of a certain navigation system does not meet the real-time requirements, it can also be automatically switched to other systems to ensure reliable flight. In terms of the rocket engine system, YF-100 and YF-115 have also completed a number of technological and technical improvements, which have improved the reliability of the power system and made the rocket safe……