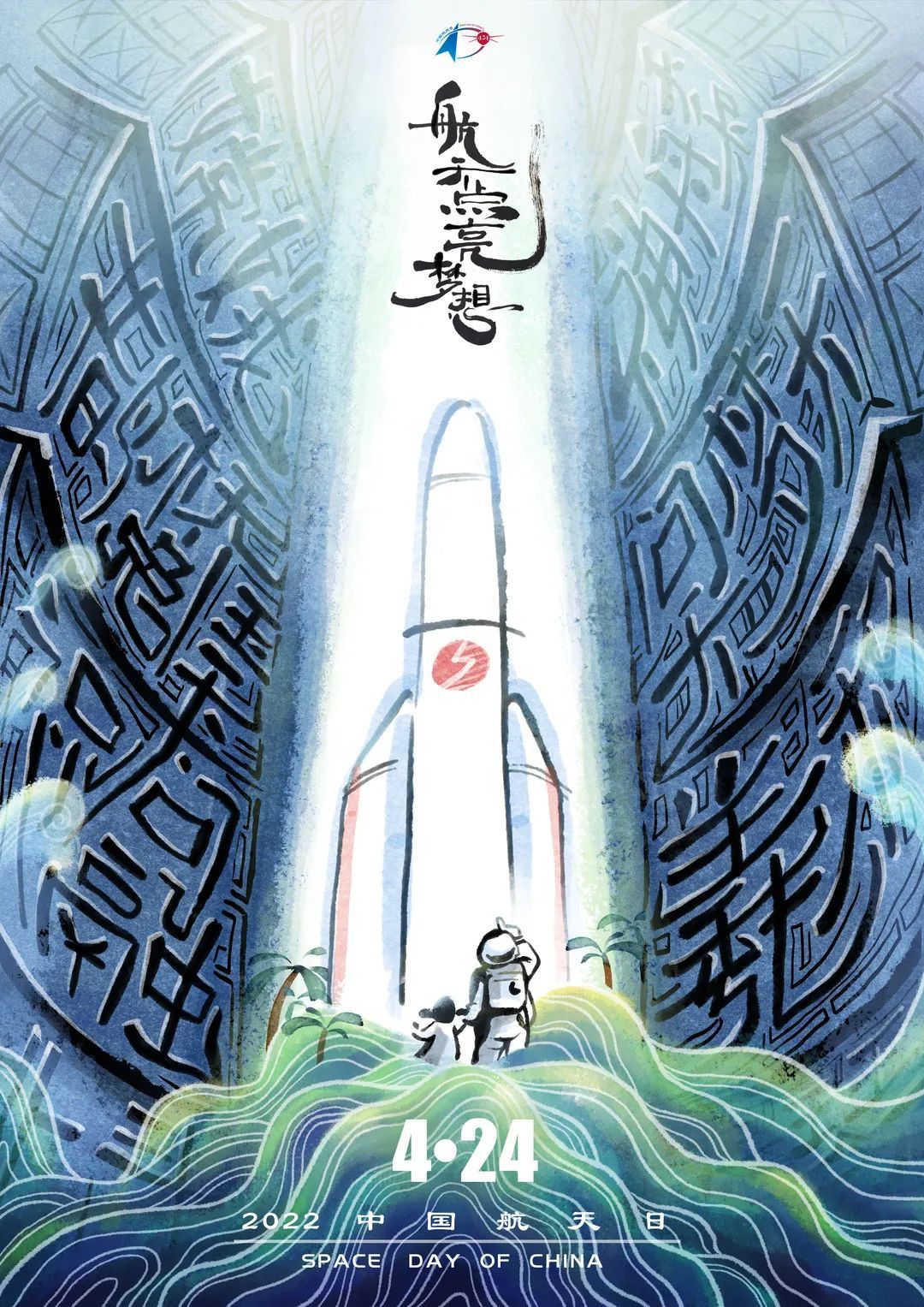 On the 21st April 2022 China – People’s Republic of China unveils a poster for its 7th #ChinaSpaceDay. Elements such as #LongMarch5, Taikonauts and names of China’s spacefaring projects including Tianwen-1 and the Tianhe core module are featured….  In which there was many designs element for the promotional poster….

[“Boundless” space art exhibition airborne in Chengdu! Take you on a journey of discovery] the 7th “China Space Day” is coming! Chengdu friends can have a feast for the eyes! In order to promote the spirit of spaceflight and spread spaceflight culture, the 中国 Aerospace Culture and Creation CASCI “Boundless” Space Art Exhibition will be held in Chengdu on April 22nd!

Take you to an immersive experience, look up at the size of the universe, and explore the boundaries of the universe. Among them, in the “Moon Walk” area, a 44m cosmic giant screen 3D projection, 20t gravel restores the lunar surface, and a space post office is specially set up; in the “Rocket Launch Base” area, the site is located in the “Rocket Launch Base”, and a 10m-high rocket rises from the ground. Leaving the surface of the earth, we will do everything we can to go to the unknown together; there are also interactive four-dimensional space, aerospace achievement exhibition area, anti-gravity training… and so on, 10 wonderful exhibition halls, 1200 square meters of large exhibition space, carefully polish the development history of China’s aerospace, only for Show this shining starry sky before the eyes of Chengdu citizens.