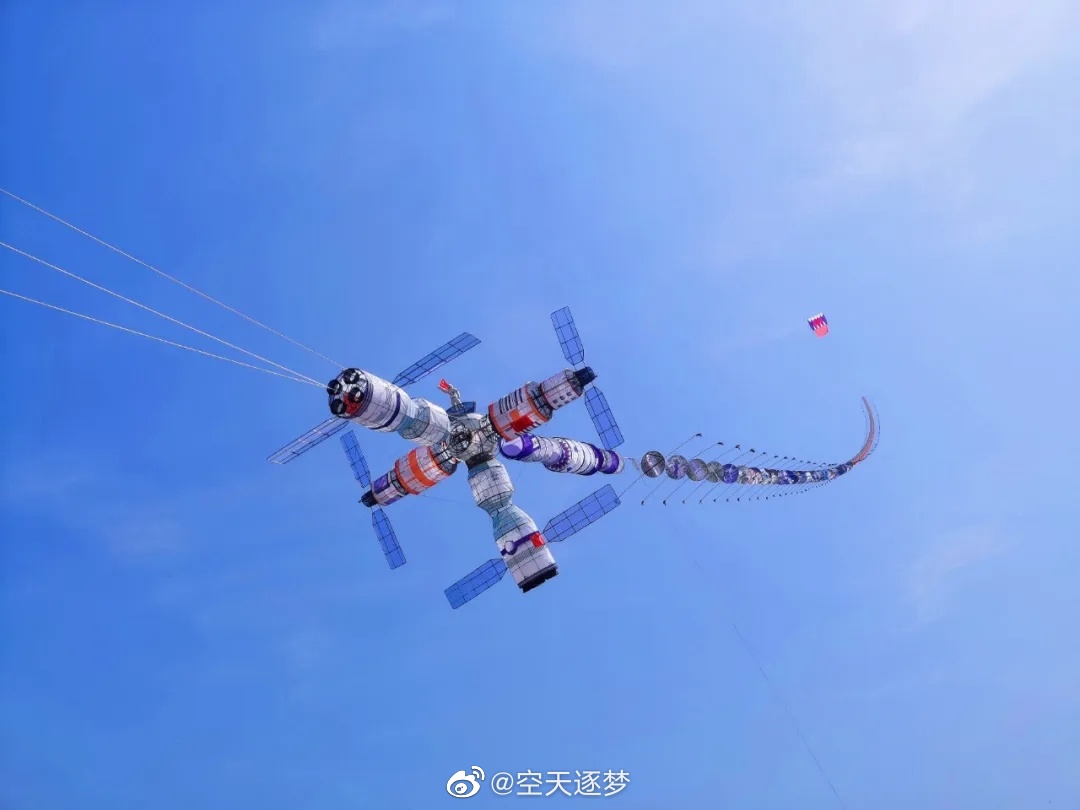 On the 16th April 2022 Saturday in between times of 09:35-10:05 hour’s morning Hong Kong SAR Beijing Time, Shenzhou13 will be back on earth in which the crew of Shenzhou 13 Zhai Zhigang, Wang Yaping and Ye Guangfu, are on their way back to Earth after a national record six-month-long mission in orbit aboard the Chinese China Space Station ..

During the month of April 2022 massive kite was flown measuring in 150 meters in length of the Tiangong China Space Station  In Taking more than two months to make, this kite might be the most elaborate you’ve ever seen .. the 150 meter Tiangong China Space Station took off from an kite day event in Weifang, Shandong province in China – People’s Republic of China in which featuring a Shenzhou or Tianzhou module docking also about to do a spacewalk is a very adorable cute spacewalking Takionaut in a EVA suit.