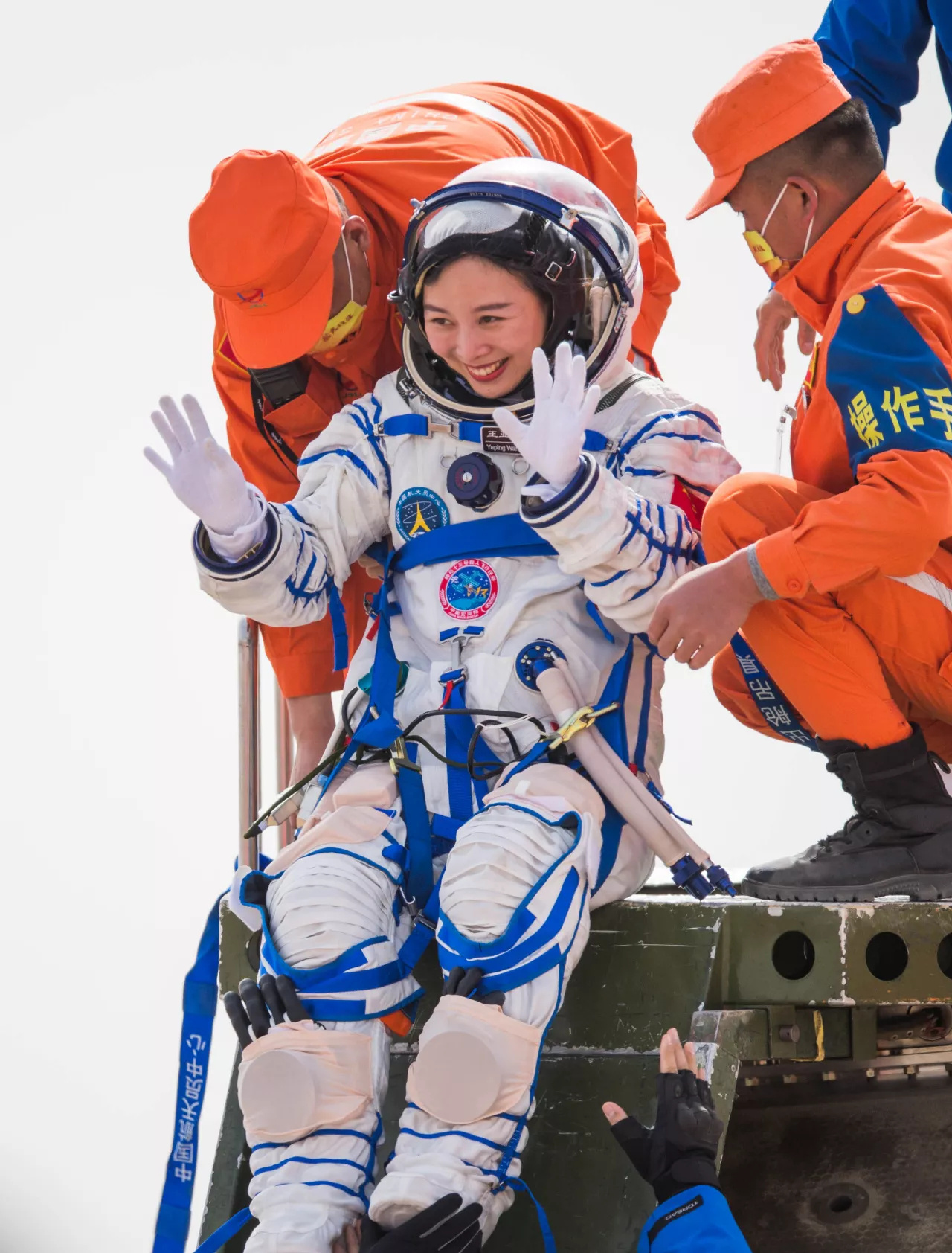 The Shenzhou 13 Takionauts have been on orbital trip in space for half a year in which On October 16, 2021, Shenzhou 13 successfully launched, sending astronauts Zhai Zhigang, Wang Yaping and Ye Guangfu into space. After being stationed in the Tiangong, walking out of the cabin, giving lectures in the Tiangong, and celebrating the New Year in space… More than 180 days in orbit, the Shenzhou-13 Takionauts will return home in the near future after making many firsts.

The return 16th April 2022  home for is very different for Shenzhou 13 than for Shenzhou 12 is expected to return quickly in 5 five earth orbits Shenzhou 13 Takionaut return Countdown. As China- People’s Republic of China manned spacecraft with the longest stay in orbit, Shenzhou 13 will return the fastest more than a day, and Shenzhou 13 will perform a rapid return around the earth 5 times for the first time in just a few hours….

If Shenzhou 13 returns this time, compared to Shenzhou 12, we are the first to implement for this 5-lap orbits quick return, the previous design was 11 orbital laps.

The entire return process of the Shenzhou 12 manned spacecraft lasted more than a day, and it was shortened to a few hours for the Shenzhou 13. On the premise that the orbit change and the flight movements are not reduced, it is a challenge for the ground measurement and control personnel. , for the spacecraft, it is also a challenge. Shenzhou 12 and Shenzhou 13 belong to the same batch of spacecraft. From three months to six months, the long-term docking time in orbit has continued to increase, which has gradually verified the performance and safety of Chinese manned spacecraft. The key to realizing the six-month long standby time of Shenzhou 13 is the realization of information grid connection and energy grid connection between the space station and the spacecraft, as well as the latest thermal control design…….

Shenzhou 13 goes home in 5 steps  When it comes to the return of the spacecraft, it is a technical task # Shenzhou 13 goes home# roughly divided into 5 steps: ①Separation and evacuation: people get on the “Shenzhou” spacecraft, and The space station assembly is separated; ② Braking and de-orbiting: the spacecraft enters the return orbit from the original flight orbit through attitude adjustment, braking, and deceleration; ③ Freewheeling: waiting for the re-entry opportunity, the spacecraft’s propulsion module and the return module are separated; ④ Re-entry into the atmosphere : The return cabin passes through the black barrier and goes through the test; ⑤ Landing: open the parachute, reverse thrust, and land. Going home soon……