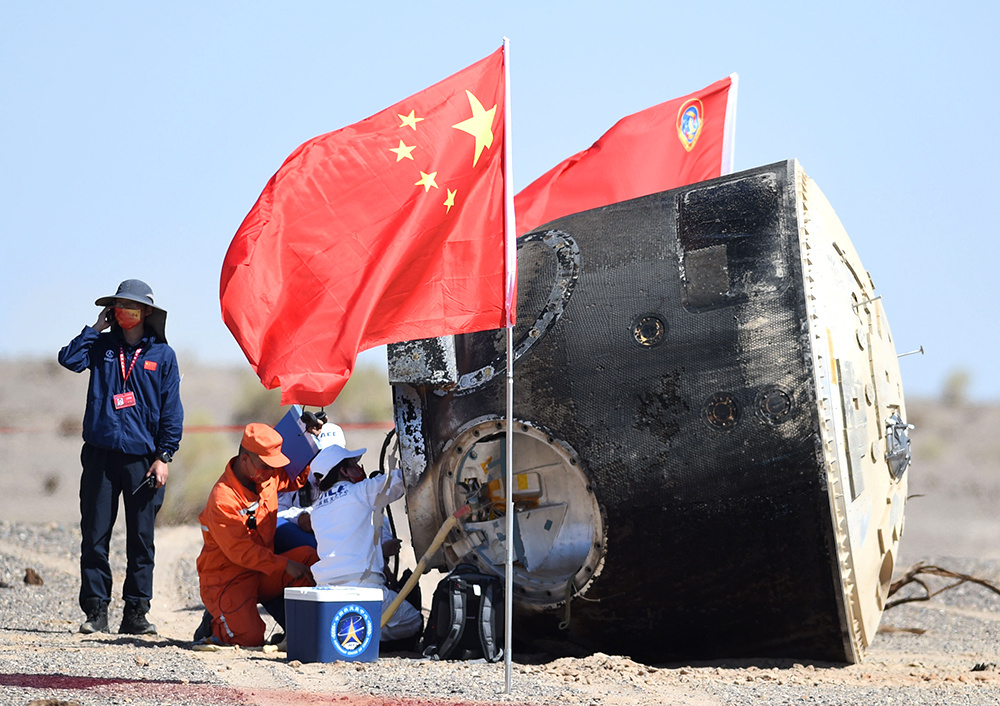 On the 16th April 2022 Saturday in between times of 09:35-10:05 hour’s morning Hong Kong SAR Beijing Time, Shenzhou13 will be back on earth. Wishing them a safe return home. In which from 9:35 to 10:05 on April 16, 2022, flying is prohibited in the area surrounded by the following four points near the Jiuquan Satellite Launch Center, which is presumed to be the landing of the Shenzhou 13 manned spacecraft.

In which have to go home!  The Shenzhou 13 Takionauts have been on a business trip in space for half a year  in which  On October 16, 2021, Shen 13 successfully launched, sending astronauts Zhai Zhigang, Wang Yaping and Ye Guangfu into space. After being stationed in the Tiangong, walking out of the cabin, giving lectures in the Tiangong, and celebrating the New Year in space… More than 180 days in orbit, the Shenzhou-13 Takionauts will return home in the near future after making many firsts.

According to the previous news from the Aerospace Science and Technology Group, Shenzhou 13 will implement a rapid return for the first time, further improving the comfort of Takionauts and the efficiency of mission implementation; comprehensively verify the functions and performance of the manned spacecraft, and further test the standard round-trip for the application and development of the space station. The reliability and safety of the transportation system has established a parallel development, launch, docking, and return and on-orbit management system for multiple manned spacecraft under high-density launch missions.

Photography: The return capsule of the Shenzhou 12 manned spacecraft successfully landed and stowed away at the Dongfeng Landing Site…