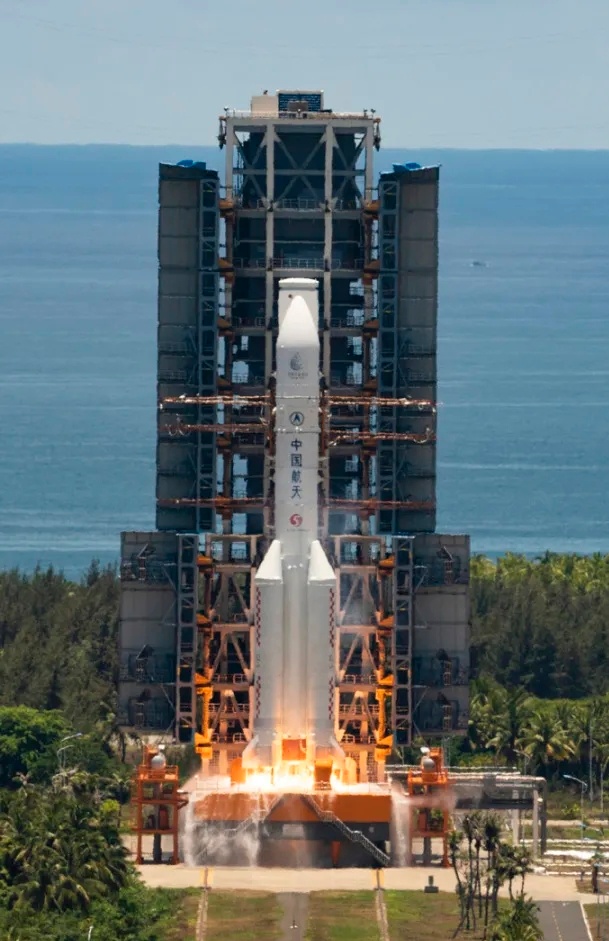 On a very 11th April 2022 in Hainan Province –China –People’s Republic of China…. Clear Day  in the district area of the Wenchang – Wenchang Spacecraft launch center in which the awesome team at one of many CNSA –China National Space Administration China Manned Space  that China National Space Administration………….. is preparing for the final assembly of the arrived Chang Zheng 7 Long March Carrier Rocket Yao 5 arrivingly at Wenchang Spacecraft launch site According to the latest news from the China Manned Space Engineering Office, the Chang Zheng- Long March 7 Yao-5 carrier rocket for the Tianzhou-4 launch mission has completed all the research and development work before leaving the factory and is safe today Arrived at Wenchang Space Launch Site. After that, the Long March 7 Yao 5 carrier rocket will carry out the final assembly and testing of the launch site area together with the Tianzhou 4 cargo spacecraft that has arrived earlier. At present, the facilities and equipment of the launch site are in good condition, and the systems participating in the test are preparing for various tasks in an orderly manner.

WITNESS WITH WENCHANG Spacecraft Launch Center 2022 This year, the first launch of China’s space station in orbit will be carried out at Wenchang Spacecraft Launch Center in the swirling coconut forest. As the “youngest” among the four major launch sites in China, she has a long history and an extraordinary mission of the times. She witnesses this era together with us ….