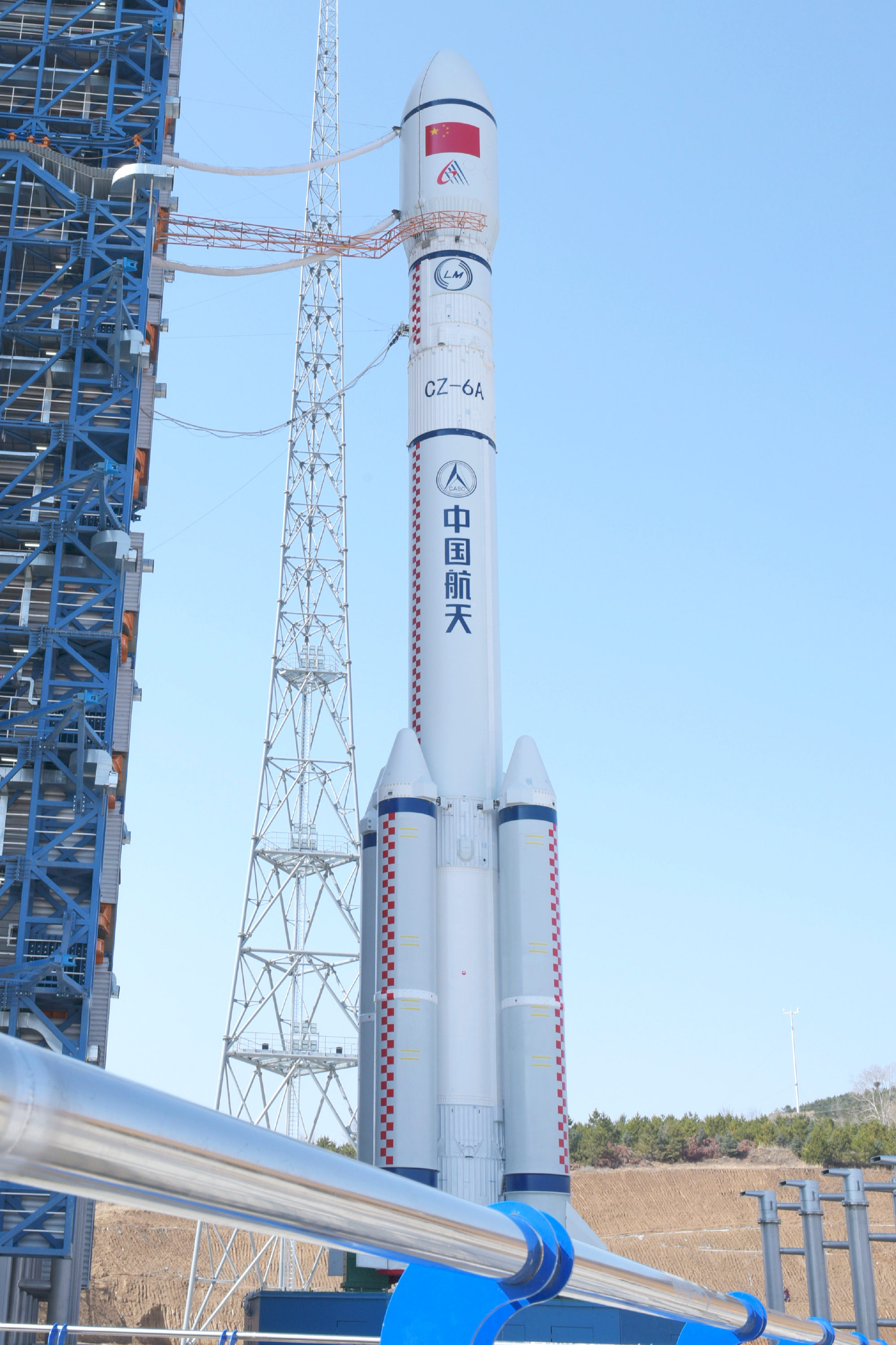 Hong Gang, the commander-in-chief of the Changliu, said in an interview that through the adjustment of the boosters in the future, the Chang Zheng6A -Long March 6A reform can form a single-core stage, bundle 2 solid boosters, bundle 4 solid boosters, and bundle a universal core stage. and other configurations to form a series of launch vehicles with a wide range of carrying capabilities, reasonable gradients and high cost performance, to meet the diverse and intensive launch requirements of future satellites.

The Chang Zheng6A -Long March 6A modified carrier rocket adopts a two-stage and a half configuration. The core first-stage power system has a diameter of 3.35 meters and is composed of two 120-ton thrust liquid oxygen kerosene engines in parallel. Pressure medium; the core secondary power system has a diameter of 3.35 meters and is equipped with a liquid oxygen kerosene engine with a thrust of 18 tons. The single flight working time of the engine exceeds 500 seconds; the auxiliary power YF-86A auxiliary power system consists of 18 thrust Composed of 200N and 40N attitude control engines, it provides rolling torque for the second stage of the rocket during flight, and provides pitch, yaw and rolling impulses before the satellite is separated, ensuring that the satellite enters orbit with higher precision.
The total length of the whole arrow is about 50 meters, the take-off weight of the whole Chang Zheng6A -Long March 6A Carrier Rocket is about 530 tons, and the carrying capacity of the 700-kilometer sun-synchronous orbit is not less than 4 tons. Referencing to Sixth Academy of Aerospace Science and Technology…..

The “mix and match” of solid power and liquid power is the special feature of this type of rocket. The 4 boosters of the rocket use the two-stage 120-ton thrust solid engine developed by the Fourth Academy of China Aviation, and the core stage adopts the liquid oxygen kerosene engine developed by the Sixth Academy of China Airlines, which gives full play to the high performance, long working time and solid engine of the liquid engine.  The advantages of large thrust and simple use and maintenance. The successful first flight of the rocket marks that my country has made breakthroughs in key technologies such as the binding and separation technology of solid boosters, the technology of large concentrated force diffusion at the binding point, and the combined rocking control of solid-liquid binding.

With a brand new “smart launch site complexes” has been put into use, and the new station has been adapted and transformed to be able to launch Seven types of Chang Zheng Long march carrier rocket of launch vehicles During the first flight mission of Chang Zheng 6A Long March 6A, China – People’s Republic of China built the first satellite launch center in Taiyuan. The “smart launch site” was also put into use for the first time, realizing remote control and unattended operation from Carrier Rocket filling to launching.

About four hours before launch, ground personnel were evacuated from under the tower. In the remote control room about two kilometers away from the tower, operators in positions such as air conditioners, platforms, and pendulums keep their eyes on the screen and closely monitor the status of the rocket. Xue Weijun, commander of the intelligent launch site system of Taiyuan Satellite Launch: Before the intelligent launch site was put into use, most of the ground equipment operations were completed by the front-end staff, and the evacuation could only be carried out 15 minutes before the rocket launch.  Unattended mode  only need to remotely control and monitor in front of the computer terminal, to ensure the normal operation of each work.

The construction of the new launch tower will be completed in 2021, and this is the first time it has been put into use. Under the automatic operation of the system, a series of actions such as liquid oxygen filling, connector falling off, and turning platform opening of the Chang Zheng Long March Carrier rocket were successfully completed, and the rocket entered the launch state. .

Zhang Xin, Commander of Taiyuan Satellite Launch Center No. 1: The measurement and launch process management and control platform is the core of our smart launch site. The status information of the facilities and equipment of the launch site is displayed and analysed in a unified and centralized manner through intelligent, networked and informative means. The goal of being unattended during the refuelling and launching process is achieved, and the personnel at the test and launch positions are more capable. Compared with traditional launches, the smart launch site has truly achieved rapid preparation and one-click launch. The number of post personnel has been reduced by more than half, and the shortest single-launch task process can be shortened to 14 days, which is more suitable for high-density launches and emergency launch missions.