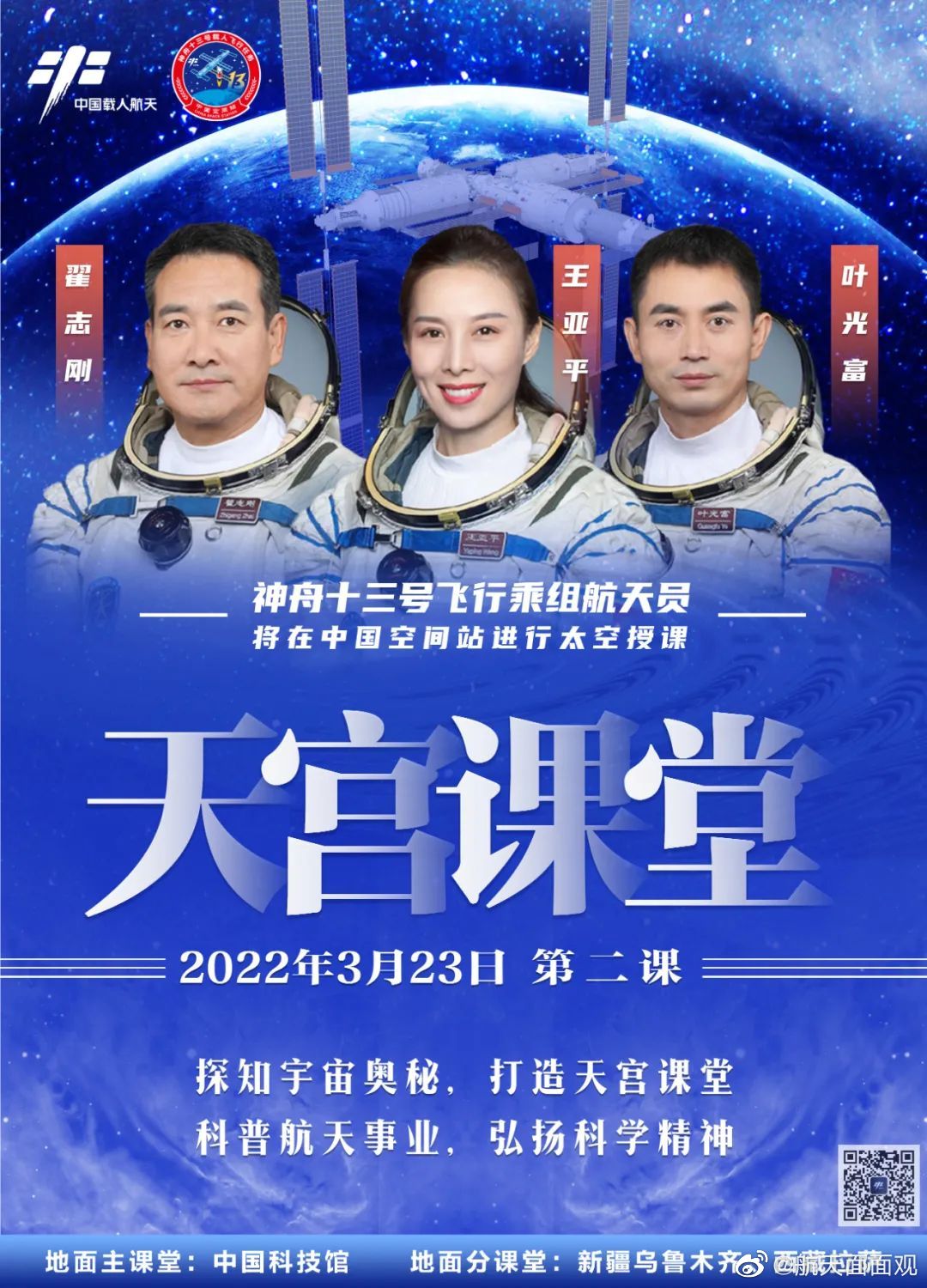 The second class from China’s Tiangong space station by Shenzhou-13 astronauts – Zhai Zhigang, Wang Yaping and Ye Guangfu – will be held at 3:40 pm BJT on March 23. The second episode of the “Tiangong Class” series will also be held as a space-Earth talk between the astronauts in space and the youth on Earth, aiming to ignite their interest in science and space. This time, astronauts will conduct various experiments, such as crystallization of saturated liquid, liquid bridge and water-oil separation. They will also demonstrate the difference between throwing objects in space and on Earth, and introduce space science facilities. The three Chinese astronauts went to space aboard the Shenzhou-13 spacecraft and entered China’s space station on October 16, 2021, embarking on the country’s longest-ever crewed space mission, of 6 months. The three astronauts will return to Earth in April as planned

2021 12 On March 9th, “Tiangong Classroom” conducted the first space class. “Space teachers” Zhai Zhigang, Wang Yaping, Ye Guangfu interacted with teachers and students in the ground classroom. The first space class has further shortened the distance between young people and manned spaceflight, and there has been a continuous upsurge in exploring the mysteries of spaceflight and learning spaceflight knowledge.

After the first space class, all sectors of society participated in the “Tiangong Classroom” teaching content collection activity through news media and the Internet. The content of the second space lecture was widely selected from the opinions and suggestions collected, and were carefully designed according to the facilities conditions of China’s space station. Lectures will be broadcast