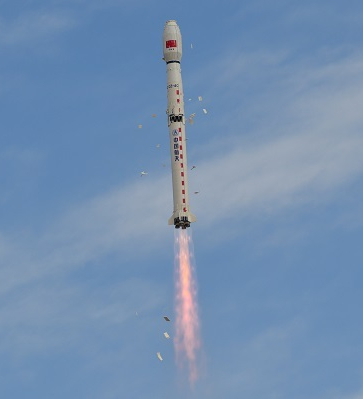 酒泉卫星发射中 China – People’s Republic of China, successfully The RS-34 02 satellite was developed by the Eighth Academy of China Aerospace Science and Technology Corporation. It forms a network operation state with the satellites of RS-34 01 and subsequent satellites already in orbit. It is mainly used for land census, urban planning, and land confirmation. It can meet the needs of rapid revisiting of earth observation, and can provide information guarantee for the construction of the “Belt and Road”. The scheduled orbit, the launch mission was a complete success. The satellite is mainly used to provide information services such as land census, urban planning, crop yield estimation and disaster prevention and mitigation.

The Long March 4C carrier rocket is a normal temperature liquid three-stage carrier rocket developed by the Eighth Academy. It has the ability to launch various types of satellites with different orbit requirements. It can carry out one-shot, single-satellite or multi-satellite launches, and its sun-synchronous circular orbit carrying capacity up to 3 tons.