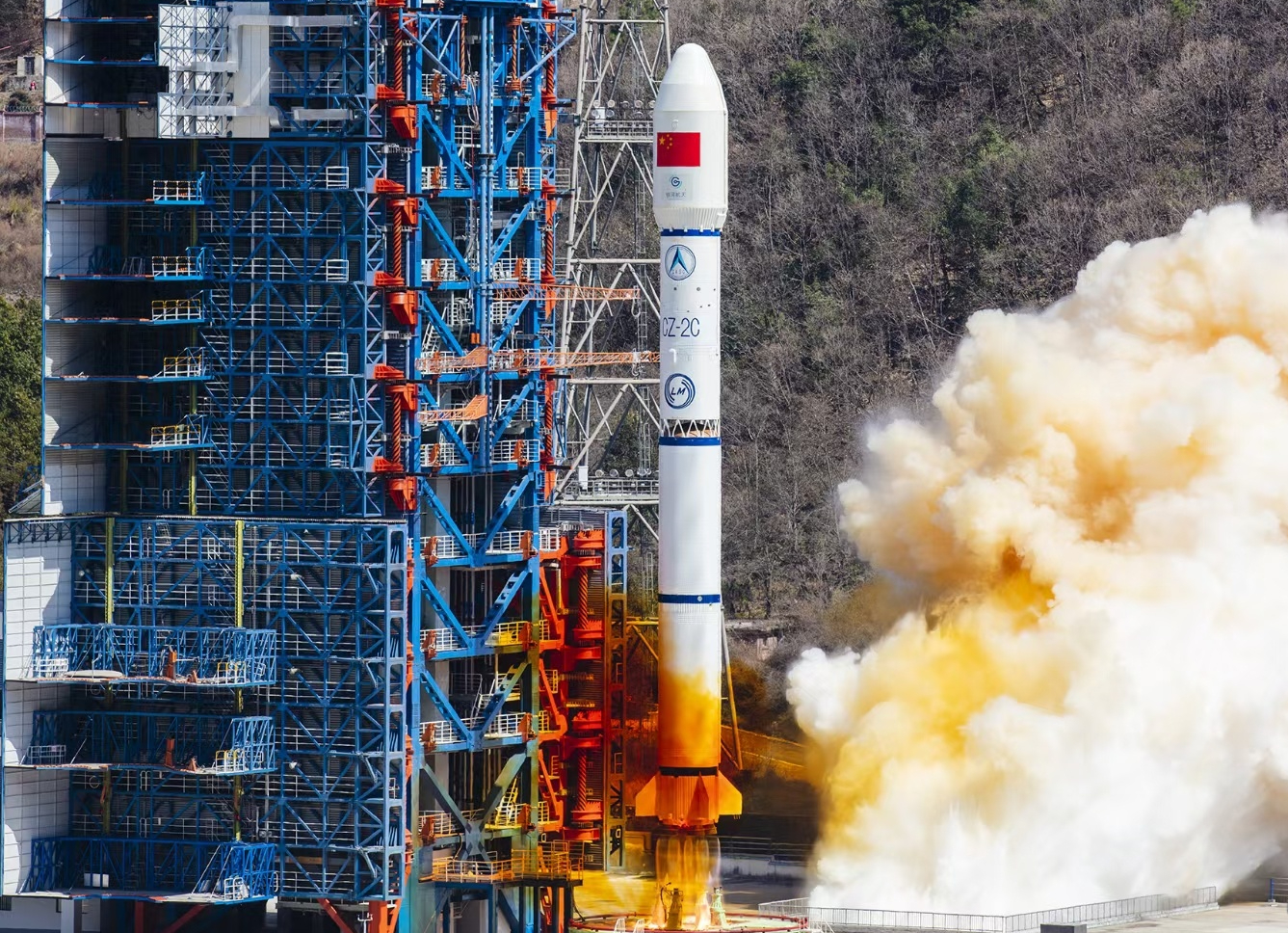 China- People’s Republic of China successfully launched a Chang Zheng Long March 2C carrier rocket with 7 satellites.. the newly advance Payload section of the Carrier Rocket-  The “big head” has a long second-grade rocket! The 4.2-meter fairing has a large space and can accommodate many satellites …In this launch mission, the Chang Zheng Long March 2C carrier rocket sent 7 satellites into the predetermined orbit, and the diameter of the rocket fairing must be designed to be larger, which can be described as a new challenge. This launch is the first flight of a two-stage rocket configuration with a 4.2-meter fairing configuration, and the instrument cabin is at a height of 660 mm, which is a new combined configuration state of the rocket

Chang Ming, the commander-in-chief of Galaxy Aerospace Satellite, said that these six satellites will form my country’s first low-orbit broadband communication test constellation together with the first satellite of Galaxy Aerospace, and build a satellite-ground fusion 5G test network “Little Spider Web” with a single The uninterrupted and low-latency broadband communication service capability of about 30 minutes can be used for technical verification of my country’s low-orbit satellite Internet and the integrated space-earth network.