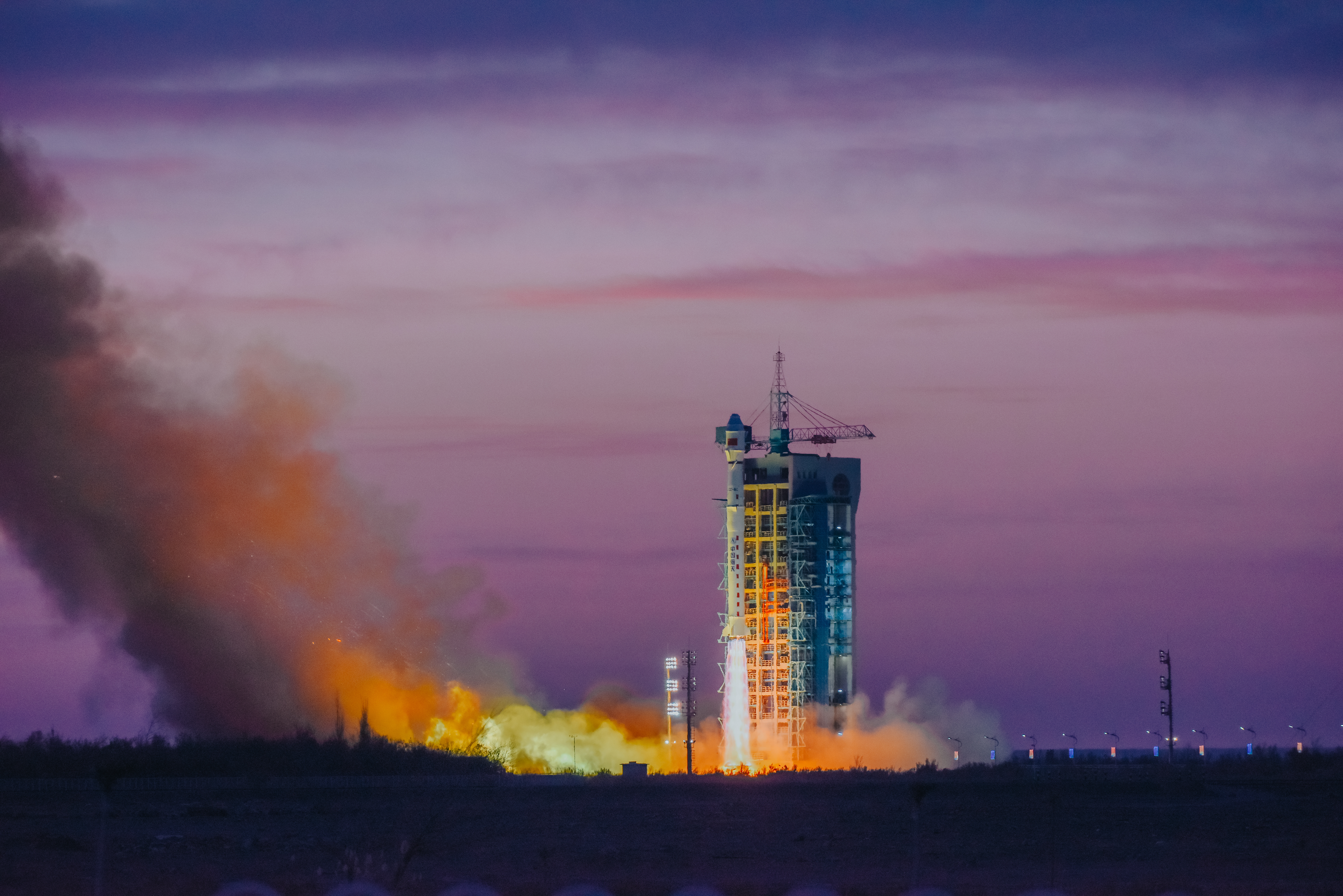 For the launch at the The Year of the Tiger starts…. Chang Zheng –Long March 4C successfully launched the Land Exploration-1 01 group B satellite During At 7:44 morning Hong Kong SAR –Beijing time  the Long March 4C carrier rocket ignited and took off, sending the Land Exploration-1 01 group B satellite into space, and the satellite then entered the predetermined orbit , the task was a complete success.

The 01 group B star of Land Exploration No. 1 was developed by the Eighth Academy of China Aerospace Science and Technology Corporation. After the two stars meet, they will form a close-range flying formation or network operation state with the A star. Double star is mainly based on the differential interference surface deformation measurement task. It has the characteristics of all-weather, all-day, multi-mode and multi-polarization. It can be used in the fields of geology, land, earthquake, disaster reduction, surveying and mapping, and forestry. It can effectively improve my country’s geological disasters. Independent satellite detection

The Land Exploration-1 satellite was approved by the National Space Administration. It is the first satellite model launched during the “13th Five-Year Plan” period of the “National Civil Space Infrastructure Medium and Long-term Development Plan”. It consists of two identical L-band synthetic apertures A and B. It is composed of radar (SAR) satellites. After in orbit, it will achieve repeated orbit differential interferometric deformation measurement and interferometric topographic mapping in follow-flight and orbital modes respectively. As the first satellite of the 01 group of Land Exploration 1, the A star of the 01 group of Land Exploration 1 will work in the follow-flying formation mode with the subsequently launched B star for a long time, and jointly build the world’s first L-plane for surface deformation interferometry applications.  Band double star constellation. In addition to the long-term flying formation configuration, the double star will also conduct collaborative observation in close-range flying formations to achieve large-scale topographic surveys and improve the ability to obtain under-forest topography. Important support for high-precision terrain data update.

The weight of the 01-group B satellite of Land Exploration-1 is about 3.2 tons, and the total area of ​​the SAR antenna exceeds 33 square meters. It is currently the largest SAR satellite in orbit in China. The satellite operates in a quasi-sun-synchronous orbit at an altitude of 607 kilometers, and is equipped with an advanced L-band multi-polarization and multi-channel SAR payload. It has all-day, all-weather, and multi-mode Earth observation capabilities.

The launch of the 01 group A satellite of Land Exploration No. 1 will realize the independent and controllable differential interferometric SAR data in my country, significantly reduce the dependence on foreign SAR data for geological, seismic, emergency and other industrial applications, and contribute to the realization of global goals such as sustainable development. Provide strong technical support for space observation

The satellite of Land Exploration-1 will operate in a network with the subsequently launched Chang Zheng-Long March 4C satellite, which can be used in the fields of geology, land, earthquake, disaster mitigation, surveying and mapping, and forestry, providing support for my country’s autonomous satellite detection and prevention of geological disasters. Maintain national resources and ecological security. According to Wei Chun, deputy chief designer and executive chief engineer of the 01 group of Land Exploration No. 1, the double satellite has filled the gap of China’s L-band land exploration satellite. The L-band signal has the characteristics of long wavelength and good penetration. During observation, the L-band signal can pass through a 20-meter-high tree, and accurately measure the height of the ground, instead of only measuring the height of the forest……