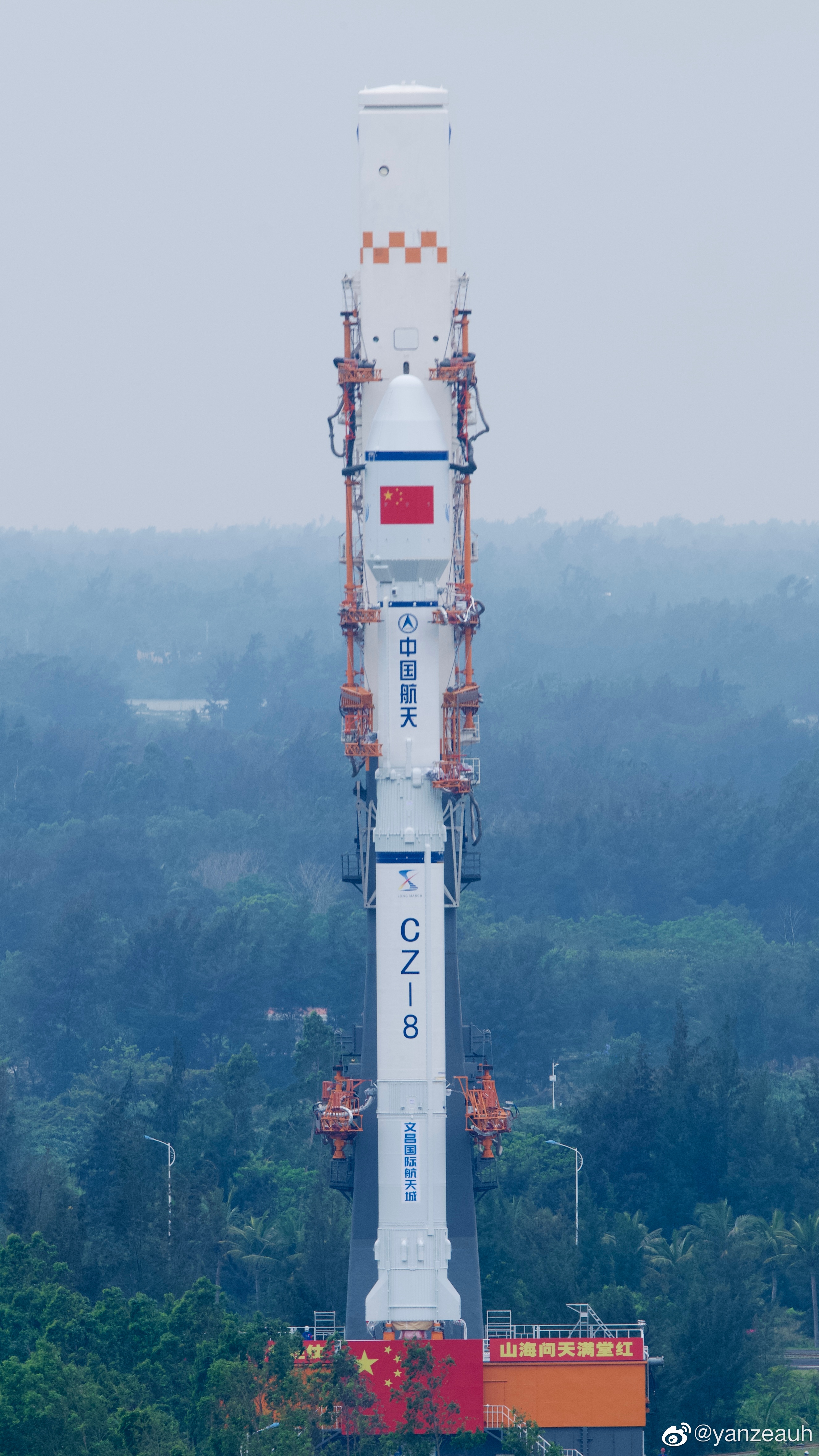 On a very 24th February 2022 Thursday Morning in Hainan Province –China –People’s Republic of China….showering in the district area of the Wenchang – Wenchang Spacecraft launch center in which the awesome team at one of many CNSA –China National Space Administration  that China National Space Administration………….. China’s self-developed newly advance medium-sized carrier rocket, the Long March 8, arrived in Wenchang is the Chang Zheng – Long March 8 Yao Carrier Rocket. In set on planned launching on the late February- Early March 2022 Launching schedule …

This morning, the Chang Zheng Long March 8 Carrier Rocket carried out a vertical transfer – VAB- Vertical Assemble Building at the Wenchang Spacecraft Center…… At present, the slewing launch complex platform has been closed and the transfer has ended successfully. The layers of sea fog can’t hide our enthusiasm, and we look forward to seeing the dawn in three days…!

The 5 satellites launched by Micro-Nano Star this time, except for Wenchang-1 01 and 02 satellites, have the same technical status, all other satellites (Taijing 3 01, Taijing 4 01, Xidian 1) No.) technology status is different, four technology status, parallel development, parallel production, one rocket launch, this is a huge challenge for any satellite company’s research and development capabilities, and the micro-nano star is for each satellite. Elaborately designed the research and development process, constantly breaking through technical difficulties, the research and development team was awake at night, gave up the opportunity to reunite with their families during the Spring Festival, and went 3,000 kilometers to the Hainan launch site, demonstrating the leading satellite development capabilities and tough work style in the domestic commercial aerospace field. .