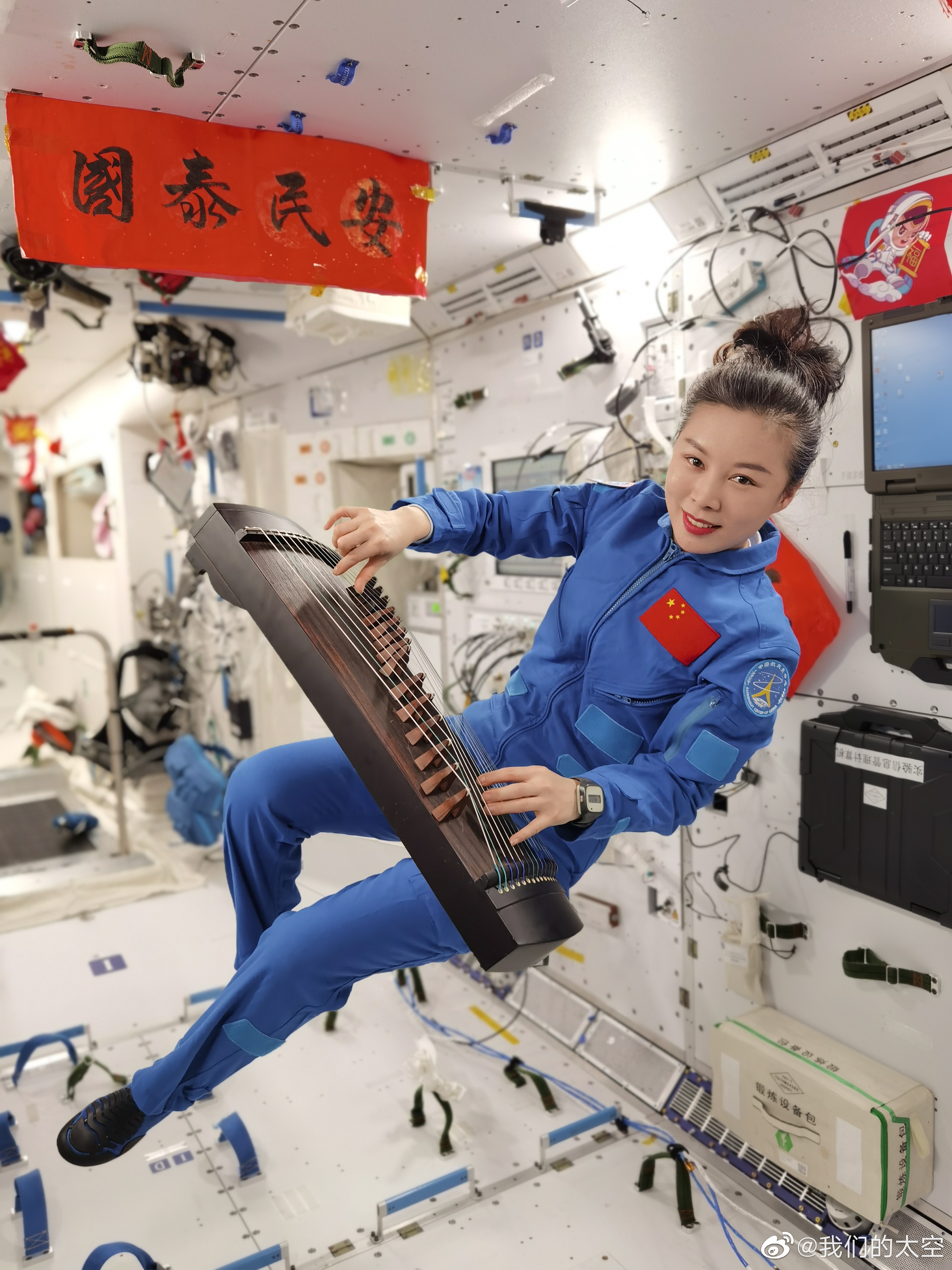 Tianzhou cargo spaceship has an interesting collection of items in which Takionaut Ye Guangfu is definitely an expert in carrying cargo, and I have always been amazed at what other things it has brought to the sky 天州cargo spaceship is an expert in carrying goods Next, let’s enjoy the cucurbit flute performance that Takionaut Ye Guangfu brought to our space station Ye Guangfu at the space station Playing Hulusi….

Wang Yaping is not the only one who can play the Guzheng. Another female Takionaut, Liu Yang, is also very good at it! The two really don’t think about a world ensemble….