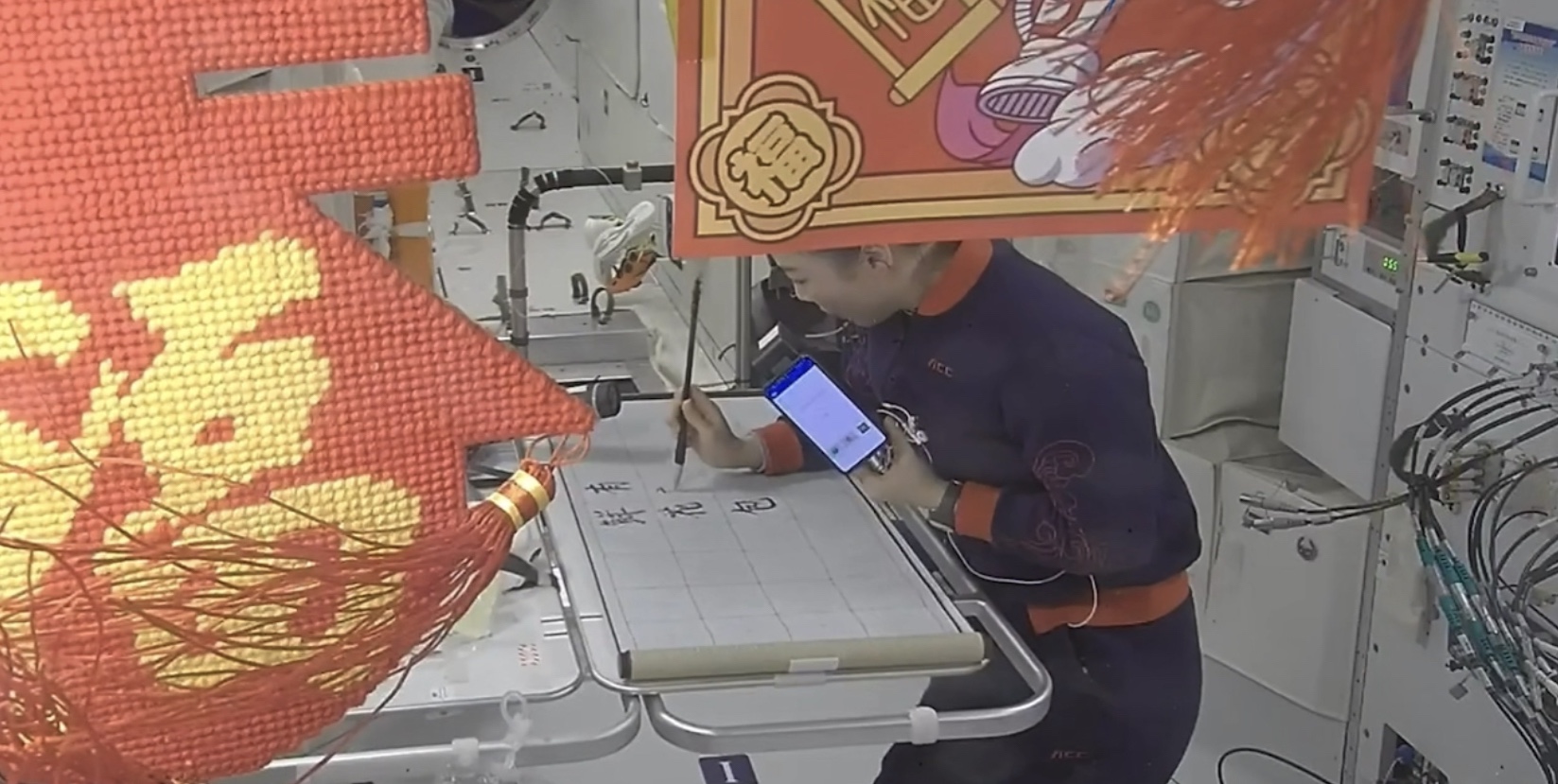 During this week of the upcoming Chinese New Year that sets on 1st February 2022 celebrating the year of the Tiger  in celebrating those moments before hand is  神三团团Space Calligraphy The crew of the Taikonauts Crew of Shenzhou 13th practiced calligraphy in space, watching the commander swiping ink and splashing ink, the calligraphy was chic and elegant; Ye Guangfu’s calligraphy was like a person, with rigorous and meticulous strokes; teacher Yaping wrote There is God, graceful and generous. Chinese traditional culture is broad and profound; this is the romance of our Chinese people..

Also to First time in the sky for Chinese New Year! The Chinese space station is full of flavor The Spring Festival is approaching, and the Chinese space station has already hung up red lanterns and posted the word blessing. The space travel trio is in space 400 kilometers away from the earth, wishing the motherland, the country, the people, and the people of all ethnic groups a happy new year!