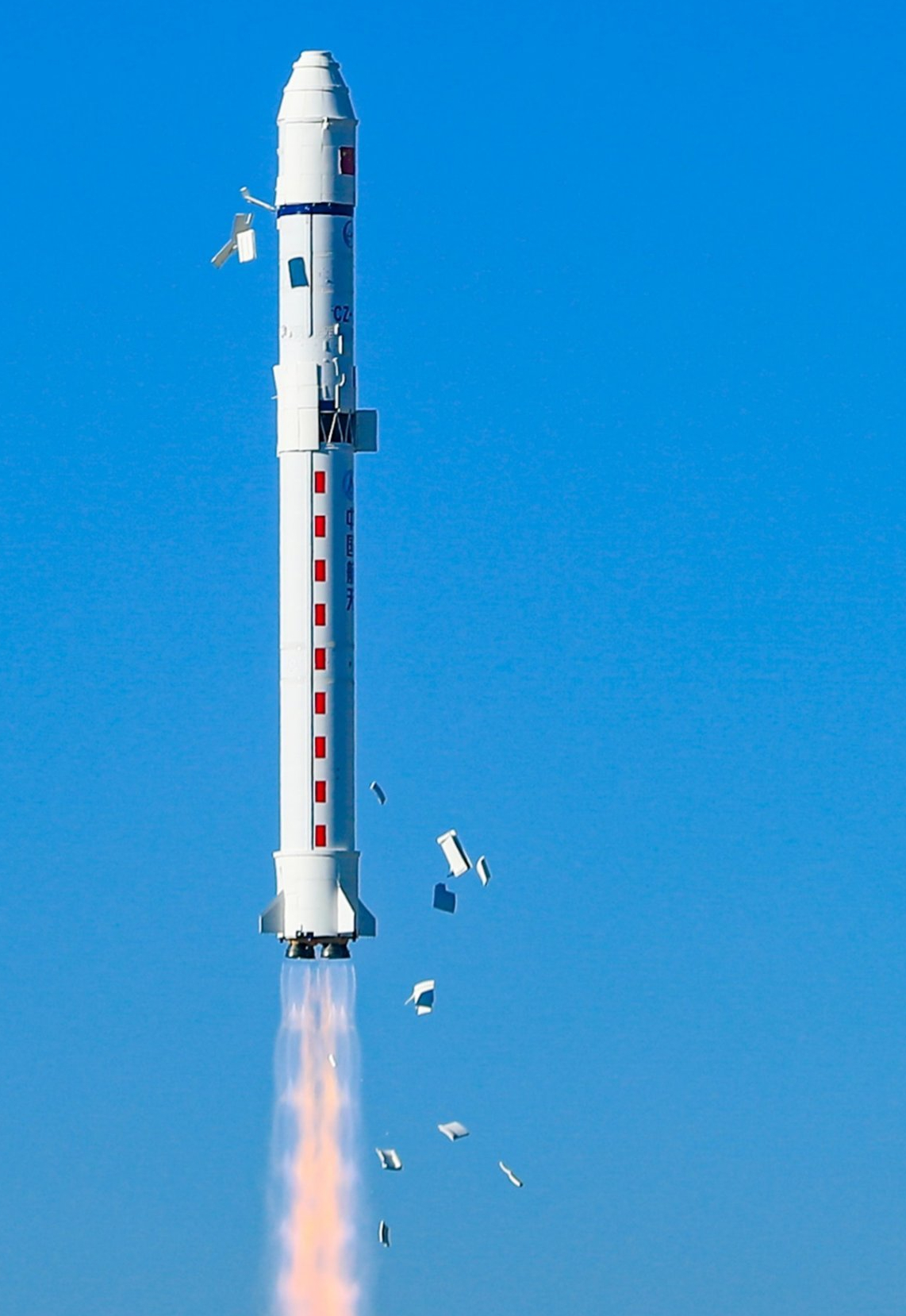 The Shiyan13 Experiment No. 13 satellite was developed by the Institute of Microsatellite Innovation, Chinese Academy of Sciences, and is mainly used for space environment detection and related technology experiments. In response to the special requirements of the satellite interface, the Chang Zheng 2D Long March 2D carrier rocket uses a 2-meter-diameter satellite-carrier Rocket separation device for the first time.

The mission was in the middle of winter, and the lowest temperature in the launch site area exceeded minus 37 degrees Celsius. The Chang Zheng 2D Long March 2D carrier rocket test team upgraded the product sealing measures, and coordinated with the launch site to formulate an improved launch process for low temperature, which further improved the rocket’s low temperature adaptability.
The Shiyan13 Experiment No. 13 satellite is mainly used to carry out space environment detection and related technology experiments. ….. This year, the Aerospace Science and Technology Group plans to arrange more than 40 space launch missions. Among them, the Chang Zheng 2D Long March 2D carrier rocket is scheduled to launch more than 15 times, which is expected to set the record for the highest number of annual launches of this type of rocket. Facing the challenge of high-density launch in 2022, Chang Zheng 2D Long March 2D carrier rocket of the present invention adopts the design idea of ​​”de-mission” to improve product production efficiency and enhance the ability to adjust the launch plan. …This mission is the 406th launch of the Long March series of launch vehicle