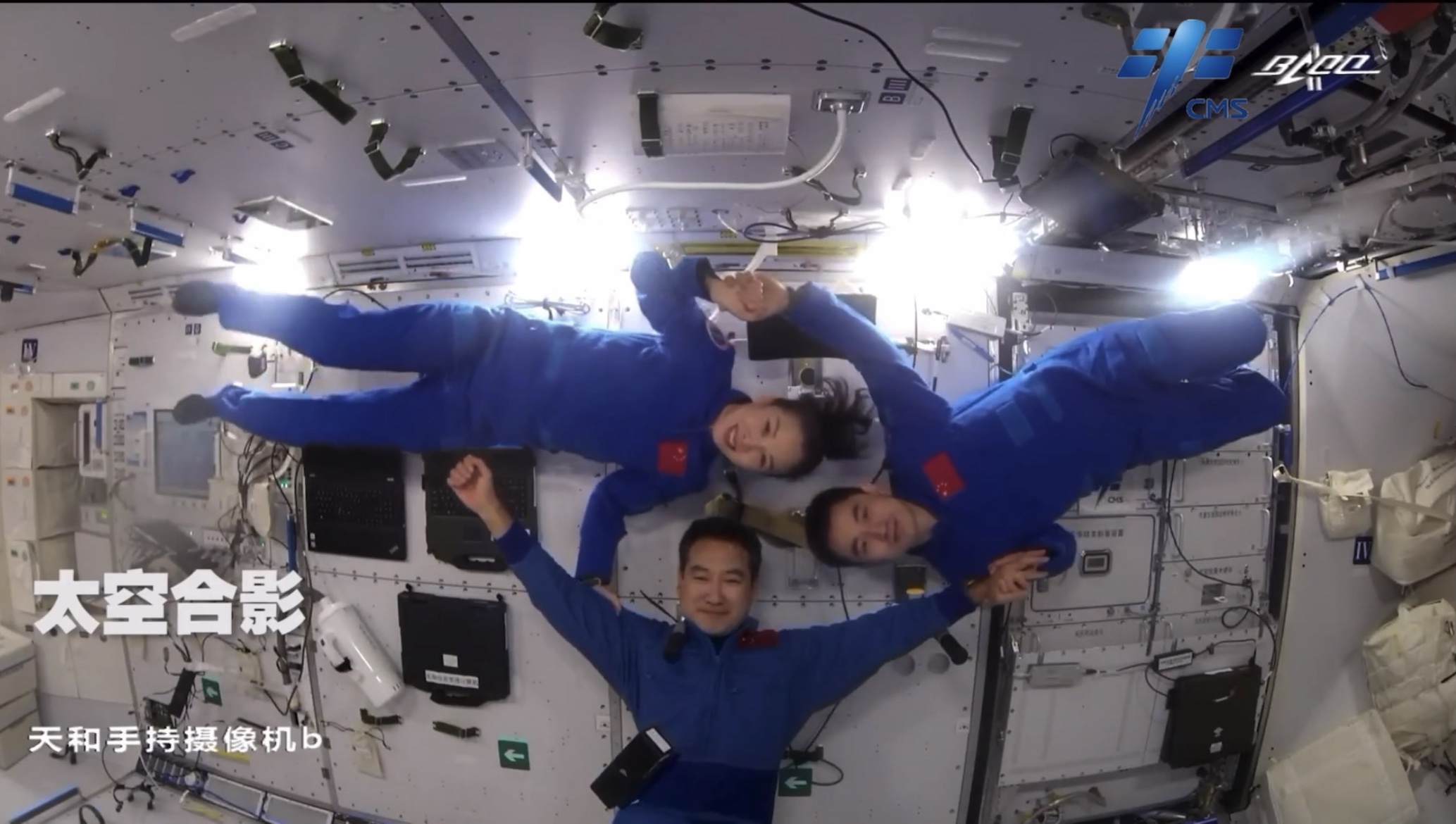 During the week of 6th January 2022 on the previous week Celebrating on New Year’s Day 2022 is the second Space Classroom for broadcasting national wide on China- People’s Republic of China is the “New Year’s Day Beijing-Hong Kong-Macao Tiangong Dialogue” event….

The Shenzhou 13 Takionauts will spend the New Year’s Day in orbit, ushering in 2022. Wang Yaping was in charge of the check, Ye Guangfu expertly gave Zhai Zhigang a haircut, watched art gallery exhibitions on the space station in which children of China from all walks of life contributed to a selection of art gallery that was featured on the New Year’s 2022 Tiangong Dialogue, and took difficult group photos selfies in space……..What kind of new outlook do the Takionauts have in the new year in which more to come….. ?