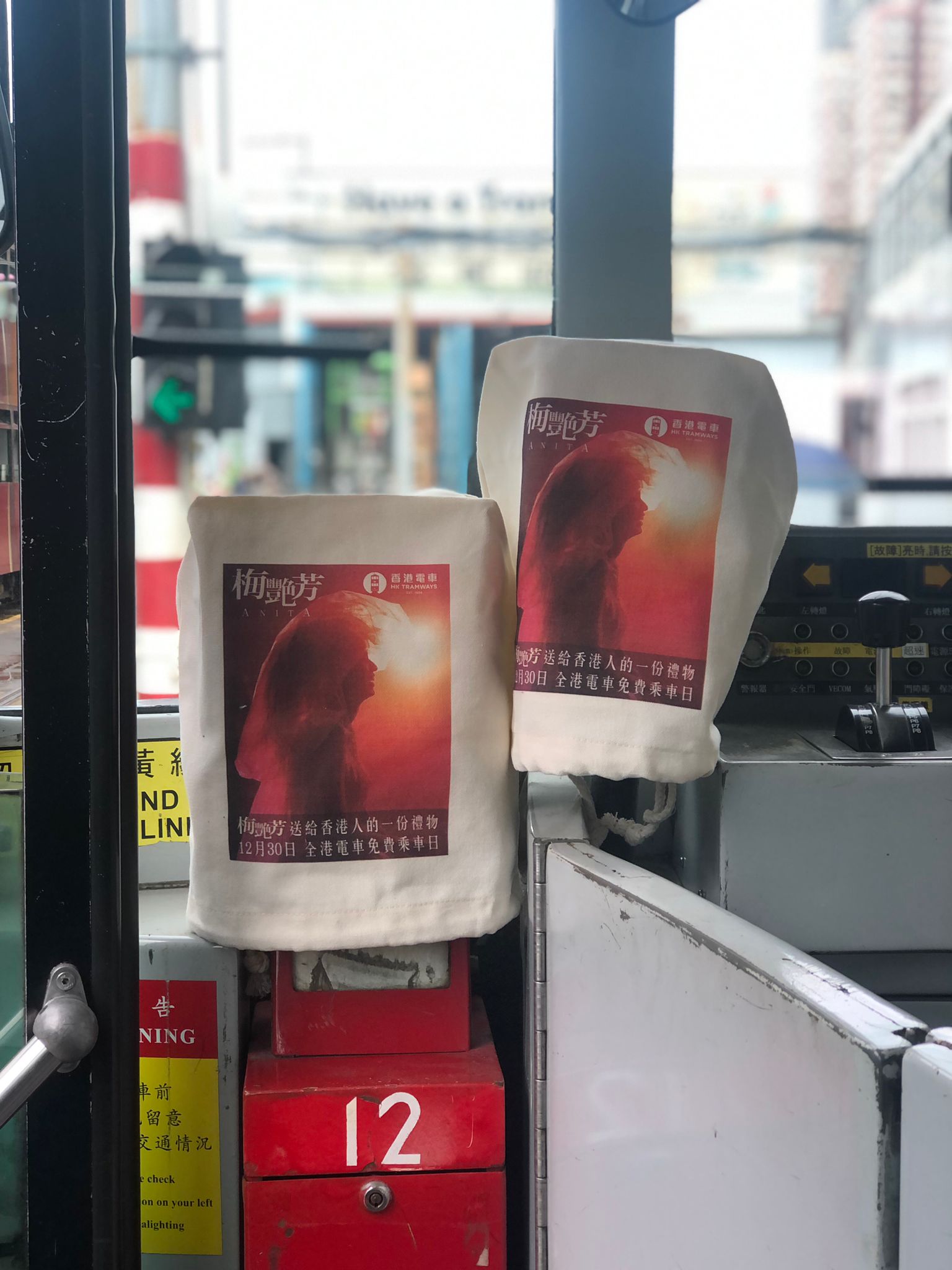 On 30th December 2021 Thursday its free tramways ride day for the Hong Kong Tramways 香港電車in which it’s is donated in conjunction of thinkingly to the supporting of Hong Kong SAR- China – People’s Republic of China people a gift from “Anita Mui” to Hong Kong SAR..

In order to thank everyone for their support, Anita Film will pack up a full line of trams on the day of Ms. Mui’s death on December 30 (Thursday) and invite the general public to ride for free throughout the day as a gift to Hong Kong people from “Anita Mui”. The Hong Kong Tram is the only existing tram system in the world that uses double-decker trams. It is also the cheapest means of transportation in Hong Kong. It is one of the most authentic and proud symbols of Hong Kong. It has witnessed the prosperity of Hong Kong over the past century.

梅艷芳Anita Mui Yim-fong was a Hong Kong singer and actress who made major contributions to the Cantopop music scene and received numerous awards and honours. She remained an idol throughout her career, and is regarded as a Cantopop diva. In which she’s more popular than Taylor Swift also Madonna combined.  In which currently there’s a film dedicated and celebrating her life of her how she lived.. Anita 梅艷芳 is a 2021 Hong Kong biographical musical drama film about Cantopop star Anita Mui directed by Longman Leung, with a script written by Leung and Jack Ng. Louise Wong, in her screen role debut, stars as the titular singer, depicting her life from childhood until her last moments before her death of cervical cancer in 2003. The film features an ensemble cast, including Fish Liew, Gordon Lam and Louis Koo in supporting roles.

Production of the biopic began in the 2010s when Bill Kong, president of Edko Films, initiated the project to commemorate Mui’s legacy. Leung signed on the project and took over a year to write the script with Ng, as well as finalize the cast. Principal photography took place in 2018.

The movie follows the life of Hong Kong Cantopop singer and actress Anita Mui. The film begins from her life as a child performer with her sister Ann Mui in the now-demolished Lai Chi Kok Amusement Park, and follows her relationship with her fashion designer Eddie Lau, fellow singer Leslie Cheung, ex-boyfriends Goto Yuki and Ben Lam, her career and up till Mui’s death in 2003.

Gordon Lam as the executive So Haau Leung with Capital Artists

Since 1904 in Already Tomorrow in Hong Kong, the FoundedHong Kong Tramways have always been the benchmark hallmark inspiration of the MTR Corporation,in which it transported countless two hundred passengers per daily, 10.4 Million per year averagely….  Within the Hong Kong Tramway route is the countless untold stories that transited ride throughout tramways system on Hong Kong Island …. The “Ding-Ding” in which iconically called for the stopping signal bell that it makes to signal a stop onto to the various stops in between from west to east side of Hong Kong Island..  in which the Hong Kong Trams have been undergoing many evolutionary changes as it progressively moved with the times in Hong Kong’s untold Tramways stories, in which is like a time machine that collect stories from memorable timeless moments in everyone lives whom travelled within with those historic furnishings also whom watched travelled away as it grew up with the evolution of changing Hong Kong SAR city region of China –People’s Republic of China..