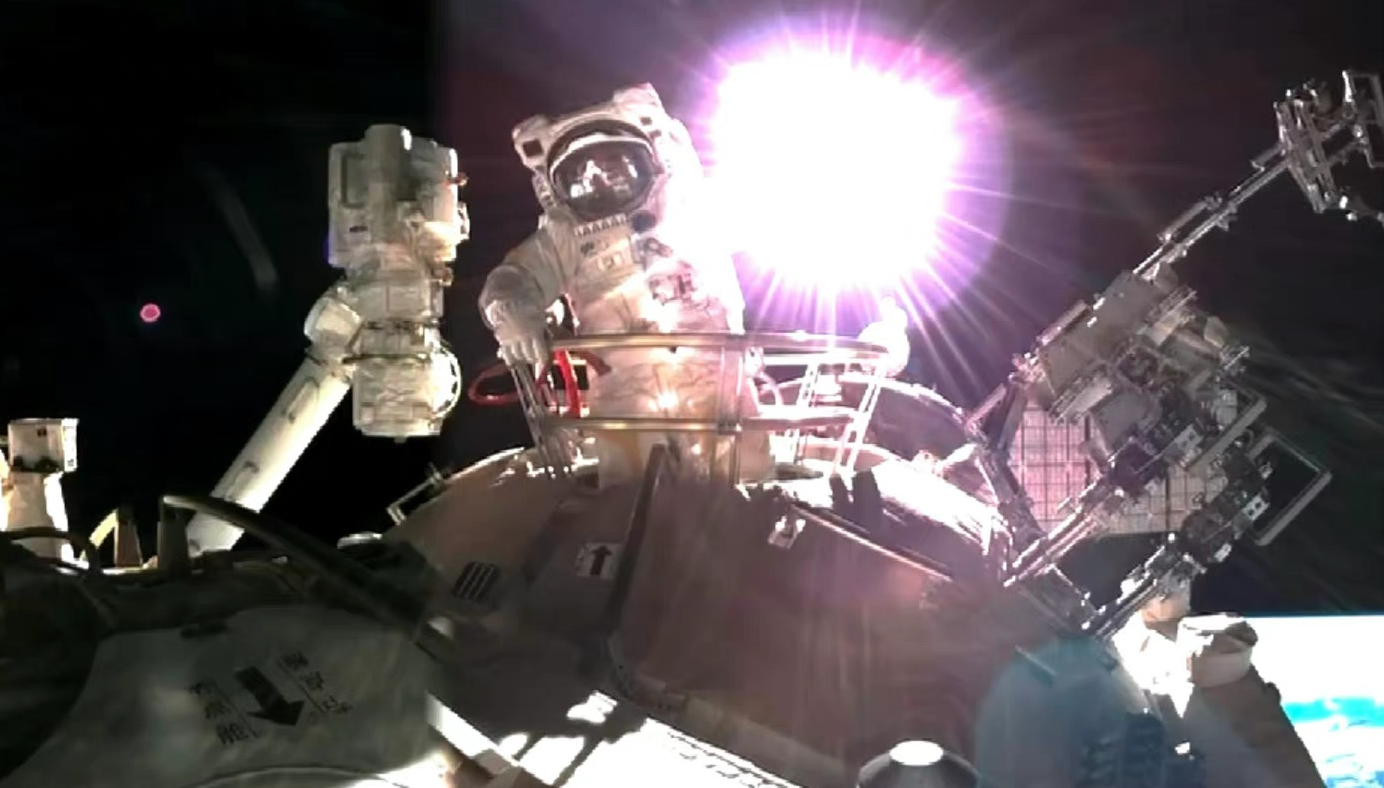 Shenzhou 13 Takionauts Ye Guangfu and Zhai Zhigang successfully exited the cabin, and the implementation of extravehicular operations will become the normal work of the space station phase  At 18:44 Hong Kong SAR – Beijing Time , December 26, 2021, Beijing time, Takionaut Ye Guangfu successfully opened Astronaut Ye Guangfu at 18:50 and astronaut Zhai Zhigang at 19:37, wearing China’s new-generation “Flying” extravehicular space suit, successfully exited the node compartment of the Tianhe core module. In the future, operations such as the lifting of the space station’s extravehicular panoramic camera C and the verification of autonomous carry-over transfer will be carried out in collaboration. During the period, the Takionaut Wang Yaping in the Tianhe Core module cooperated with the ground manipulator arm to support the two outboard Takionauts to carry out extravehicular operations.

It is understood that the implementation of extravehicular operations is becoming the norm for space station missions. In the future, Chinese astronauts will carry out more frequent and more complex exit activities to provide strong support for the smooth completion of the construction and stable operation of the space station.

The 26th December 2021 Shenzhou 13 Boxing Day second spacewalk According to the China Manned Space Engineering Office, the Shenzhou 13 Taikonaut crew will carry out the second out of the capsule in orbit on December 26. Taikonaut Zhai Zhigang and Ye Guangfu will carry out extravehicular operations, and Taikonaut Wang Yaping will cooperate and support in the cabin. Up to now, the Shenzhou 13 Taikonaut crew has been working and living in orbit for 71 days. Since the first exit activity on November 7, the astronaut crew has successively carried out various tasks such as on-orbit medical inspection, space test (trial) inspection, space station platform inspection and daily care, and carried out emergency evacuation and medical treatment. The on-orbit training of ambulance and other subjects successfully completed the first space teaching of the “Tiangong Classroom”. At present, the Shenzhou 13 astronaut crew is in good condition, and the space station assembly is operating stably, and it has the conditions to carry out exit activities….