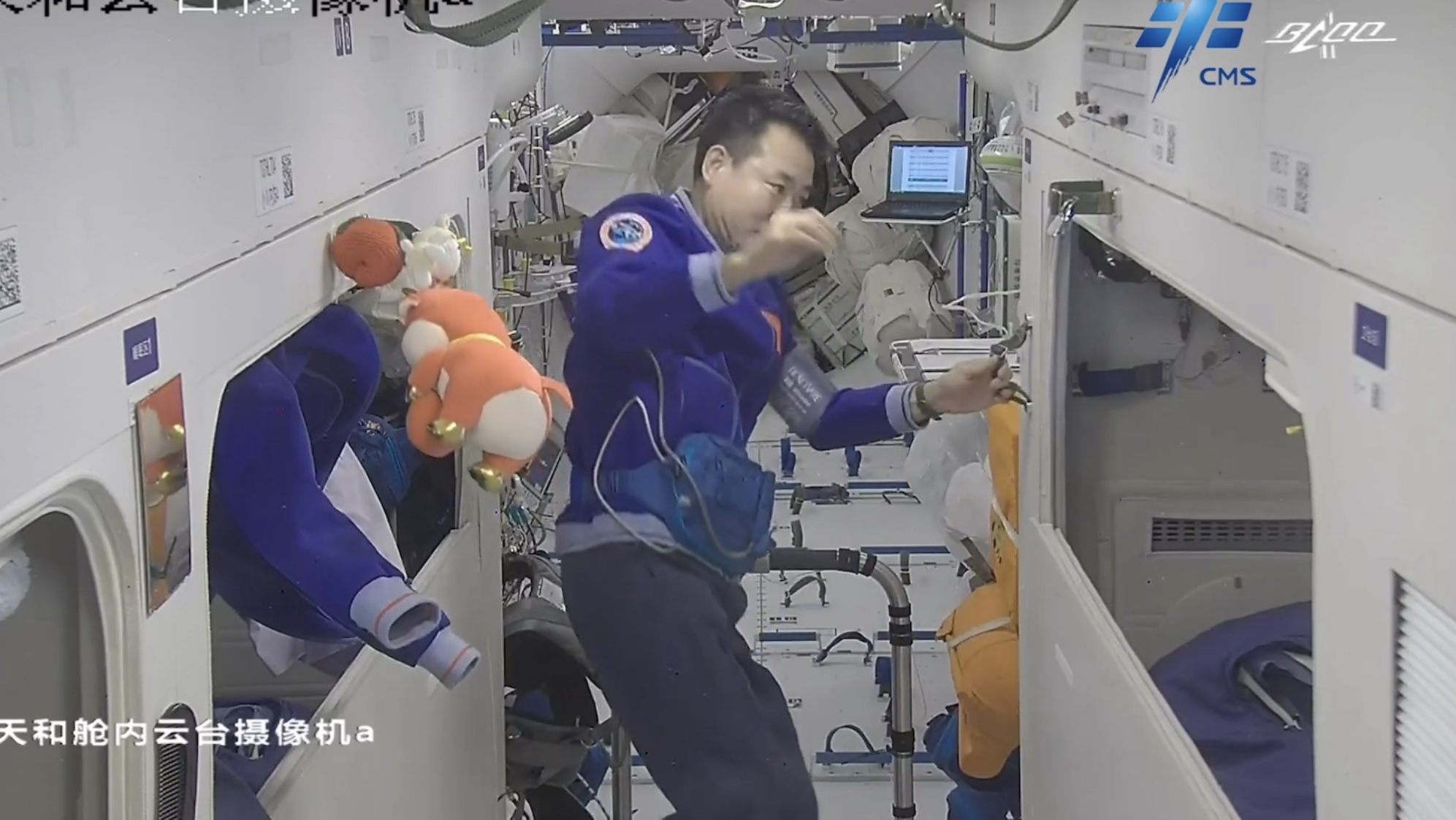 This week of 22 December 2021, on which is the Winter solstice in which is on the 21st December 2021 Tuesday.. during this month Shenzhou Commander Zhai Zhigang has been very gentlemanly in doing the household chores of housekeeping in  which keep him busy apart from on a previous week after the Tiangong Classroom lesson from space orbiting from Space Teacher Wang Yaping this week of 15th December 2021 Shenzhou 13 Commander翟志剛  Zhai Zhigang does the house hold chores of cleaning in which he vacuums the ventilation system vents grids and cleans the China Space Station Complex . Showing a great example teaching of a good  humble gentleman ….

This time on a break, work break doing fancy moves watching his favourite television dramas on a busy schedule can’t take any time off. All kinds of fancy tricks, seize every opportunity Do stretching to fight muscle atrophy and keeping fit in space on China Space Station.