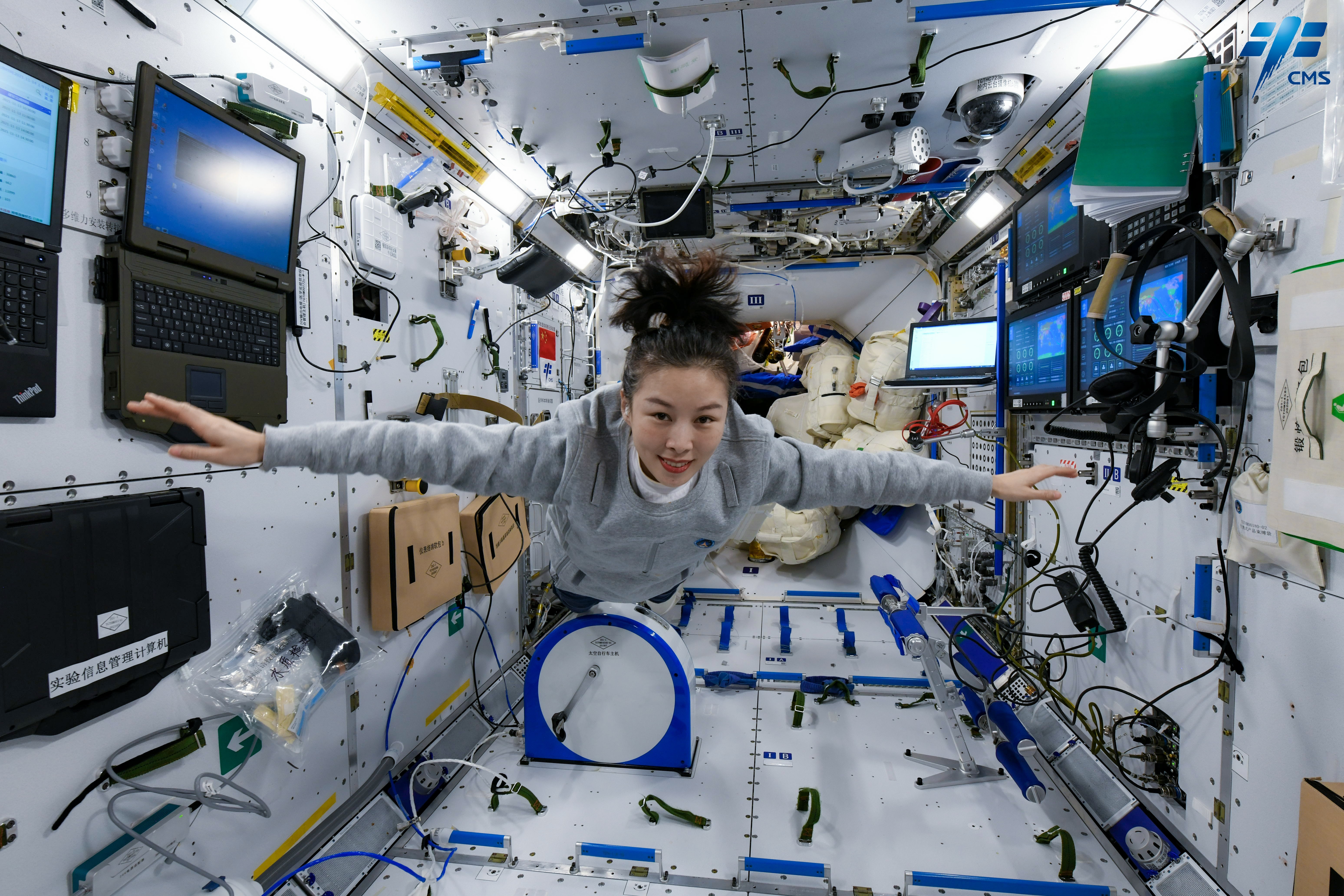 Today on the 24th November 2021, Wednesday Official release by China Manned Space Engineering Office Shenzhou 13 crew member Takionaut王亞平 Wang Yaping in CNSA –China Space Station in which during the one month of six month duration onboard preparations of expansion of the China Space Station components modules in which are coming up. Wang Yaping’s on-orbit photos are here! In just over a month, Wang Yaping not only completed all kinds of in-orbit work as planned, but also became China’s first female astronaut out of the cabin. Today, Zhai Zhigang and Ye Guangfu officially released the in-orbit photos taken by Mr. Yaping!

Today, the China Manned Space Engineering Office officially released the photos of Wang Yaping on the space station. The photographers are Zhai Zhigang and Ye Guangfu from the 13th crew of the Shenzhou 13 The teacher may look cute lovely  Takionaut Wang Yaping, Photography by Zhai Zhigang and Ye Guangfu shot from under different situations in the core module of the Tianhe Core Module as they spend some relaxing time experimenting with different asspects of photography equipment..