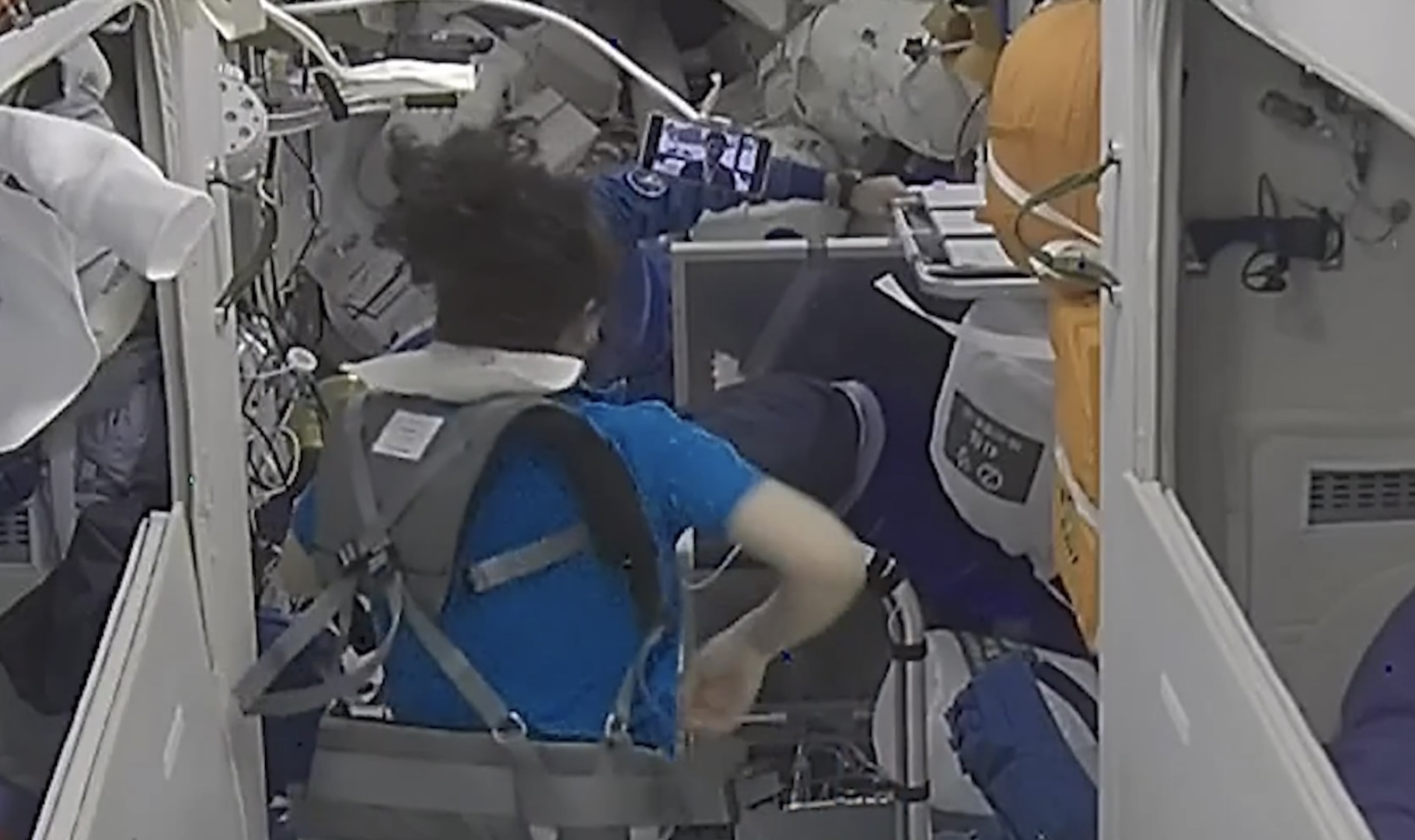 Today on the 23rd November 2021 Shenzhou 13 crew member Takionaut王亞平 Wang Yaping in which taking the time out in keep fit in space, especially in Zero or Micro gravity in which without being presently of Gravity your body mass – bone Structure is risked healthy strength reduction so in space Takionauts- or personal working in space have to regularly exercise in orbit of space  in fixed to almost Earth Gravity situation conditions to a tread mill helps the body strengthens the Bone Structure strength also muscle strength …… How beautiful is life on the China Space station? Astronaut Wang Yaping is both running in space and chasing watching her favourite Chinese dramas in orbit in which her Smart phone is fixed to a bracket with a full set of sports equiment.. ……..

previously 18th November 2021 Shenzhou 13 crew member Takionaut王亞平 Wang Yaping taking the time out from work in which photographing stunning Earth Photography of the outlines of Earth landscape from orbiting around earth, there’s two that have been released photography from the core module Tianhe, Photographing stunning of the great rivers and mountain ranges of China- People’s Republic of China on a wintery season that’s currently season it’s in. Her Photography is release by China Manned Space Agency also photographing more as the Shenzhou 13 Crew orbits the planet Earth with a storytelling to tell of seeing through of what PLA SSF Senior Colonel 王亞平 Wang Yaping telling her stories of the first of six months of her stay on the China Space Station storytelling photographically to you from above of least 400 Kilometers above Earth..  In which storytelling those Breaths taking Stunning Photography of Planet Earth is storytelling through took a beautiful photo of the Earth with a Nikon D850 SLR in the Tianhe Core Module of Tiangong Space Station on November 18 among other stunning Earth Photography…!