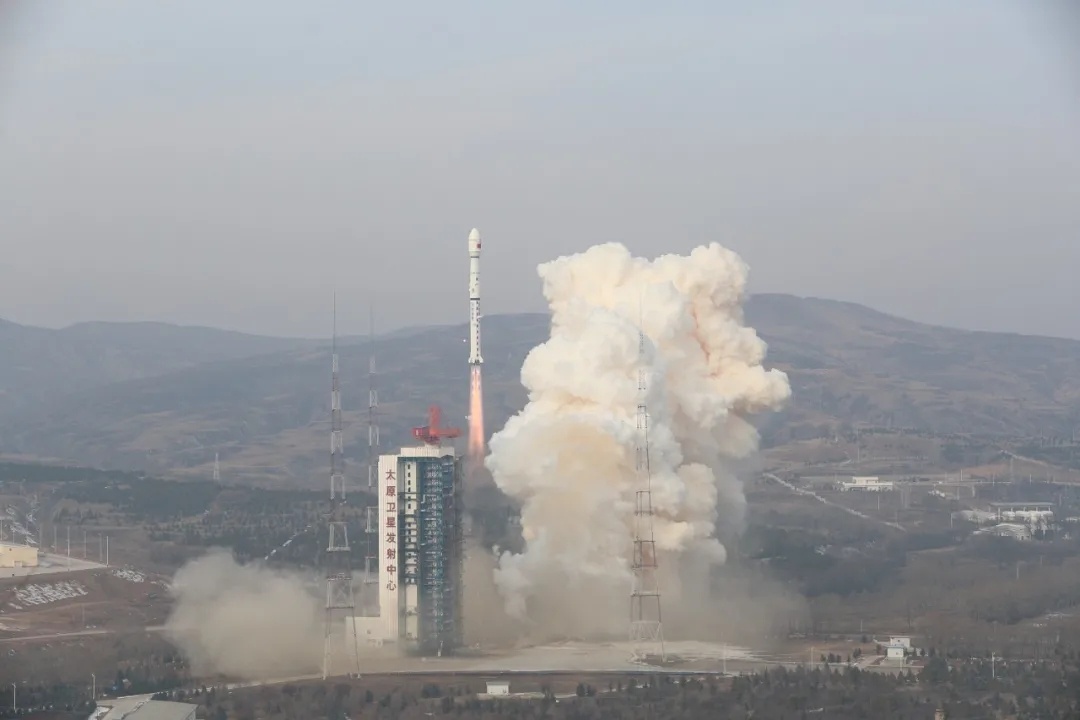 Subsequently, the satellite successfully entered the scheduled orbit, and the launch mission was a complete success. Gaofen 11 three satellites was developed by the Fifth Academy of China Aerospace Science and Technology Corporation. It has made outstanding contributions to national economic and social development in the fields of land census, urban planning, land ownership confirmation, road network design, crop yield estimation, and disaster prevention and mitigation. . The Long March 4B launch vehicle is a normal temperature liquid three-stage launch vehicle developed by the Eighth Academy of Aerospace Science and Technology Group. It has the ability to launch multiple types of satellites with different orbital requirements. The orbital carrying capacity can reach 2.5 tons. This mission is the 397th launch of the Long March series of carrier rockets. China Aerospace Science and Technology Corporation

Gaofen 11 three satellites was developed by the China Aerospace Science and Technology Group Fifth Academy, and has made outstanding contributions to national economic and social development in the fields of national land survey, urban planning, road network design, crop yield estimation, and disaster prevention and mitigation……..

[ Gaofen GF11 full-spectrum spectral imager developed by 508] As one of the main payloads, the full-spectrum spectral imager is a visible-infrared integrated push-broom imaging space remote sensing camera developed by 508. The imager integrates three imaging channels of visible, short and medium wave, and long wave, which can simultaneously obtain remote sensing images in 12 spectrum bands of visible, near-infrared, short wave, medium wave, long wave, and very long wave. The long-wave infrared detector is a key component of the long-wave imaging channel. It is responsible for converting the received optical signal into an electrical signal, and generating the image we see through the signal processing circuit, the satellite data transmission system and the ground system data processing. The photosensitive surface size of the long-wave infrared detector is only 60mm*12mm. It is hard to imagine that there are nearly 20,000 tiny pixels in such a small chip. Through the optimization and improvement of the preparation process of the very long wave detector chip, the sensitivity of the long wave infrared detector has been increased by 3 times, the gray level of the image has been increased by 3.5 times, and the image quality has been significantly improved compared with the predecessors on the Gaofen-5 satellite .

As a typical representative of China’s visible-infrared common optical path push-broom imaging space optical remote sensor, the full-spectrum spectral imager is the load with the widest spectral range among high-resolution multi-spectral remote sensing cameras in China. In addition to the above advantages, it also has Many “artifacts”: it has 3 imaging channels and 12 spectrum bands, which can be imaged day and night; its long-wave infrared spectrum has the highest spatial resolution of 40 meters for international civil satellites; it passes high-sensitivity detectors and high-precision focal planes Temperature control, high-precision radiation calibration and other methods provide support data for quantitative applications of users, and can accurately and quantitatively obtain surface temperature, water surface temperature, temperature difference range, thermal pollution discharge outlet distribution, mineral information distribution, and vegetation coverage from the image. More detailed information such as the degree of drought and the degree of drought.

The Gaofen11 series Remote Sensing Earth Sciences Satellite manufacturer is CAST – China Academy of Space Technology also in collaboration with its associate agency with CHEOS- China High Resolution Earth Observation System in which is design Built on a CAST 2000 Design Heritage Earth Sciences, in which is design for Translating Gaofen is High Resolution, also known as CHEOS- China High Resolution Earth Observation System, in which provisions in the real time observational data analysis of with high resolution multi spectra equipment imaging system in analysis for assessing environmental disaster warning, emergency response also for the protection for ecological, also providing support for infrastructure construction, transportation for various purpose of the Belt And Road initiative  … one of many specifications of the Gaofen 10 Earth Sciences satellite is The high-resolution satellite is a large-scale remote sensing satellite system for the national science and technology major special arrangement of the microwave remote sensing satellite, the ground pixel resolution is up to sub-meter …