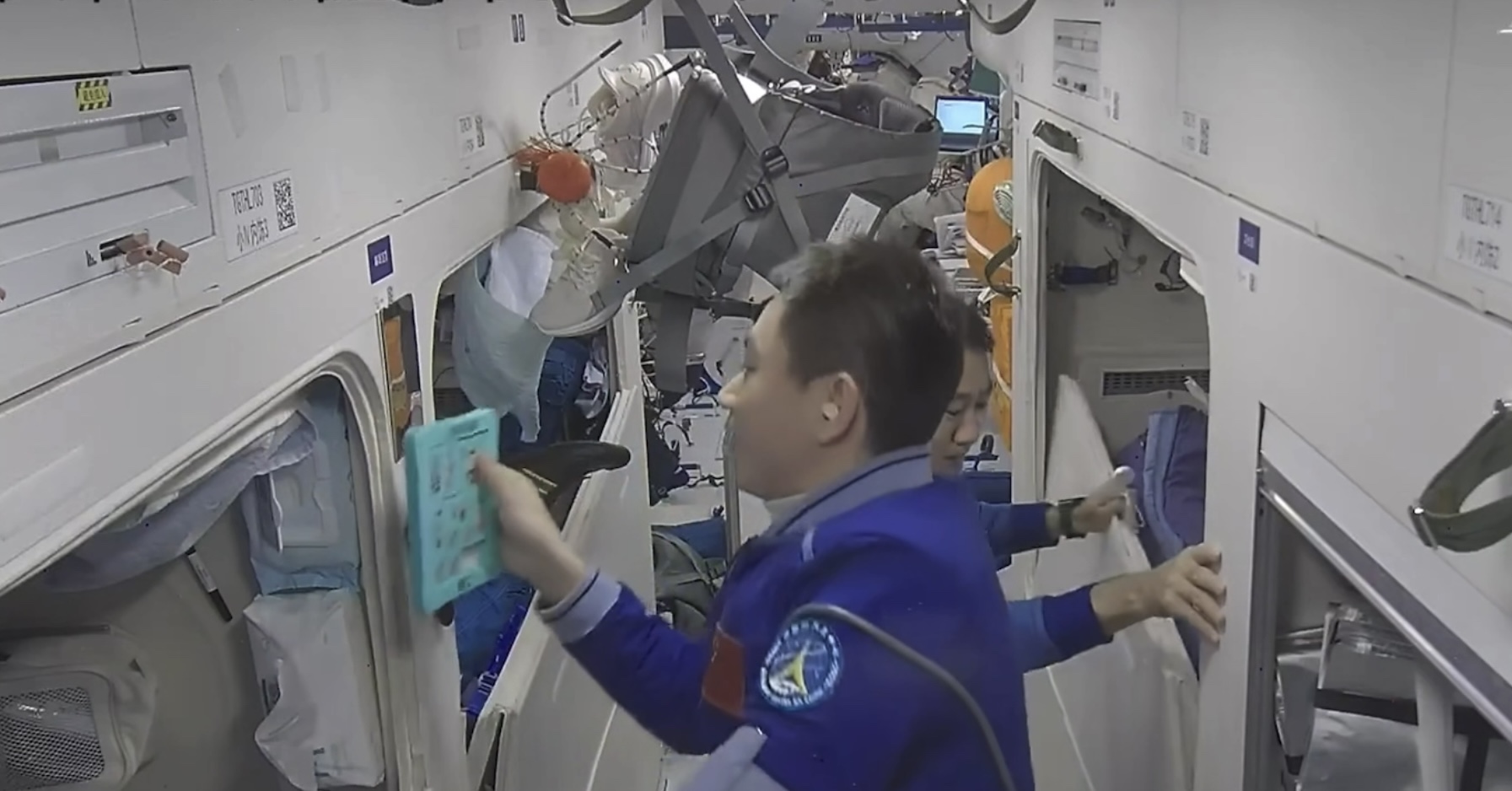 中国空间站 On 8th  November 2021 Hong Kong SAR – Beijing Time  morning, the Belt and Road Initiative CNSA –China National Space Administration  CSS China Space Station in which on a three to six months setting up a new home of the first three Shenzhou 13 in which spending up to on for the further construction and verifications of the systems of the CSS –China Space Station 2021 launch calendar in which currently the three Takionauts current Shenzhou 13 ……  Preparations for the six months of extension of the China Space Station  In which the currently it remains awaiting for the crew of setting up home in conducting fun scientifically onboard中国空间站.. the China Space station

On 19th November 2021 Takionauts葉光富Ye Guangfu  on a work break goes seriously enjoyable puzzle solving on Ancient Chinese Puzzle game in which sliding wooden slides that form a picture or some intriguing clues in which  Chinese culture is extensive and profound, and the most dazzling ethnic style is not only Tai Chi. Watch Ye Guangfu take you to experience the charm of the traditional Chinese puzzle game Huarong Dao ! The little surprise that the space station prepares for the astronauts is only you can’t think of it

Previously on the 18th November 2021 Takionauts葉光富Ye Guangfu goes treasure hunting within the confines of the CNSA –BRI-CSS China Space Station in with a trusty head gear torch goes adventuringly in the Tianhe Core Cabin in search for equiment parts to assemble for that treasures hidden everywhere in the core cabin, let’s take a look at the storage tank of the reclaimed water treatment system! Ye Guangfu is setting up a water tank for the reclaimed water treatment system. To live and work comfortably in orbit for a long time, every movement of the astronauts is crucial in enhancing the CSS- China Space Station Eco System.