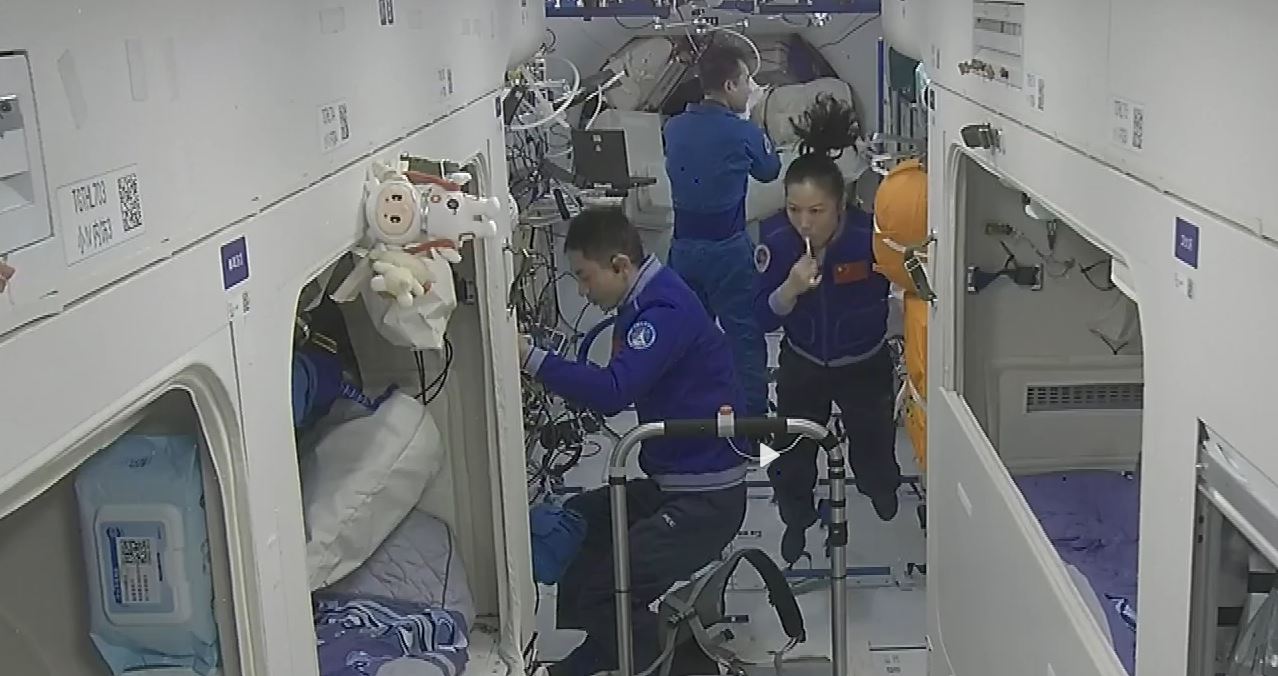 中国空间站 On 2nd November 2021 Morning Hong Kong SAR – Beijing Time  morning, the Belt and Road Initiative CNSA –China National Space Administration  CSS China Space Station in which on a three to six months setting up a new home of the first three Shenzhou 13 in which spending up to on for the further construction and verifications of the systems of the CSS –China Space Station 2021 launch calendar in which currently the three Takionauts current Shenzhou 13 ……  Preparations for the six months of extension of the China Space Station  In which the currently it remains awaiting for the crew of setting up home in conducting fun scientifically onboard中国空间站..

The Three Takionauts crew entered the space station and started a new journey. They lived in orbit for six months. A good start is half the battle. It depends on how the astronauts get up in space. “Scrubbing up” in getting ready for the Morning and the fun work onboard in which there are so much preparations that the Takionauts morning as full and busy …. Produced by the Manned Space News and Publicity Center, Shenzhou Media, and Xinhua News Agency Satellite News Laboratory… in which shows as the Takionauts wash their hair, teeth, and face in space after getting up…… the first to get up is Takionaut Zhai Zhigang. After getting up, he first went to the locker room to put on the cabin overalls, picked up the razor to shave carefully, and then took out the “black technology”-a shower cap that can wash his hair, rubbed it on his head, and it was done in a short while to wash.