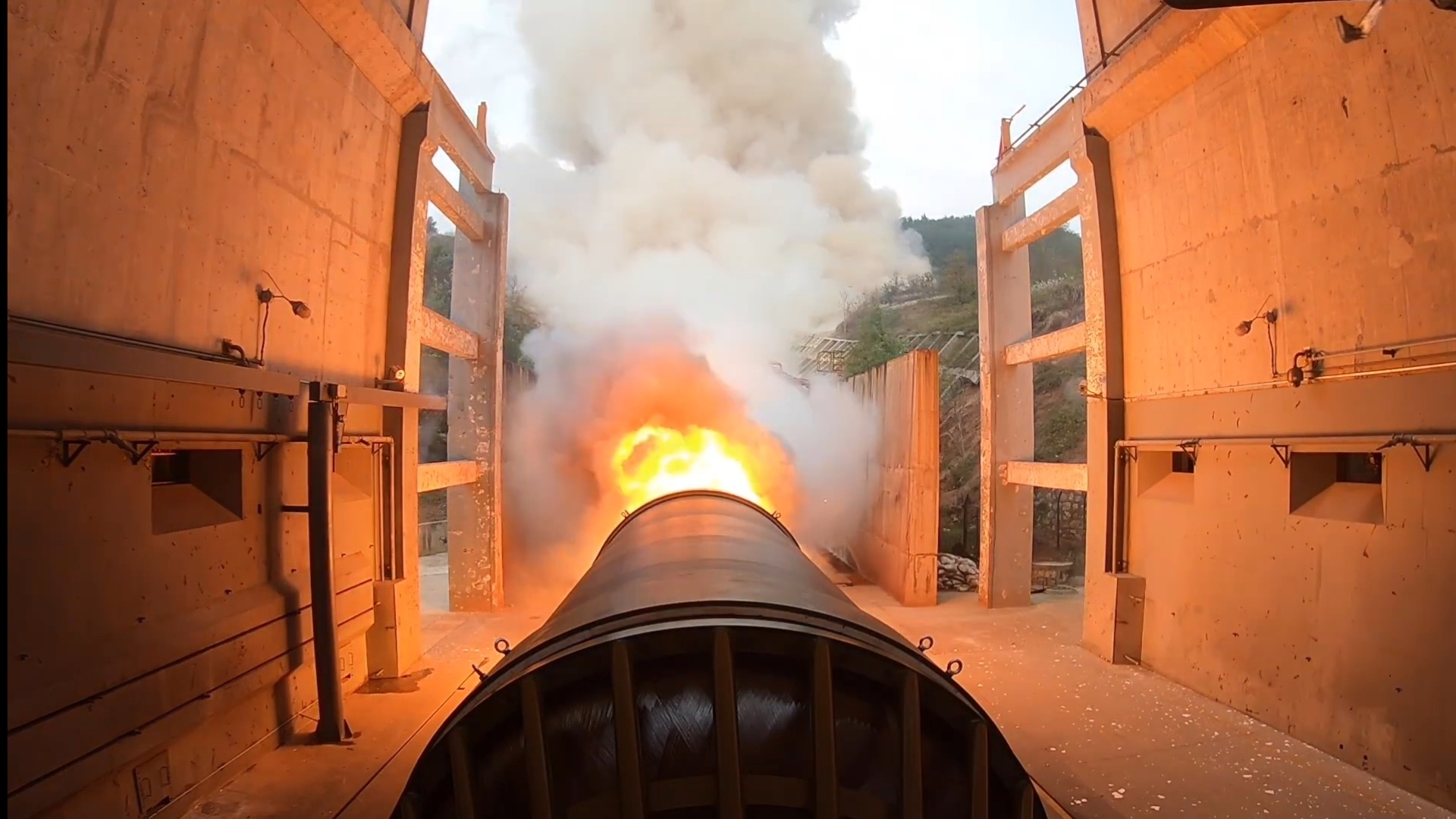 On 19th October 2021 CASC China Aerospace Science and Technology Corporation at Xi’an Shanxi province – one of Many Ancient Capitals of China – People’s Republic of China, in which CASC  Department division Fourth Academy of Aerospace Engineering have successfully test a large Solid Rocket Booster engine motor system, in which providing the world’s largest thrust, highest impulse-mass ratio, and easy-to-use integral solid rocket motor with a diameter of 3.5 meters, a charge of 150 tons, and a thrust of 500 tons….. The success of the test opened up the key technology link for the development of China’s thousand-ton solid thrust engine.

The Major breakthrough! The world’s largest thrust monolithic solid rocket engine was successfully tested in the Fourth Academy of Aviation Industry of China…. The SRB –Solid Rocket Booster Engine motor ecosystem..  The engine has a diameter of 3.5 meters and a thrust of 500 tons. It adopts a number of advanced technologies and the overall performance of the engine has reached the world’s leading level. The success of the test indicates that China’s solid carrying capacity has been greatly improved, and is of great significance to the promotion of the development of large and heavy launch vehicle technology in the future for various launch Solid Rocket Carrier Rockets in operationally launch in various key launch Platforms situations in which are to optimised a low cost high quality launch whether it’s on mobility on land or at Marine launching conditions.