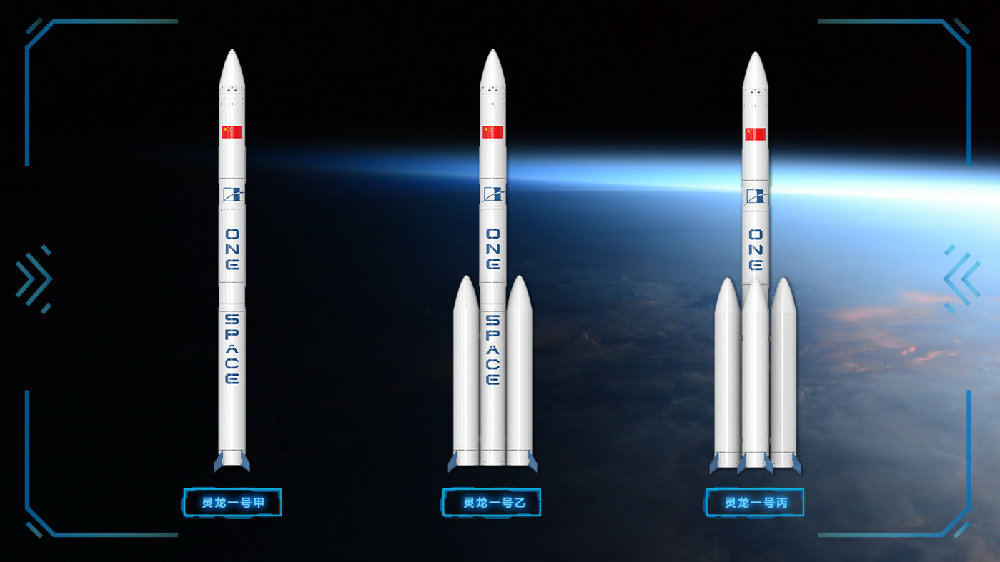 Currently  in Zhuhai City is China International Aviation & Aerospace Exhibition -Air show China  in which is currently running in between 28th  September to 3rd October 2021 Zhuhai City –Guangdong province Greater Bay Area of China- People’s Republic of China….  In which One Space – One Space China exhibits at this Zhuhai Air Show in which located at the H5E3 booth at the Zhuhai Air Show.

Zero One Space Linglong One Solid Rocket debuting at Zhuhai Air Show Linglong One is the basic model of the Linglong One series of solid launch vehicles. It is a strategic product for the future development of Zero One Space. The advantages of Zero One Space in all rocket subsystems are integrated, and the cutting-edge rocket technology of the industry is integrated into one. This type of rocket pays attention to differentiated positioning has the characteristics of efficient delivery, fast response launch, intelligent measurement and launch, and quality assurance. It will effectively meet the rapidly growing launch needs of small and medium-sized solid launch vehicles and fill the demand gap in the satellite market for rapid patching.

Zero One Space showcases Wangshu family products such as launch vehicles and container launch platforms, fully embodying the advantages of Zero One Space in supporting equipment products such as strong adaptability and high reliability, and is committed to providing a complete set of ground system solutions for the construction of integrated aerospace services. And product supporting services

Zero One Space exhibiting company’s outstanding achievements in the field of solid rocket motors, demonstrating the company’s advantages in the field of solid rocket motors. Among them, a number of UAV booster engines and missile engines were unveiled at the air show, showing the characteristics of Hongming series engines such as multi-stage thrust, high mass ratio, and high technological maturity, presenting the audience with zero power.

Efficient delivery……..  Linglong One is the basic model of the Linglong One series of solid carrier rockets. Through technical innovations such as optimized design of stage ratio, comprehensive optimization design of orbit and attitude control/fairing, and lightweight design of structural cabins, it gives full play to the company’s strength in rockets. The advantages accumulated in the technical field have achieved a higher carrying capacity in a carrier rocket of the same take-off quality, reaching the first-class level at home and abroad.

Fast response……. Linglong No.1 A adopts technologies such as fast mobile launch platform, intelligent measurement and launch control, fast positioning, orientation and aiming, liquid engine pre-packaging, and automatic calculation of various elements to achieve high mobility and quick response. It can be adapted to road and railway flatbed vehicles. Several modes of transportation such as, freighter, etc. carry out rapid maneuvering. In the vehicle launch mode, the preparation time is less than 10 minutes from parking the launch platform to completing the rocket launch.

Quality Assurance…….Linglong No.1 A follows the design idea of ​​”simple is reliable”. It does not take stand-alone redundancy measures except for the pyrotechnics on arrows. It simplifies the system through integrated design, and improves product and technology reuse through modular design. Rate, and finally achieve the design goals of high reliability and low cost. At the same time, Linglong No. 1A has carried out low-cost design in terms of overall plan, separation plan, electrical system plan, etc., adopting core products at the end of the supply chain to independently control the supporting facilities, and strengthen the quality control of core products while reducing costs.

Linglong One is the first solid launch vehicle product of the Linglong One series, which combines the advantages of Zero One Space in various rocket subsystems, and integrates the cutting-edge rocket technology of the industry, which is the difference between Zero One Space rockets. An important manifestation of oriented positioning. Now Linglong One is ready to go, and will make its debut during the Zhuhai Air Show. There are also many rocket subsystem products that will be unveiled along with it.

​​​​ Images and visual are from Weibo also from their respectives of 一個空間  One Space -Chongqing Zero One Space Aerospace Technology Co., Ltd.