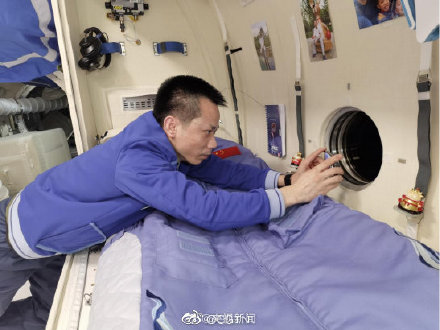 中国空间站 Today On 29th September 2021  in which during On 9th September, 2021, at Hong Kong SAR – Beijing Time  morning, the Belt and Road Initiative CNSA –China National Space Administration  CSS China Space Station in which on a three month setting up a new home of the first three Shenzhou 12 crew Takionauts –Chinese Astronauts Nie Haisheng – Liu Boming – Tang Hongbo …  in which on that Thursday Official release! The Stunning photography works taken by the Shenzhou 12 Takionauts in orbit are stunning timeless in incredible stunning photography detail through the China – The China Manned Space Engineering Office officially released the Shenzhou 12 manned mission 3 Takionauts in orbit photography shot 从空间看地球 high-definition pictures . Today, let the “Shenzhen photographers” of the Shenzhou 12 astronaut crew take you to appreciate the shocking beauty of the earth from the first perspective of the Takionauts! ​​​

CMS China Manned Space the Manned Space department has Official release from China Manned Space Office! Space The third batch 宇宙员给地球拍写真Takionauts Liu Boming and Tang Hongbo will show you the wonderful rivers and mountains of this world. The third batch of photographs in orbit on Shenzhou 12 is released ….. I have seen the beautiful scenery of the northwest of the motherland, let the astronauts take you all the way from the northeast to the south, from the Oriental Pearl Tower to the 101 building, and see the “lights of thousands of homes” in the motherland in the eyes of the Takionauts .