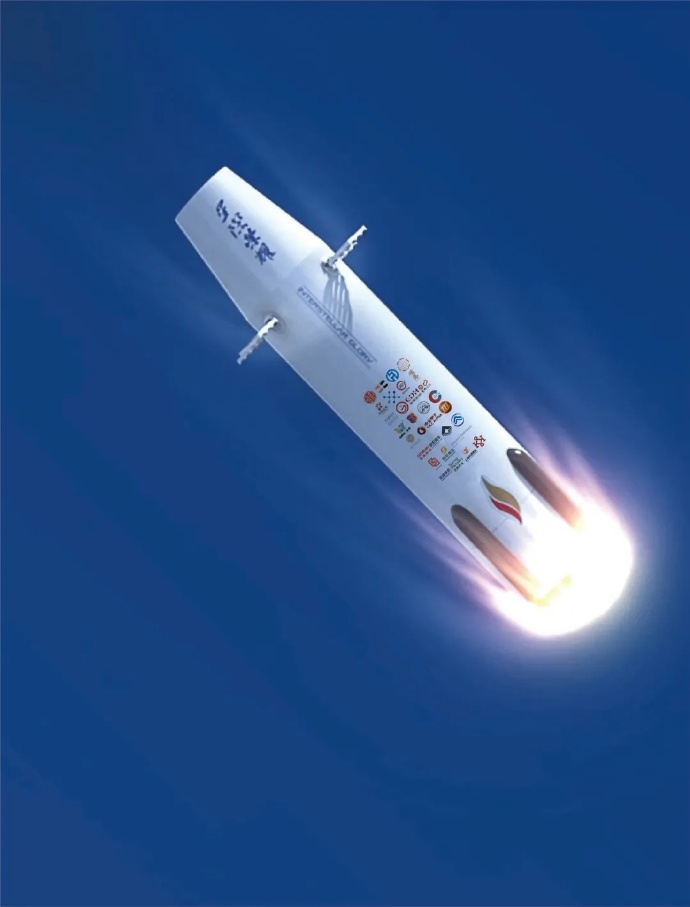 Showcasting it’s Reusable Carrier Rockets also it Reusable ecosystem  Hyperbola One: A small solid carrier rocket, with a four-stage solid configuration, with a total length of 24 meters, a diameter of 1.4 meters, a take-off mass of 42 tons, and a 500-kilometer sun-synchronous orbit. Less than 300 kg, 700 km sun-synchronous orbit carrying capacity is not less than 230 kg.

Hyperbola II: Reusable small liquid launch vehicle, adopts a two-stage series configuration, the first and second stages adopt 15-ton reusable liquid oxygen methane liquid rocket engine Focus No. 1 (JD-1), one of which 9 units are installed and 1 unit is installed in the second level. The diameter of the first-class rocket body is 3.35 meters, and the diameter of the second-class rocket body is 2.25 meters. The total length of the rocket is about 28 meters, the take-off weight is about 90 tons, the maximum carrying capacity of low-Earth orbit is 1.9 tons, and the carrying capacity of 500km SSO orbit is 1.1 tons (non-recovery)/0.7 tons (first-stage recovery). The first stage of the rocket has a vertical landing recovery function, which can be reused more than 30 times.

Images-visuals are from Weibo and their respectives..