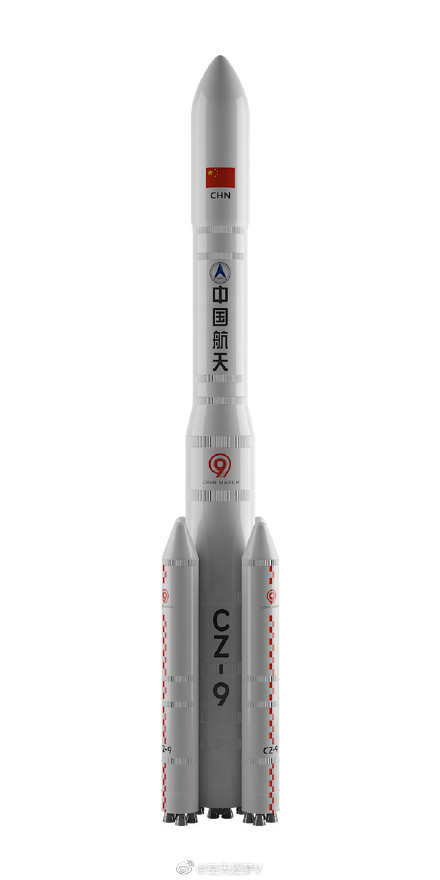 At this Zhuhai Air Show 2021 at Zhuhai City –Guangdong province Greater Bay Area of China- People’s Republic of China  in which is set to take place at the end of 28th  September to 3rd October 2021….  In which CNSA China National Space Administration in which one of its department  The Rocket Academy will present 23 achievements. The exhibits cover three major sectors: aerospace, defense, and aerospace technology applications, covering physical objects, models, demonstrations, etc., to show the world the Rocket Academy’s presence in a multi-angle, Omni-directional and three-dimensional manner. New achievements in the aerospace field have played an important role in promoting national defense construction and the national economy.

In terms of power selection, the new generation of Long March rockets generally use new non-toxic and harmless fuels such as liquid hydrogen, liquid oxygen, and liquid oxygen kerosene to replace the original highly toxic fuel of dinitrogen tetroxide/unsymmetrical dimethylhydrazine. In addition, the Long March 11 small launch vehicle using solid power has also been added to fill the gap in the demand for rapid response and global launch. The new generation of Long March 6A also fills the gap in the current Long March series of launch vehicles without solid boosters, becoming my country’s first solid-liquid hybrid power medium-sized launch vehicle, laying the foundation for larger-scale solid-liquid hybrid power applications in the future .

In terms of reusability, the Long March 6X and Long March 8R rockets in the new-generation carrier rocket family have clearly recyclable and reusable capabilities. At present, the progress of Chang 6 X is not clear, and Chang 8 R is expected to carry out key technology verification within this year. In addition, the new generation of manned launch vehicle (921 rocket) also reserves recoverable capacity, which is expected to be added to the existing configuration. The 2021 version of the Chang 9 configuration is also one step further in the direction of recyclability, and the possibility of reserving recyclable capacity is not ruled out. The overall configuration and design style approaching the starship may also include the ultimate goal of achieving 100% recovery of the entire arrow (under the second configuration).

In any case, as the new generation of Long March rocket family matures, they will gradually replace and eliminate contemporary workers who use highly toxic fuels. Cleaner fuels, safer landing control, lower usage costs and higher carrying capacity have determined that they will frequently appear in our vision in the next few decades. The launch vehicle determines how big the stage of spaceflight is. Including the International Lunar Scientific Research Station, manned landing on the moon, manned landing on fire, planetary exploration, and marginal solar system probes, almost all of my country’s important space engineering projects in the coming decades will rely on a new generation of Long March rocket family. With the help of the new generation of Long March carrier rockets, the Chinese people’s exploration of space will surely go farther and more steadily!