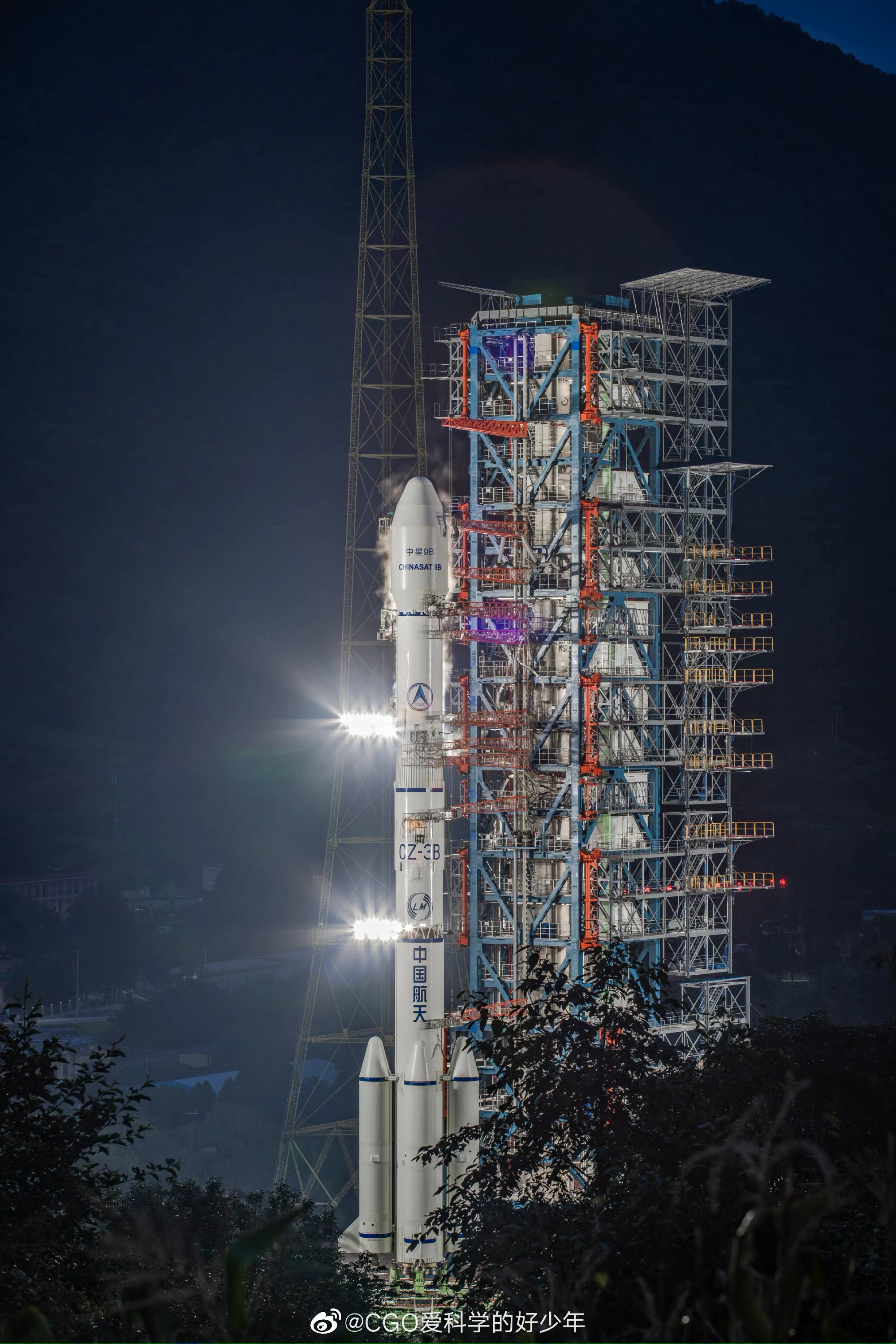 On the 9th September2021 in  Monday CNSA _China National Space Administration -China – People’s Republic of China At 1950  hours Hong Kong –Beijing Time on an. China successfully launched Satellites using the Long March 3B Chang Zheng 3B carrier rocket at the Xichang Satellite Launch Center Sichuan Province…… successfully launched the  satellite with the Long March 3B carrier rocket at  西昌 Satellite Launch Center The satellite entered the scheduled orbit smoothly, and the launch mission was a complete success. This mission is the 388rd flight of the Long March series of carrier rockets…..

Successfully launching  19:50 on September 9, 2021, Hong Kong SAR- Beijing time successfully launched the Zhongxing 9B satellite into the air with the Long March Chang Zheng 3B-to-two Yao86 carrier rocket at the Xichang Satellite Launch Center. The satellite successfully entered the scheduled orbit. Subsequently, the satellite solar wing unfolded smoothly, and the launch mission was a complete success. This marks the official “entry into the compilation” of another direct broadcast satellite in my country, and the follow-up will work with the satellites in orbit represented by the China Star 6A satellite to escort the broadcast and television security work. This mission is the 388th flight of the Long March series of carrier rockets.

The 4K and 8K HD transmissions of Zhongxing 9B help the live broadcast of the Beijing Winter Olympics] The Zhongxing 9B satellite is a geosynchronous orbit broadcast and TV broadcast satellite developed by the Fifth Academy of China Aerospace Science and Technology Corporation, and is enhanced by the Dongfanghong 4 independently developed by my country. Type satellite public platform (DFH-4E platform). As a new-generation satellite public platform, the DFH-4E platform has the advantages of high load capacity, high power, long life, and high reliability, which can meet the needs of various future communication satellite applications and has a broad satellite application market.

Zhongxing 9B is a high-quality satellite that meets the requirements of my country’s live TV transmission and ensures the safe broadcast of broadcast and TV live broadcast services. Compared with the China Star 9A satellite, the China Star 9B satellite has a larger coverage area and a stronger coverage area. It can provide more high-quality broadcast and TV live broadcast services for the vast number of direct broadcast satellite users in China’s territory and territorial waters. The satellite has 3 downlink beams, namely the national beam, the sea area beam and the southwest beam. The sea area beams fully cover my country’s four major territorial waters, and the southwest beam is a new beam, which can further enhance the satellite’s coverage of the southwest region.

The successful launch and in-orbit operation of China Star 9B satellite will significantly improve the transmission performance of direct broadcast satellites. The Zhongxing 9B satellite based on the DFH-4E platform has specially designed a special transponder, the downlink signal strength has been significantly enhanced, and the 54MHz broadband channel has been added, which can realize 4K and 8K ultra-high-definition TV program broadcasting. The ability to provide high-quality live broadcast transmission services for large-scale events or sports events.

In this mission, the solar wing quickly unfolded after the satellites and arrows were separated, which further improved the energy security of the satellite after launch.